Home » All society » John Harrison: The Yorkshireman and the Moon

The Yorkshireman who made space exploration possible

Neil Armstrong, shortly after he had returned from his historical journey to the moon, dined at 10 Downing Street – the residence of the British prime minister.

In his speech, he paid tribute to the Yorkshireman who had made space exploration possible; John Harrison.

As you can see from his portrait above, John Harrison was born in the seventeenth century.  This was in the tiny village of Foulby which is located near Wakefield in Yorkshire.

His father was carpenter on the local estate. Nostell Priory, and John – the eldest of five children – received only the rudimentary kind of education that was available to country folk in those days.

He taught himself to become a clockmaker. A handful of the clocks he created still survive today.

He then went on to create turret clocks for public buildings, all the time increasing his knowledge about the movement of the timepiece and how it could be improved upon.

These clocks were. advanced for their day and acknowledged as being the most accurate yet all the time, Harrison sought to improve hiswork and seek out new challenges. His fame grew. 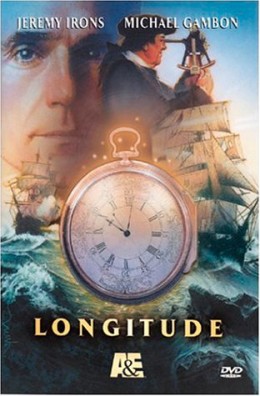 A huge problem for marine navigators at that time was determining exact latitudes. The answer, Harrison knew, would be found in the invention and creation of an accurate maritime clock.

The government of the day was so concerned about the problem that they offered a huge amount of money to anyone who could solve it. Harrison entered the into challenge with gusto.

Others were working towards the same goal but John Harrison was convinced that he would be the one to produce the idea clock that would solve this enormous problem.

All overseas travel, international trade and indeed wars took place on the ocean so it was imperative – and important for the betterment of mankind – that a maritime clock would be developed to ensure that ships could sail with accuracy.

Harrison worked for years on the project. Every new iteration of his marine chronometer was an improvement on the last but he refused to give up the challenge until he had achieved perfection.

He achieved his goal. This was seen,and stillis, as a major revolution in the field of accurate navigation.

Hundreds of years later, the first man to walk on the moon make sure that he gave tribute to the man who had largely made it possible

A film was made of John Harrison’s struggle to produce the perfect marine chronometer. It’s totally fascinating. The link under the image above will show you more details.