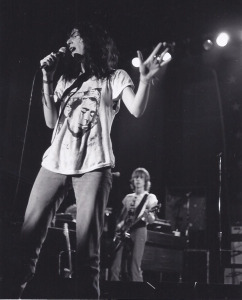 I first heard Patti Smith as a teenager. The song – if you can call it a song, was Piss Factory, an extraordinary conversational poem set to haunting improvised free-jazz piano by Richard Sohl. It turned out to be from Patti Smith’s first recording session, and tells a story partly related to her time working in a low paid job back in New Jersey, at a factory that made baby buggies. It was a soul destroying environment, and tells of a worker with ambition to leave this depressing dead end job, move to the big city and become a big star “Never return, no, never return, to burn out in this piss factory, And I will travel light. Oh, watch me now…” 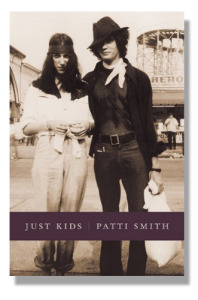 Her book, ‘Just Kids’ tells the story of how she did just that, moving up to New York with just a few dollars and an address on a piece of paper. On virtually her first night in New York City she meets a young man who she would share this extraordinary journey with. His name was Robert Mapplethorpe, who, like Patti would live a hand-to-mouth existance as they worked to make it as artists. Mapplethorpe would become of the America’s most uncompromising photographers, and Patti Smith one of the world’s most celebrated rock stars.

Being familiar with Piss Factory, rather than the proto-punk poet-laureate star that she became, really helps to understand the kind of artistically uncompromising figures that both Patti and Robert were in 1970s New York. Muscially it is a New York classic alongside Lou Reed’s Walk on the Wild Side from the same times. The relationship between the two was really remarkable. In those days New York was a rough, inhospitable place, and they worked for years living amongst Chelsea Hotel hipsters, old beat poets and post-Warhol acolytes.

Patti’s book perfectly tells the tale of this rags to riches existence, and pulls no punches. It reminded me of my own first steps into a big city, in this case London. I showed up on the rainy streets of Bayswater, with an old army kit bag and a few quid in my pocket. It didn’t start well as my bank card was swallowed up by a hole-in-the-wall later that night, leaving me with no money to pay for a hotel room. Incredibly some Iranian guys running liked my sob-story and put me up in a tiny room in their B&B overlooking Gloucester Square until I found somewhere more permanent. Sometimes a city seems to smile on you, and put you right.

Mapplethorpe’s incredible career was cruelly ended by an AIDS-related illness, and ‘Just Kids‘s final chapters are genuinely poetic and moving as she describes his final days. The book is beautifully written, and tells it warts and all. It brings me back to her music with a new insight into how she created the finest fusion of poetry and music since Bob Dylan, and it places Robert’s beautiful and sometimes shocking photographs in a whole new setting. 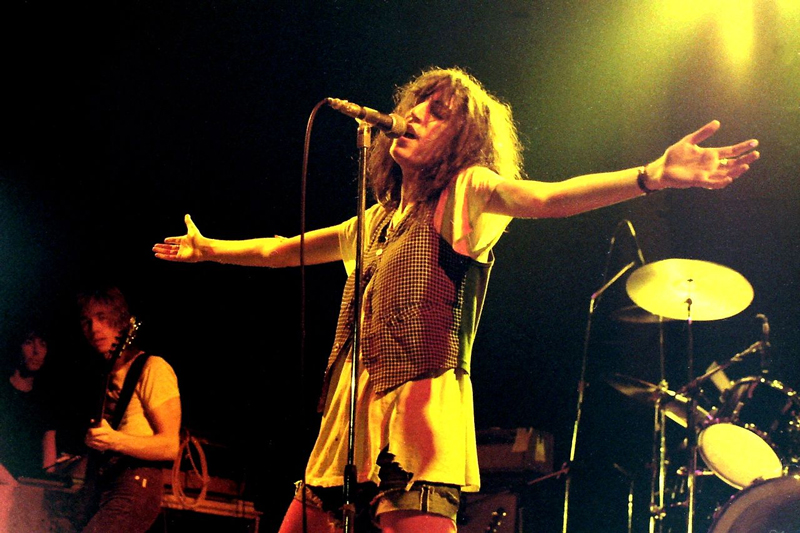