If you look up Dale Tryon in Wikipedia, you will read that she was a ‘close friend of Prince Charles and Diana, Princess of Wales’. That is not strictly speaking true.  Dale, known by the nickname of Kanga, was actually Charles’ mistress prior to his marriage and as such, a rival for his affections.

Her story is tragic. 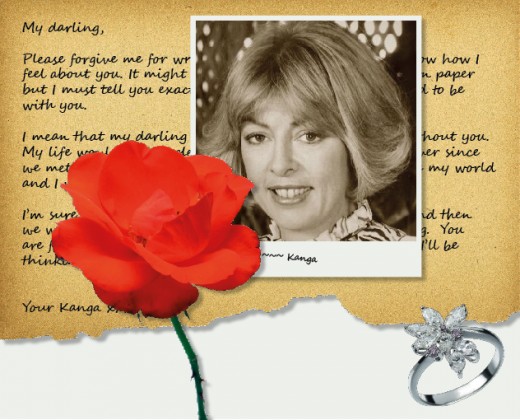 Charles loved women who were blonde, attractive and relatively buxom and Camilla and Kanga both fulfilled these requirements.

The English aristocracy has always favoured mistresses who are married and this applied to both ladies.

The reason for this is that married women are much more discreet.

But that’s where Kanga went wrong.

She was a lively, outgoing Australian girl. She wasn’t accustomed to the unspoken rules of British upper-crust life.

This is one of the aspects of her personality that attracted Charles; she did not defer to him but was natural and fun.

She was desperately in love with him.

The problem was though that whereas Camilla knew how to be discreet, Kanga flaunted her relationship with the prince. Reporters and photographers from the time say that she would telephone them to let them know where she was going with the prince so that they could get exclusive stories.

This is considered by the royal family to be a huge betrayal.

Once Camilla was married, she was certain that the prince would remain her friend but anything beyond that would be impossible. She knew that the prince had to produce heirs and that, even if she divorced her husband, she wouldn’t be seen as suitable as the mother of his children. She accepted this.

It seems that Kanga, being brought up in free-and-easy Australia with no traditional society rules, still wanted her prince, even when the relationship had cooled.  She talked to the media, appeared on the television and even, as a personality ‘close to Prince Charles’ appeared on game shows.

Capitalising on her notoriety and aristocratic connections, she opened a fashion business. She even persuaded the Princess of Wales to wear some of her frocks. But tragedy was just around the corner.

She suffered from ill health and, reportedly, enjoyed drinking quantities of champagne and vodka. As she was recovering from her illness, she booked herself into rehab centre to control the boozing and to cleanse her body of the many medications she had been taking.

During her stay there, she fell from a window, broke her back and became paralyzed, spending the rest of her life in a wheelchair.  Reports state that she ‘jumped’ from the window. Others suggest that a third party was involved. You’ll see in the video below that her husband was particularly vehement in denying that she was pushed.

Shortly after Diana died in Paris, Dale was admitted into hospital where she died of septicaemia. You can imagine what conspiracy theorists made of this. She was only forty-nine years old.

Whatever the truth, it is a shame that such a vivacious, attractive girl came to such a tragic end.

You can decide for yourself where the truth lies by watching the video below.

This is the first short episode of a five-part series. The other episodes will show in the section at the end.