A day in Biarritz with King Edward

Home » Featured » A day in Biarritz with King Edward 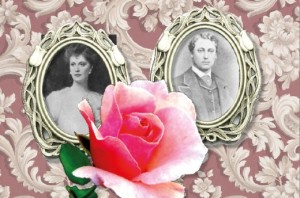 King Edward VII was remembered with affection but he certainly enjoyed the pleasures of the flesh.

He was known for enjoying fine foods, wines … and the company of his mistresses.Plural.

His final mistress was Alice Keppel; the great-grandmother of today’s Duchess of Cornwall – the former Camilla Parker Bowles.

For about a month every year, Edward would travel to Biarritz, a resort on the French coast. It was understood that his wife, Queen Alexandra, did not accompany him.

A few days before the king departed for his vacation – usually in the springtime – his mistress would travel to France.

She would be accompanied by her two daughters, their governess, their nurse, a ladies’maid and a member of staff supplied by the palace. They and their enormous amount of luggage would use a specially-reserved railway carriage that left Victoria Station in London.

The party would then board a boat to cross the Channel,on which they had a reserved suite of rooms for the short voyage. When they arrived at Calais, the kings’mistress and her entourage would be escorted though the customs formalities and would once again board a train with a specially-reserved suite.

They would then retire to bed as the train sped towards the coast. When they arrived at Biarritz, they would be escorted to a large, private villa where an entire wing would be at their disposal.

A couple of days later, King Edward would travel to the resort and stay at the Hotel du Palais. He would settle into his suite of rooms and his staff would be suitably accommodated. His staff included his doctor,two equerries, two valets and two footmen. He also took his dog,Caesar.

The king always arose at seven in the morning. After his bath and a large glass of milk, he dressed immaculately then enjoyed a breakfast of  eggs, bacon, grilled trout and milky coffee before spending the rest of the morning working on matters of the state. At promptly 12.15 Alice Keppel would join him and they would go for a stroll along the resort’s promenade.

The couple usually returned to the king’s suite for lunch where waiters would wheel in meals to be served by the king’s own staff. A favourite lunch was a starter of plovers’ eggs, followed by fish – likely to be trout,salmon or sole – in preparation for the main course. Because the king disliked red meal, this was normally poultry or game. The king’s favourite dessert was composed of strawberries and throughout the meal he would drink wine,Perrier and champagne.

In the  afternoon, it would be time for an excursion into the countryside by car. The king had a fleet of vehicles driven over from England. If the couple chose to have a picnic, faithful retainers would be part of the convoy and would set up a table with linen tablecloths and napkins, silverware and glasses.

Largely,the population left the king and his mistress in peace. For the French, it was expected and only correct that the king should enjoy a month’s vacation in the company of his favourite.

Returning to his hotel, the king would spend more time working on his papers and then dress for dinner, which was served promptly at 8.15 in his hotel suite.

Alice Keppel was always in attendance and often guests – no more than eight – would be invited, the men dressed in formal eveningwear and the women in their jewellery and finery.

The meal would be even more extravagant than lunch. After dinner was the time for cigars, brandy, card games and conversation.

When the party broke up – usually at about midnight – Alice would remain for a time to ensure that the king had a suitable end to his day.