Home » All books » King Edward VII: The King in Love

The King in Love: By Theo Aronson 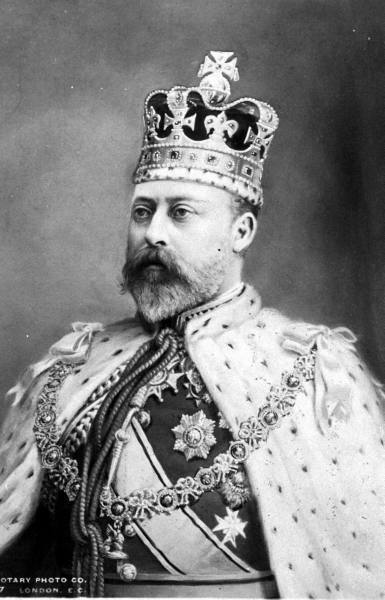 Edward, the eldest son of Queen Victoria, had to wait until he was sixty to become the king. Before he did, and when he was the Prince of Wales, there was a danger that he would be under-occupied.

Unlike today’s royal family, there were no overseas tour to undertake, no media to satisfy and no supermarkets to open.

To Edward’s discomfort, his mother the queen wouldn’t allow his access to state papers so he wasn’t even her deputy.

So Edward lived a pleasant life and enjoyed the pursuits of a country gentlemen when at his home in Sandringham and the life of a society leader when he was in London.

As was perfectly normal in those days, he opening enjoyed his mistresses too.

But don’t get the idea that he was a layabout or unworthy. He was a kindly and friendlyman and when he eventually did become the monarch, was greatly admired.

He had married the rather stunning Princess Alexandra of Denmark when they were aged twenty one and eighteen respectively. It was a happy marriage and Alexandra usually was most understanding about his affairs.

After all, it was fully expected in those days for a married man who was a member of the aristocracy to indulge himself in such matters (and many of the women too – Edward’s favourite mistresses were all married).

He had three long-time mistresses.They were:

The mistresses knew their place. They knew exactly what their roles were in Edward’s life and performed them admirably. They were largely discreet and a comfort to the prince. Mostly their husbands were tolerant of their wives’ relationship with Edward and indeed, it even gave them reflected kudos. And Princess Alexandra was equally tolerant, not turning hair when her husband took his mistress of the time abroad or to English seaside resorts.

Her least favourite was Daisy Brooke. Alexandra and Lillie Langtry had a reasonably friendly relationship as she did with Alice Keppel – to some extent in later years.

However, the author of this book, who used never previously released information, debunks some of the myths that have grown up over the years about the royal marriage and the various relationships within it.

One ofthe most enduring myths was that Alexandra sent for Alice Keppel when her husband was dying so that they could make their last farewells.

The book also shows that Edward was loyally friendly to his mistresses even when their relationships were over. He was grateful to them for bringing him joy and never forgot them.

I highly recommend this book. It takes the reader into another world – a world of glittering parties, the nuances of sexual intrigues and a high society that is completely unfamiliar to us today.