Who was Lady Anne Savile? 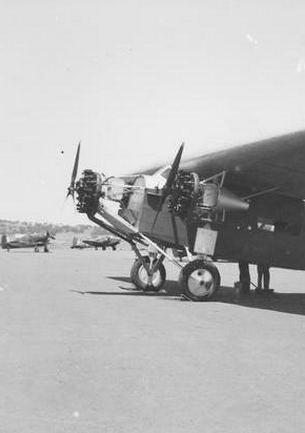 Actually, she was Princess Anne of Löwenstein-Wertheim-Freudenberg but Anne Savile, her maiden name, is considerably less effort to type.

She was a rather eccentric aviator in the times when flying was still new and extremely dangerous – as she discovered.

Lady Anne was born into a wealthy and titled British family. Her father was the Earl of Mexborough. When she married Prince Ludwig of Löwenstein-Wertheim-Freudenberg in 1897 she automatically became a German citizen.

The marriage was a short one however as the prince disappeared from London society the following year.  It may be that Anne knew of his whereabouts or he might have simply told her he was popping out for an evening paper but in fact he was in Manila taking part in the Spanish American War.

He was last seen at Furageros on 26 March 1899 (less than a year after the couple’s marriage) and it’s thought that he was killed shortly thereafter by an American bullet.

Anne didn’t remarry and she retained her German title – even when Germany and Britain were fighting each other in the First Word War. Just before the war she became the woman to cross the Channel by air – as a passenger. Her next jaunt was from Egypt to France.

She became more and more interested in flying during the war, still as a passenger, and because she was a wealthy woman, decided to purchase her own plane. But with her unusual nationality – a British born aristocrat who was a German princess –  she was suspected of being a spy.

She returned to England after the war and reclaimed her British citizenship. Although Lindbergh flew from New York to Paris, by 1927 no-one had yet flown across the Atlantic from east to west. When Anne heard that a rather dashing Captain Leslie Hamilton was trying to raise the funds to make the attempt, she agreed to sponsor him and fund the trip.

Her condition was that she should accompany him on the attempt. She was sixty three years old at the time.

Hamilton was reluctant – he told friends that he wished he didn’t have to take her as a passenger but as the sponsor and purse holder, she had the upper hand.

On August 31st 1927, she arrived at the Wiltshire aerodrome in her Rolls Royce. She was dressed for the trip in purple breeches, a matching jacket, silk stockings and knee-high boots. She dramatically removed her coat and climbed into the plane in which Hamilton and his co-pilot were waiting. With ceremony, the plane took off.

It was sighted over Ireland and from a ship in the Atlantic. They never reached America and not a single trace of the plane and its occupants were ever found.