The Short and Sad Life of Lady Catherine Grey

The short and sad life of Lady Catherine Grey. 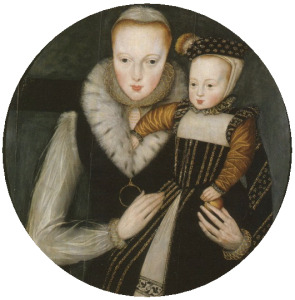 Catherine Grey was born in 1540 and was in direct line to the English throne. When she was born, King Henry VIII was still alive and ruling the country.

When the throne passed to his son, Edward VI, the young king named his cousin, Lady Jane Grey – Catherine’s older sister – as his heir.

Queen Jane’s reign only lasted for a couple of weeks before Henry’s daughters took over – the eldest daughter Mary ascending to the throne and then her younger sister, Elizabeth I on Mary’s death.

The meant that Catherine, still a young girl when Elizabeth became queen, was strongly in line. She was young, healthy and well-educated – was she a threat to the queen?

In her short life, Catherine was married twice. On the first occasion, she had little say in the matter. It was usual for young aristocratic girls to be married at an early age in those days, to other noble families. When she was only twelve she was betrothed and married a year later.

By the age of fourteen,she was what we would refer to as divorced today. However,once her sister the queen, Jane Grey, had been deposed by Mary, her husband’s father wanted to disassociate his family with the Greys and called for – and achieved an annulment.

However, thanks to the efforts of their mother, Catherine and her younger sister were still accepted by Queen Elizabeth’s court.

Catherine then fell in love with another member of a noble family- Edward Seymour. The two conducted their courtship in secret and eventually had a secret marriage ceremony. Did Queen Elizabeth suspect this? It’s possible because she sent Catherine’s young husband on a tour of Europe. But worse was to follow.

During his long absence, Catherine discovered that she was pregnant. She and her husband Edward had married without the queen’s permission and now the truth would have to come out. Elizabeth immediately had Catherine arrested and taken to the tower. When Edward returned from Europe, he too was imprisoned. The courts could find no record of their secret marriage and the son that Catherine gave birth to was deemed to be illegitimate – and therefore no threat to Queen Elizabeth’s reign.

But Edward and Catherine were not be separated for long and she later gave birth to another son, again in the tower.

Catherine’s ability to give birth to sons was obviously a threat to Elizabeth’s reign. There were those who wholeheartedly disapproved of an unmarried, childless queen being on the throne. Catherine, without meaning to be, was a  threat. Although the law-makers forced the marriage to be annulled, the two male children were definitely a threat to the queen’s security.

Thereafter, Catherine remained under house arrest in various locations until she died of consumption at the age of twenty seven.