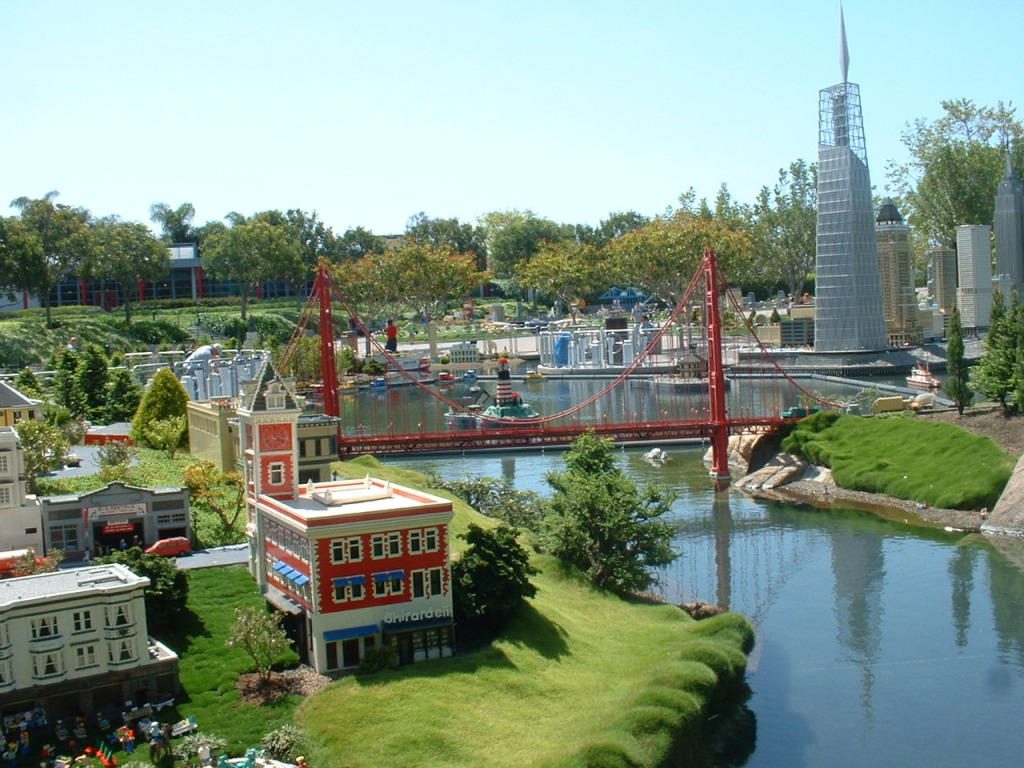 March 20th, 1999, was the grand opening of Legoland in Carlsbad, California.  The first outside of Europe, it was an instant hit.  What’s not to enjoy?

Legos themselves have been a favorite building toy since 1949.  Firmly established in that position by the 90’s, it’s no wonder a park was wanted and developed here in the states too.   Twenty million legos went into the construction of the park, now featuring sixty rides, a water park, play areas, Lego construction areas, and fun pretty much every where you look. 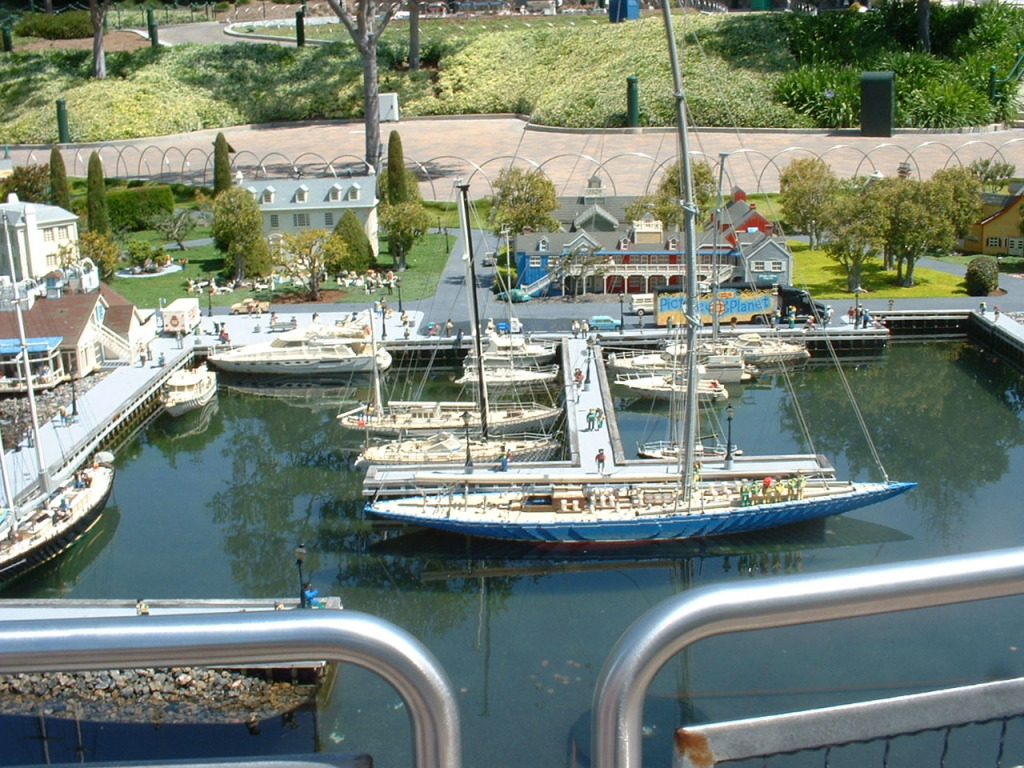 Kids and adults alike can spend hours at the park, browsing each of the intricate creations.  Miniature cities dot the park as you wander down the paths.  New York with its towering high rise buildings, Washington DC, complete with limousines driving on the little streets, NASA, and so much more.  The details are so great that you can see workers through the windows of offices even.

Visit even if you don’t have children!  Many of us grew up playing with Legos.  Wait until you see how creative they have been in building.  It’s fascinating to walk through the park!

The Excellent Location of Carlsbad, California — Right in the Middle 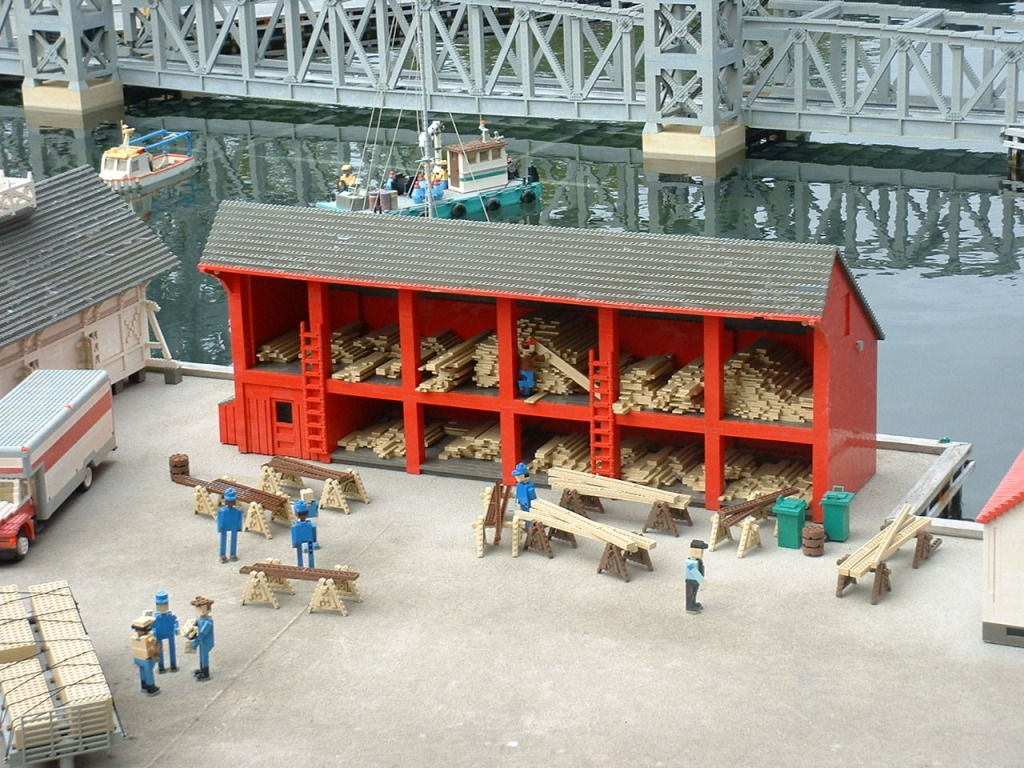 The Carlsbad location is a perfect central location for family vacations.  Located in North San Diego County, it sits near the ocean in the center of some of the most popular theme parks and animal parks in the United States.

To the south you will find the famous San Diego Zoo and the wonderful Sea World Park. To the east, the San Diego Wild Animal Park where you can see animals in their more natural habitat. 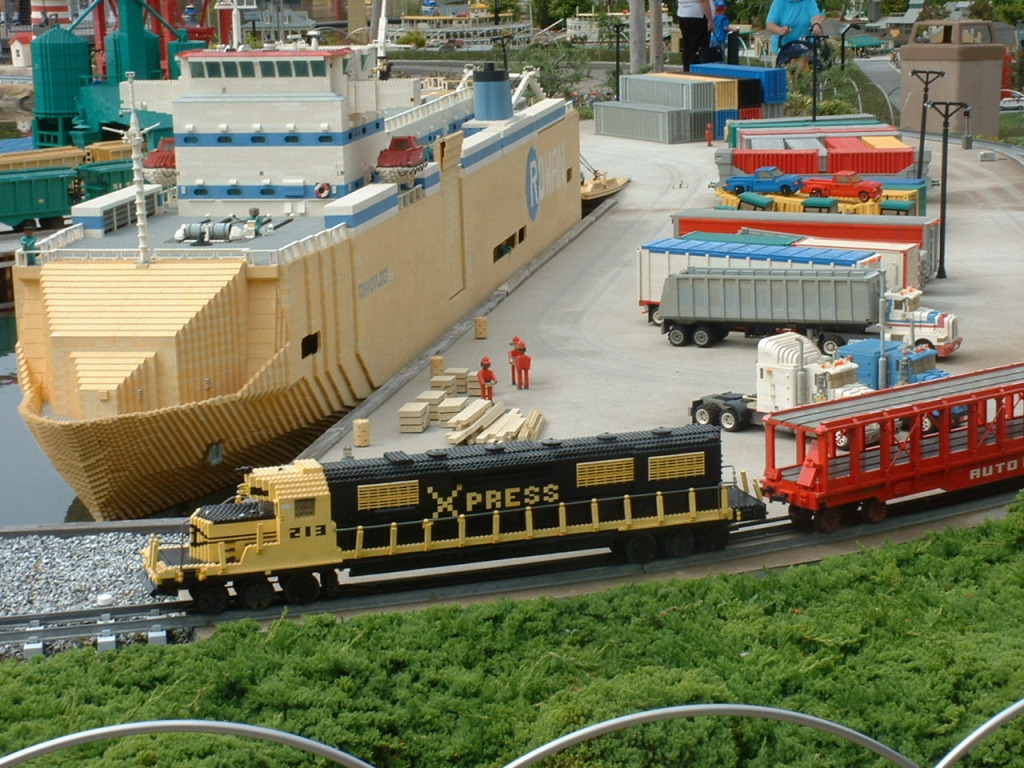 One hour to the North you have the original Disneyland–still the best Disney ever, as far as I’m concerned!  Besides Disneyland, you can visit Knott’s Berry Farm as well with its fantastic roller coaster rides.  If you want still more roller coasters, one hour further north is Magic Mountain.

All of this, and in between park jaunts,  you can enjoy hotel on or near the beach in the mild Southern California temperatures.  Watch dolphins swim by and surfers ride the waves out in the water or go for a swim yourself. There really is something for everyone.

Legos around the world

The Carlsbad location was the 4th Legoland to be built.  The first park is in the home country of Denmark, the second in Windsor, England.  Gunzburg, Germany is home of the third park.  After the Carlsbad location, there were parks built in Winter Haven, Florida, and one in Malaysia.  There are also 8 Lego Discovery Centers. 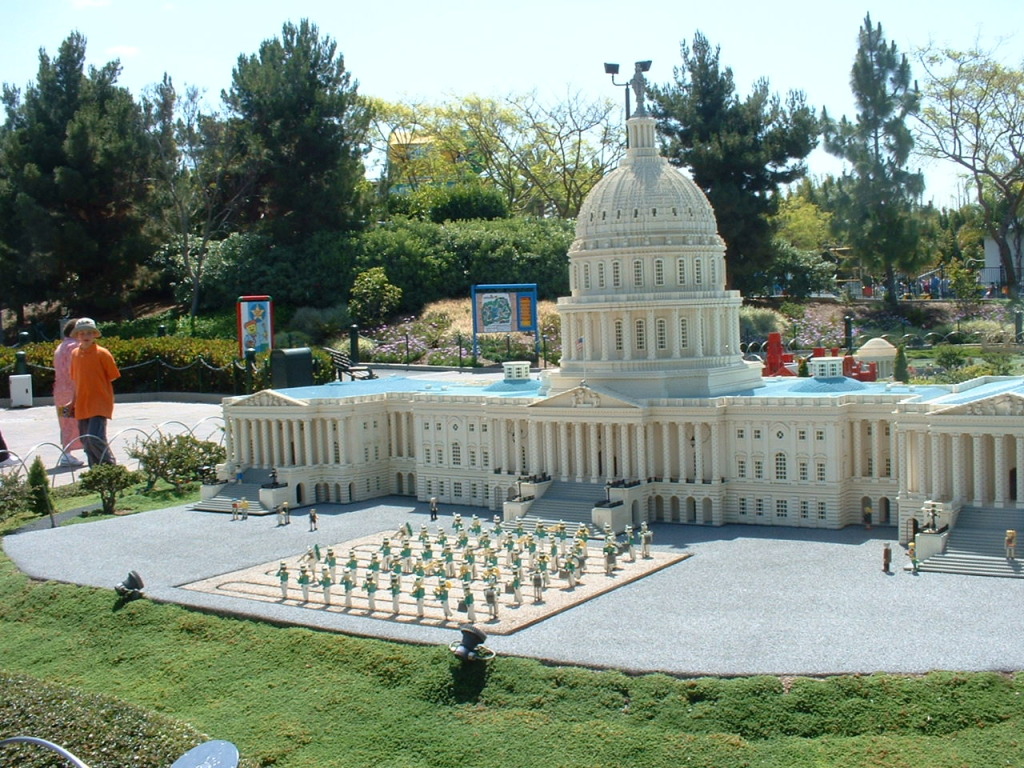 Legos are now a traditional toy, well constructed, offering more advanced building opportunities and designs, still using that basic well designed stackable Lego.  The theme park in Carlsbad is definitely worth a trip to southern California to broaden any imagination.   It must inspire adults and children alike even as they walk through the entrance gates.  Happy 15th Anniversary Legoland Carlsbad! 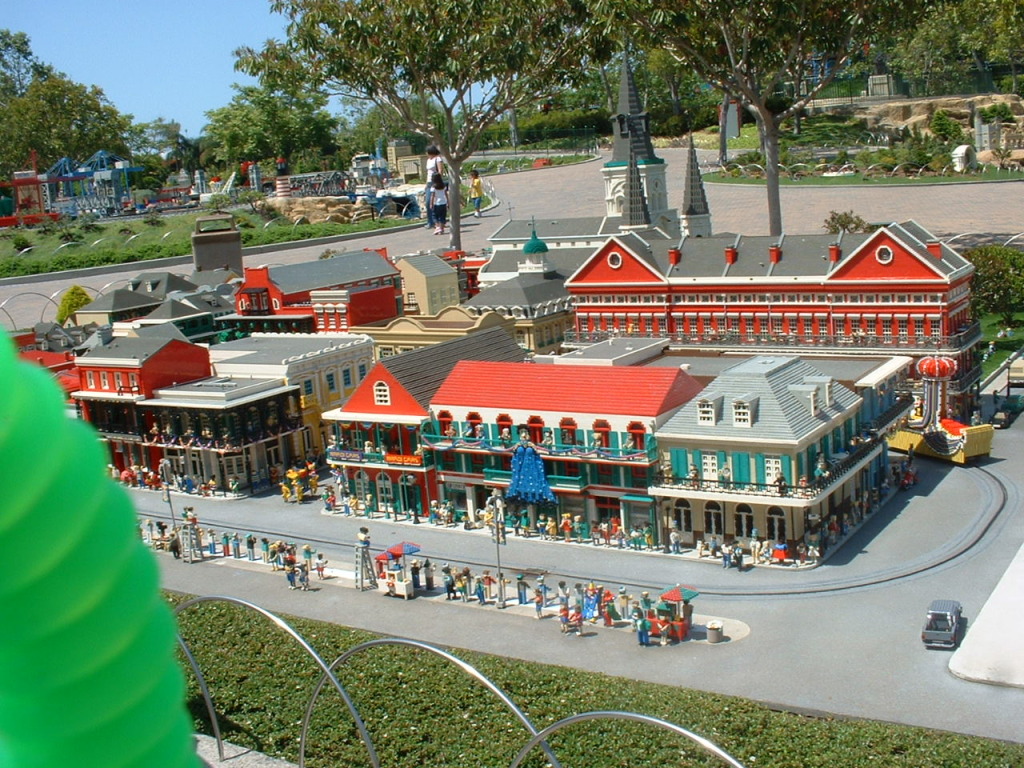 Isn’t it amazing that all the scenes are legos?

There is a huge variety for every ages in the new Lego sets.  All are designed to encourage creativity and imagination.  After visiting the park, it’s clear that you can make nearly anything with Legos.  Fun for you and your child–Why not build it together?