Life After Life by Kate Atkinson

Home » All books » Life After Life by Kate Atkinson

Life After Life: A Novel

I’ve enjoyed every one of Kate Atkinson’s novels thoroughly and Life After Life is no exception. Just when I think that she surely can’t do any better, she goes ahead and does so.

If you’ve read God in Ruins, which I recently reviewed here, then the characters in this book will be familiar to you. Life After Life was written before God in Ruins but that doesn’t mean that you have to read them in that order – I didn’t – as both novels more than stand upon their own merits.

Both books are set primarily in the Second World War and Life After Life begins in 1911 when Ursula is born to Sylvie and and Hugh Todd in rural England.  We follow Ursula through her life or rather, we read about the various versions of her life.

We all make choices in life which affect our futures monumentally and in this novel we see how Ursula’s choices can even be a matter of life or death – for herself and for others. Gradually, Ursula realises that she is able to change outcomes and in one version of her life, she spends time in Germany where she meets a seventeen year old girl called Eva Braun.

In one reality, Eva was destined to become the mistress of a powerful man. She married him and 1945 and shortly after the ceremony, she took a cyanide capsule and her husband of a couple of hours shot  himself as Russian soldiers approached Berlin. His body and that of Eva Braun Hitler were then burned.

In that reality, Ursula spent a truly harrowing time as a rescue-worker during the London Blitz. Her younger brother Teddy was a bomber pilot in the Royal Air Force. She saw unspeakable horrors during the Blitz when London was bombed by the Luftwaffe  – during which time her brother was wreaking a similar chaos on the citizens of Germany.

Can Ursula change that reality? 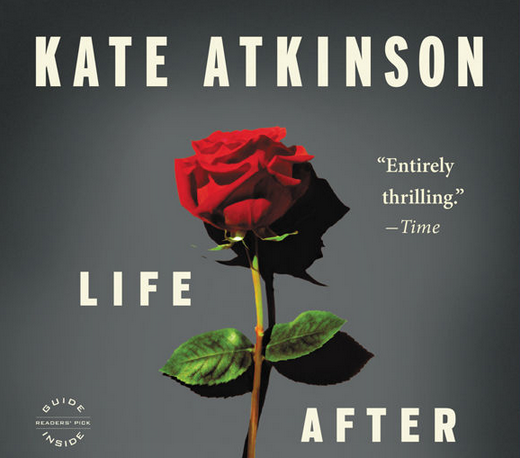 Life After Life: A Novel