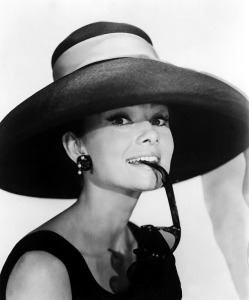 When we hear the name Audrey Hepburn, we each probably visualize her in our mind in one movie or another. She has overcome all generation barriers as an example of style and class. In fact, she may be the first we think of when it comes to style.

What was your favorite movie that starred Ms. Hepburn? Roman Holiday? Sabrina? Breakfast at Tiffanys? She was featured in some wonderful roles that seemed to be made for her. I think my personal favorite was Wait Until Dark. The suspense and her charm made that one I’ve watched repeatedly over the years.

For what we do know about her, there are many tidbits of information that you might not know. Here are just a few…

She died much too young, at the age of 63, of appendiceal cancer.

Audrey Hepburn, now an icon, was (and still is) surprisingly well liked. In the biography by Barry Paris he begins with that; no one has anything bad to say about her. Apparently she was kind and warm and beloved. Rather like most of us still picture her today.