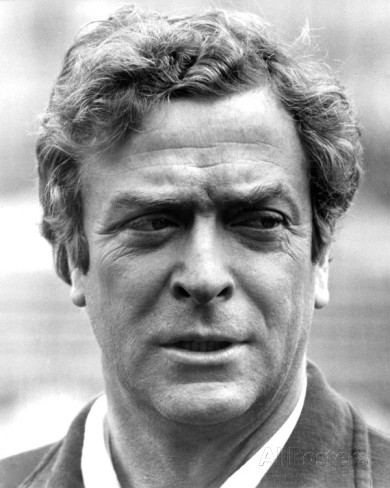 When actor Michael Caine and his younger brother, Stanley, were growing up in London, on every single Monday their mother used to go to visit their Aunt Lil.

The two boys never thought anything about it – it was simply part of the family routine.

But many years later, in 1991, the actor found out the truth.She had been going somewhere very different indeed.

Michael Caine was in Los Angeles,making a movie.

Meanwhile, back in England a tabloid newspaper, The People, were investigating conditions in the rather macabre conditions in what were then known as lunatic asylums.

At one of these establishments a reporter was speaking to one of the residents who pointed out a man sitting in a wheelchair. “See him?’ she asked ‘that’s Michael Caine’s brother.’

And it was. In fact, his half-brother. Michael had no idea about his existence.

The boy had been born to Michael Caine’s late mother before she was married. No-one knew the identity of the illegitimate child’s father.

And no-one in the family had been aware of the boy, David. Yet his mother had visited him every Monday for sixty seven years.

He had been born with epilepsy and repeated bannging of his head had caused severe brain damage – his young, unmarried mother had no choice except to put him into an institution.

The newspaper, rather than splashing the story all over their frontpage, contacted Michael Caine in America and told him about the existence of his half brother. He was shocked to hear about it but this emotion changed to absolute admiration for his mother and her dedication.

His mother had made the staff at the institution swear (on the Bible) that they would never reveal that David was Michael Caine’s half-brother; she thought that it could have an adverse effect on his acting career. David however did know – his mother had given him a framed photograph and David had watched Michael’s films on television.

When Michel returned to the UK, he immediately went to see David. As he explains, there was little he could do for him other than make his remaining life more comfortable. David was simply happy knowing that he had a family who cared about him. David died shortly afterwards and his ashes were placed alongside his mother’s.

When Michael and Stanley were growing up, there was nothing their mother wouldn’t do for them.

Michael Caine, in his autobiography concludes the story of his long-lost half-brother and the devotion of their mother by concluding:

There was nothing Ma wouldn’t do for her boys – but perhaps that was also because there was one boy she hadn’t been able to do much for.