Microwave ovens: Yes or no?

Home » All lifestyle » Microwave ovens: Yes or no?

Microwave cooking: Yes or no? 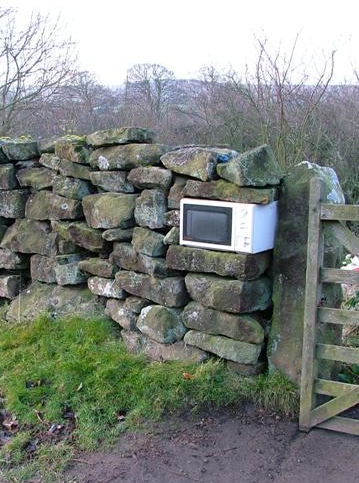 It’s quite surprising how divided opinion is about microwave ovens. At one time, a microwave was an essential in my kitchen but I haven’t owned one for years.

Some people say this this is food snobbery.

Yet although so many people own microwaves (83%of households in the UK) surveys show that they wouldn’t want to think that meals served to them in restaurants are cooked using this method.

Perhaps they feel that this is ‘cheating’ and they’re not getting value for money?

I don’t know about you, but I never cooked ‘real’ meals in a microwave. My mum mostly used hers for heating up cups of coffee that had gone cold.  I used mine primarily for softening butter – oh, and I thought baked potatoes would be good too but they’re just not the same. (Or is it just me who thinks so?)

I have a feeling that microwaves are usually used to cook those ready-meals that you can buy in the supermarket.

Advocates of the microwave say that cooking this way is more environmentally friendly because they use less electricity but I’m still not convinced. They also say that it’s cleaner which, I have to admit, is true. Making oatmeal in the microwave, in the bowl that you’re going to eat from, does save cleaning a gungey pan.

But neither of these arguments convince me because to me, the food just doesn’t taste the same.

The BBC recently went out onto the streets to ask the British public about their microwave habits. No-one said that they used it for making ‘real’ meals.  They were mainly used for reheating leftovers. Everyone spoken to said that yes, the microwave was convenient but they could easily live without it.

I must admit, I do like to see the recycled microwave in the photograph above, doing duty as a mail box 🙂

Not Your Mother’s Microwave Cookbook

Food experts are trying to persuade us that microwave cooking can be as nutritious and tasty as cooking by regular methods. They say that microwaves are better now and that really we should be embracing them as a way to save energy costs. They also say that nutrients are lost when conventional methods are used.

I wonder if this is correct? For many people, they were brought up with a microwave in the kitchen and saw them being used for heating cold cups of coffee or frozen ready-prepared meals. The book on the right is a good example.

They say that we should learn to use the method properly.

Are we on the brink of a microwave revolution?

I just wonder about things that are so fast. I remember Willy Rushton writing many years ago that it seemed wrong to be able to get from London to Paris in an hour. ‘Paris isn’t an hour away,’ he said ‘if it was, it wouldn’t be nearly as foreign’.

I wonder if I have the same attitude towards microwave cooking?