Misheard Lyrics – What was that again?

Home » All entertainment » Misheard Lyrics – What was that again?

Driving home from work tonight I had on one of my favorite British bands, The Jam.

On their album ‘All Mod Cons’ there is a lovely ballad called ‘English Rose’ which contains one of those lines that I’ve never been able to figure out.

“No matter where I roam, I will return to my English rose For no buns can ever tempt me from she…” 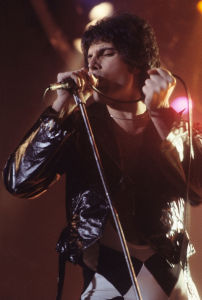 Sometimes a misheard lyric can stay in the mind for years, and in some cases totally change the precieved meaning of a popular song. It’s not difficult to mishear – after all one of the legendary songs of rock and roll – ‘Louie Louie’ has lyrics that have defied interpretation for decades. Sometimes, thanks to a mumbled radio announcement you can fully understand why some heard Andy Gibb as “Auntie Gibb,” Hall and Oates as “Hollow Notes,” and Sam and Dave as “Salmon Dave.”

Arrested Development had a hit with a profound song called “Mr. Window” which seemed to be quite a profound meditation on the homelessness. The metaphor of the window brought up the idea of the protagonist being someone you looked through, or saw a reflection from. Weeks later it became clear that the song was actually called Mr. Wendell. It didn’t diminish the song, but I’d clearly read more intent into the song than was really there. 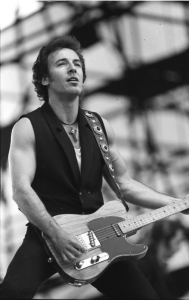 Sometimes, with songs that are intentionally unintelligible the malapropisms are just there for the taking. Take Bruce Springsteen’s ‘Blinded by the Light’  is mostly rhyming doggerel, but that hasn’t stopped some folks digging out a few choice mondegreens – such as the famous “rapped up like a douche, another rumour in the night…” line. Bruce himself has joked about the controversy, claiming that it was not until Manfred Mann rewrote the song to be about a feminine hygiene product that it became popular.

I rather like the idea that Elton John opened Candle In The Wind with “Goodbye, aubergine…”;  Mick Jagger will “never leave your pizza burnin” , Robin Thicke holds that “mushrooms are nasty”, for Crystal Gayle “Doughnuts make my brown eyes blue…” and Sir Mix-a-Lot liked “big butts in a can of limes”. Of course K.D. Lang just “Caaaaan’t… staaaaand… graaaaavy…” and Freddie Mercury requests that we  “spare him his life for his pork sausages”. The food just keeps on coming if you’re hungry.

When I got home I looked up the lyrics to The Jam’s “English Rose” to check out his buns reference.

Bonds!. No bonds can ever tempt me from she.”

THAT’S what he’s singing about.

‘Scuse me while I kiss this guy…