I’m always a sucker for Brits who came to America on vacation and never got around to leaving.

Jon Cleary turned up in New Orleans in his teens and ended up working doing odd jobs and bar work in one of New Orleans liveliest live venues. The star attraction at the The Maple Leaf back then was one of the great barrelhouse blues pianomen, James Booker, and Cleary got to watch Booker doing his own thing before the customers packed the place. 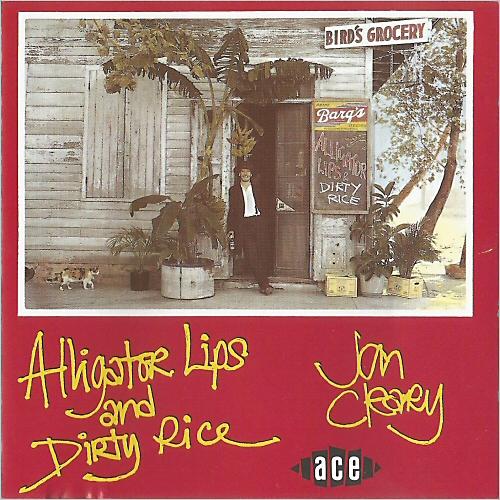 Jon Cleary taught himself the ‘Fess’ licks and the gumbo funk and slipped into the easy piano styles of Professor Longhair, Dr. John and Walter “Wolfman” Washington, who invited Cleary to join his band. He’s become of the living legends of New Orleans, with a fine rep as a sideman and storyteller.

One song that he wrote has rapidly become one of my all time favorite ballads.

It turned up on a HBO series set in New Orleans called Treme – a show known as much for its casting of the finest Norlins musicians as it is for its post-Katrina dramatics. If you want to chase it up it is midway through Series Two/Episode 10 called That’s What Lovers Do.

Jon Cleary plays Frenchman Street Blues in a bar scene, with one of the show’s main characters looking on. The character had witnessed the violent shooting of a street musician (played by Steve Earle) and Cleary’s song, penned for the funeral of a friend who had recently died, was very appropriate.

Jon’s connection to the song is very personal, and the elquence of the lyrics reflecting the positive nature of his friend is very moving. The opening lyric reads ““Scatter my ashes on Frenchmen Street, and don’t be upset at the news…”.

Jon puts a lovely classical reference into the second verse – “Hitch me a ride on a river breeze, To Elysian fields so green”. In Homer’s Odyssey Elysium was a place in the afterlife designated by the gods, for the righteous and heroic, where they would remain after death to live a blessed and happy life. Elysian Fields Avenue, of course is situated just a block away from Frenchman Street, right across Washington Square.

For me it’s not just a beautiful eulogy it is also tinged with hope and tenderness. My girl and I love New Orleans and know those bars at the south end of Frenchman  Street – the Marigny triangle. We fully intend to spend more time in that part of the world, but until we do, this song is there to bring it all back.

We’ll book a room at the R&B B&B, or the Elysian Fields Inn, and after the sun goes down we’ll head on out to The Maple Leaf, where Jon and his band The Absolute Monster Gentlemen have a Monday night residency now and again. We’ll order a Sazerac cocktail or two and drink to Jon’s old mate Mark, who inspired the song.

And a lovely take on YouTube by Blake Yaeger.

A last word from Jon Cleary’s mentor in the early days, James Booker.