Mrs Miniver: The woman who won the war. 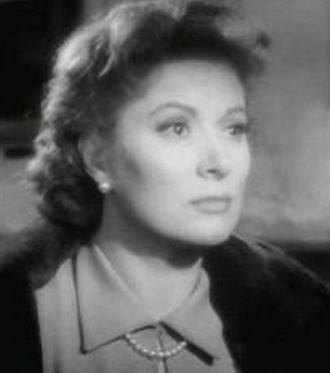 Well, not literally but Winston Churchill said that her contribution to the war was worth more than six ‘divisions of war effort’ and that she had done more for the war effort than a ‘flotilla of battleships’.

So who was she? Even more surprising than Churchill’s praise was the fact that she was a fictional character.

But it’s said that she affected the American public – and the politicians – so deeply that it was due to her that the United States joined the allies.

The character was created before the war by English writer, Joyce Anstruther. She wrote a regular column about the activities of this rather ordinary country lady that was serialised in The Times.

These were then published in book form and the volume was  huge hit on both sides of the Atlantic, containing as they did, the trials and tribulations of the Miniver family during the early part of the war. This was then made into a film which was released in June 1942 in the United States and cleared the board at the Academy Awards. Mrs Miniver was played by the marvellous Greer Garson.

The story is a simple one and reflects accurately what people were going through in the higher-class country areas in the early stages of the Second World War.

The Minivers are a wealthy family who live in a pleasant home with their own boat moored in the river at the bottom of their garden. They have three children, two youngsters and an older son who is serving in the air force. But even though they live in a sleepy village, the war is never far away, as is the reminder that Mrs Miniver’s son puts his life on the line every day as a military pilot.

When the call comes for owners of small boats to take part in the secret Dunkirk evacuation, her husband volunteers and sails to occupied France. While he is away, Mrs Miniver has an encounter with a German pilot – the enemy equivalent of her own son- who has been shot down.

Her son is in love with a local girl, the granddaughter of the local ‘lady of the manor’. Lady Beldon does not approve of a marriage between the two young people – Carol Belton is only eighteen and the Miniver boy not yet twenty – but Mrs Miniver persuades the older woman that they should have a chance of happiness because of the uncertain situation. (There is not a happy ending in this respect. This film is a weepy in many ways).

The finale of the film is the most incredible scene and President Roosevelt borrowed from it largely in propaganda leaflets. The scene takes place in the village church.It has been badly bombed and is open to the skies.

You can see the scene below. Do watch it to the end and you’ll see why it had such an effect on American wartime audiences.