Lust for Life, without question is the album that touches me the deepest. It’s by one of rock music’s most raw and outrageous singers and performers, Iggy Pop.

As a kid I was a huge fan of David Bowie, and it was an article by him in an old music magazine (Music Scene) that changed my whole attitude and understanding of rock music. In the article Bowie talked of two musicians he idolized (and would work with) Lou Reed and Iggy Pop, the latter accompanied by a now iconic shot of Iggy literally walking across his audience. As an eleven year old I was in awe of this.

Walk On The Wild Side was a fine introduction to Lou Reed, however Iggy Pop proved a more difficult figure to understand. Performing in nothing but leather pants and silver hair he was undoubtedly an amazing sight, but his music was rough-hewn and very loud.

With Lust For Life the whole picture clicked into place. It was recorded a world away from the usual rock music milieu – in an old classical recording space in West Berlin. The studio was literally yards from Die Berliner Mauer, the Berlin wall; Studio Two at Hansa Tonstudios, Berlin’s equivalent of Abbey Road.

The musicians who played on this album worked to their own pace and inspirations – a world away from it all. Illustrious contributing figures such as Robert Fripp and Brian Eno were part of an intoxicating musical mix. Between them Bowie and Iggy would record a whole series of works in a matter of months. Both men were in recovery and found the atmosphere of Berlin a huge inspiration. 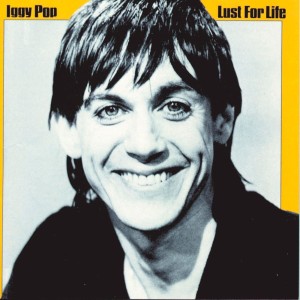 Lust for Life only peripherally includes Bowie, whose own Berlin Trilogy was exploring darker themes. Lust For Life is an upbeat bar-room blues set, played with an exuberance befitting such an upbeat title. Of course the title song – one of seven songs on the album that Bowie co-wrote – shared its name with a 1934 book about another troubled artist Vincent Van Gogh, later made into a movie starring Kirk Douglas in the lead role. Perhaps Bowie saw a parallel in his friend – a similarly tortured soul.

Iggy’s Lust For Life was reputedly put together in just eight days. It wove dark themes of struggle of death and of redemption into a relentless upbeat rock-n-roll ensemble. Songs such as Passenger, Success and the title track are such inspiring pieces of music and have been covered by so many artists since.

It is the sound of accomplished, world-weary musicians relaxing and letting off steam, and the result is one of rock music’s most beloved works of art.

When listening to Lust For Life it is impossible not to notice the musical affinities to the work done by other collaborators in Berlin at that time. Bowie and Brian Eno (who would record U2’s ‘Achtung Baby’ at the same studio years later. 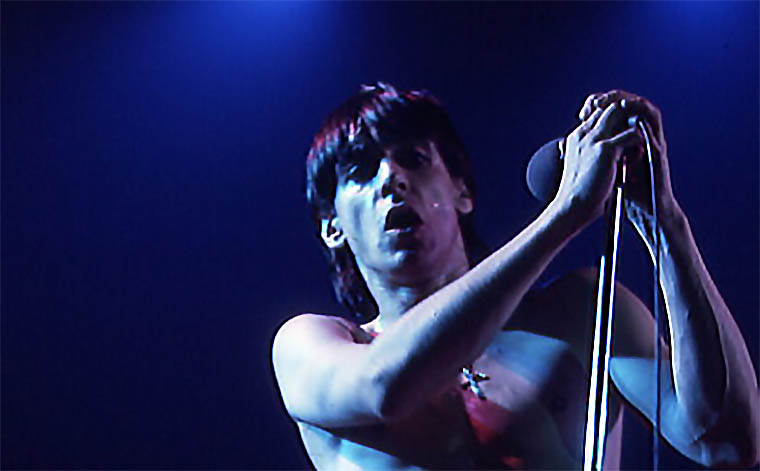