Home » All society » Myths Surrounding the Sinking of RMS Titanic. 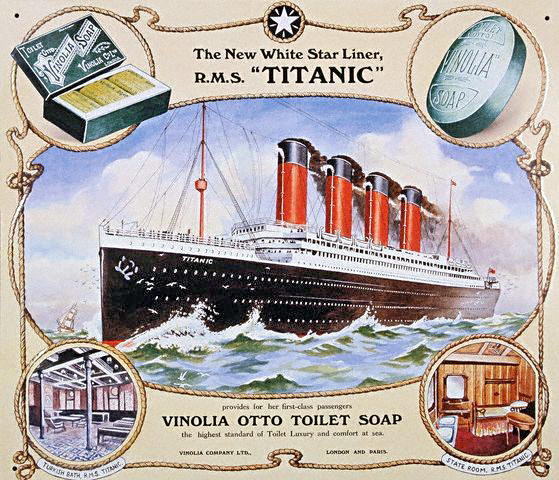 It still fascinates us, doesn’t it? And yet it seems that over the years there have been many myths and legends that have appeared surrounding the loss of the RMS Titanic.

Many of these, I suspect, have been due to the films that have been made about the sinking.

It’s such a good subject for a movie and it’s hardly surprising that filmmakers want to add their own creative touches.

But doesn’t that mean that fact and fiction become mingled?

How much of what we ‘know’ about the Titanic is actually unknown, never been proved or even false?

Of course, filmmakers generally promote such movies as a ‘fictionalised account of a real event’ but it’s just human nature for us to believe what we see on the screen, especially when historical events are depicted.

Here is a selection of myths and questions regarding the Titanic.

The Titanic was unsinkable

Of course, we know this wasn’t the case because had it been, most of us would have never heard about the ship. But research shows that no-one ever claimed that the ship was unsinkable until that April night in 1912. The general public, on the other hand, had the greatest faith in new technology.

Every effort had been made by the shipbuilders to ensure the safety of the ship, thanks to its clever watertight compartments and the press and public latched onto the innovations. Unfortunately, this care hadn’t extended to the number of lifeboats and this is what caused the loss of life. Or was it?

Whilst it is the case that it’s unlikely that the ship had enough lifeboats,  this may not have been responsible for the loss of so many lives.  Lifeboats were filled and lowered to the sea manually. There was no technology involved. The first lifeboat is said to have been lowered at about half an hour after midnight.

The last boat left the ship at less than two hours later – just before the final sinking. The Titanic sank incredibly quickly after hitting the iceberg. What we don’t know, is whether there would have been time to lower more boats even if they had existed. The lifeboat quota, incidentally, was in line with the current regulations. Lifeboats were used mainly to transfer passengers to other ships, in the event of problems – no-one expected that an entire ship would need to be evacuated.

Captain Smith was a hero

The problem with facts when such a disaster occurs is that eyewitness accounts vary so much. Some of the eyewitnesses were in a state of shock, understandably. Others were incredibly emotional, having been forced to leave their loved ones on the ship. Others simply exaggerate,  embellish or develop their stories to show themselves in a good light.

The truth is that there is no definitive account of what happened to the captain, other than the fact that he didn’t survive. Some eyewitnesses record him as being incredibly brave; others say they saw him shoot himself prior to the ship going down. What is suspected to be true though is that the captain never gave the order to abandon ship. Some people say that this meant the passengers did not realise the true danger.

‘Women and children first’ was not adhered to

Lifeboats were leaving the ship and each lifeboat area was manned by different crew members. Because this was the ship’s maiden voyage, it is claimed that the crew wasn’t fully trained procedures for such an emergency. This is very possibly the case. It was also the first time the crew had sailed together.

The final song played by the band

A matter of huge speculation was the identity of the final tune played by Wallace Hartley and his band before the ship sank. There were several conflicting eyewitness accounts. The fact is that it’s unlikely that anyone who heard the final tune survived to tell the tale. Some say it was Nearer My God To Thee, others claim it was Autumn.

When the ship went down, it is portrayed in films as being an eerily quiet affair. This makes excellent drama. But the truth of the matter is that there would have been noises – the ship didn’t break up silently, there would have been human screams and sobs. The ship was huge and the band was playing with no amplification. It’s likely that only those who were in the immediate vicinity of the band – and they would not have been survivors – knew the truth.

READ ABOUT THE WALLACE HARTLEY BAND 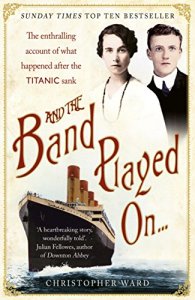 And the Band Played On . . .: The Enthralling Account of What Happened After the Titanic Sank

The book you see on the right is a fascinating account of Jock Hume, a violinist in the Wallace Hartley band aboard the Titanic.

Jock, like the other band members, did not survive.

He was only twenty-one years old and from Scotland. At the time of the sinking, his Scottish girlfriend was expecting his baby. The book tells about their lives together and the aftermath of the sinking.What makes it even more fascinating is that it is written by Jock’s grandson.

FIND OUT MORE ON AMAZON