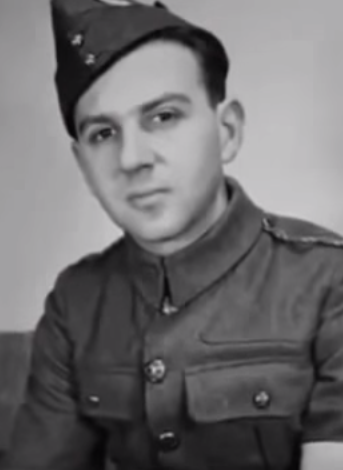 In the winter of 1938, Nicholas Winton was a twenty eight year old banker living in London. He heard about the Jewish refugees in  Czechoslovakia so instead of going on his planned skiing holiday, he went to Prague and in the months to follow personally arranged for 669 Jewish children to be transported to the safety of England.

And yet at the time, he told no-one about what he was doing.It was only discovered decades later when his wife found a scrapbook containing details of the children he had saved.

Many parents were desperate to get their children to safety, even if it was impossible to get out of the country themselves. Winton was determined to help. His first task was to persuade the British government to accept the children. He said in an interview that this was achieved thanks to a printing press. He had headed stationery printed which read ‘British Committee for Refugees from Czechoslovakia: Children’s Section to make himself appear to be official.

Using his special forged notepaper he wrote to the governments of Britain and the USA. An aide of President Roosevelt replied saying that the States was unable to help. The British government agreed as long as Winton found homes for each child. He had a short period of time in which to get the children out. He organised eight trains to transport the children. The first left Prague on March 14th, 1939, the day before Hitler arrived in the city. The Nazis allowed Winton’s trains to leave because it corresponded with their goal of ridding Europe of Jews. The trains travelled from Prague, through Nazi Germany and to the Hook Of Holland where the children boarded ships to travel to the UK.

Although the British government had agreed to accept the children, they were slow at issuing documents so Winton went back to his old modus operandi and forged them himself.

The final train from Prague

Seven trains successfully took 669 children to England. On September 1st, 1939, the final train was loaded with children and was at the station waiting to set off on its journey. But war was declared. The train never arrived and no-one knows for sure what happened to the children. It’s fairly certain that few, if any, survived the war.

Many of the saved children, after the war, tried to find their families and parents who had remained in Czechoslovakia with no luck. And they also had no idea how it had been arranged that they should have been the ones to escape; they had no knowledge of what Winton had done. Later when he was asked why he kept it a secret, he said, with a smile “I didn’t really keep it secret, I just didn’t talk about it.” But in 1988 the BBC, having discovered the Winton story, showed a television programme about him.

Nicholas Winton was in the studio audience. What he didn’t know was that the people who were sitting around him were people who he had saved when they were children. Winton said later that it was probably the most emotional moment of his life. (You can see a clip below). When the programme was aired, all across Britain, there were middle aged people realised that they too had been saved by Nicholas Winton.

Nicholas Winton  died on July 1st, 2015 at the age of one hundred and six.