Tales from Tinseltown by Roger Moore

Wonderfully, I keep discovering books by people from the entertainment world who I never paid much attention to in previous years. Actor Roger Moore is one of them. 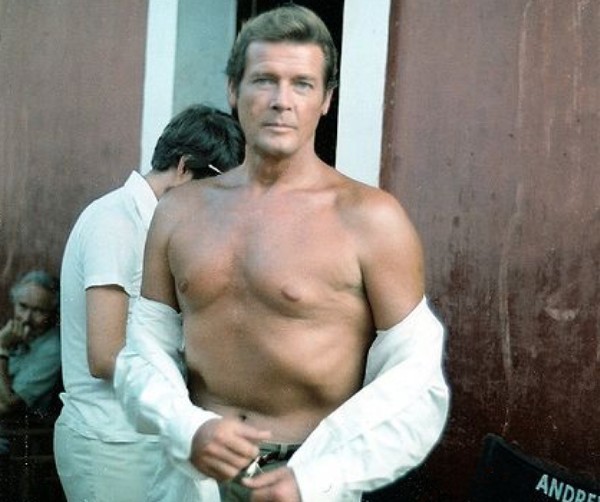 I have to admit (and if you’re reading this Mr Moore, I apologize) Sean Connery was always the James Bond for me.

Although I must admit that if he’d looked the way he does in this photograph when he was in Live and Let Die I might have felt differently.

But all this is by and by because in his latest book, One Lucky Bastard

, Roger Moore shows that he is a brilliant raconteur with a wealth of hilarious – and sometimes naughty –  stories about the stars and showbiz characters he has met and befriended during his long career.

He completed this book at the age of eighty six which delightfully demonstrates that there’s life in the old dog yet.

And he makes fun of them- and himself. You can read some fascinating stories about Joan Collins, Frank Sinatra, Bette Davis and just about every star you can imagine. He doesn’t concentrate on stories about himself – which is unusual for actors – but one he tells, in which as he says ‘whatever one has ‘accomplished’ … there are always times when in life that one is brought back to earth with a bump’, made me chuckle.

It seems that his British passport needed renewing. So he booked an appointment at the passport office in London where he expected to complete a form, give them a couple of photographs and receive the document. But he handed in his form and was told by the official that his signature had extended beyond the official lined box. (I imagine stars have elaborate signatures).

So he redid the form and returned to the counter. He handed over his passport photographs. When asked if they were recent, he replied that they were and had been taken in Switzerland just a couple of weeks previously. Ah, problem. That meant that they were not on ‘officially approved UK photographic paper.’ So he trotted off to one of those photo booths.

“Well” explained our hero “I was knighted in the meantime”.

The official asked if he had any proof. “What would you like?” asked Sir Roger, his patience running thin “A letter from the queen?” With that, the official gave in and told Sir Roger to report back in three hours. Roger left for a ‘much needed glass of wine’.

When he returned, the official asked him for ID. He studied it carefully and grudgingly handed over the passport. As Sir Roger turned to leave, the official said:

“Excuse me! I’ve always been a big fan, Sir Roger. Any chance of an autograph?”