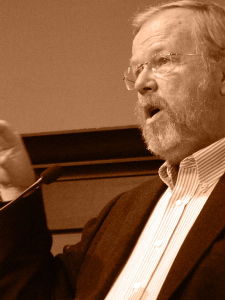 1927 wasn’t a particular landmark year for the United States. But it was a time when the affluent ‘jazz age’ was meeting the looming Great Depression.

In this book, Bill Bryson explores the events of just that one year and notably, the summer. It’s truly amazing what was happening in the States during such a short period of time.

Throughout the book, you’ll meet real people who were newsworthy at the time. Some of these you’ll be familiar with such as hero aviator Charles Lindbergh or fighter Jack Dempsey. But you’ll also learn about other characters who were making the headlines in 1927.

This is not a boring history book – although you’ll come away with a huge knowledge of America in days gone by – because it reads more like a novel and one that is beautifully crafted. The atmosphere of the day is wonderfully recreated in a very readable form.

There were sensational court cases. Some were perpetrators of violent murders, others were conmen who chanced their luck in the affluent and booming society. America was the destination of tens of thousands of immigrants – how did they fare in this society?

There were natural and man-made disasters. Within this small time frame, there were events that rocked the world. There were also fascinating occurrences that only affected certain domestic groups. All are meticulously researched and reported in the typical Bill Bryson format.

Bryson seems to have a talent for unearthing the bizarre – the stories that otherwise might have been forgotten. And his narrative unfolds in his own humorous and lively style.

Meet gangsters,politicians, sportsmen, bootleggers, ordinary folk, the bizarre and the infamous. The book transports the reader to another, fascinating era in American history.

Not a Bill Bryson fan? To be honest, neither was I until I read this book. Notes from a Small Island

annoyed me, although it was very amusing.

But with One Summer