Was PG Wodehouse a Nazi collaborator? 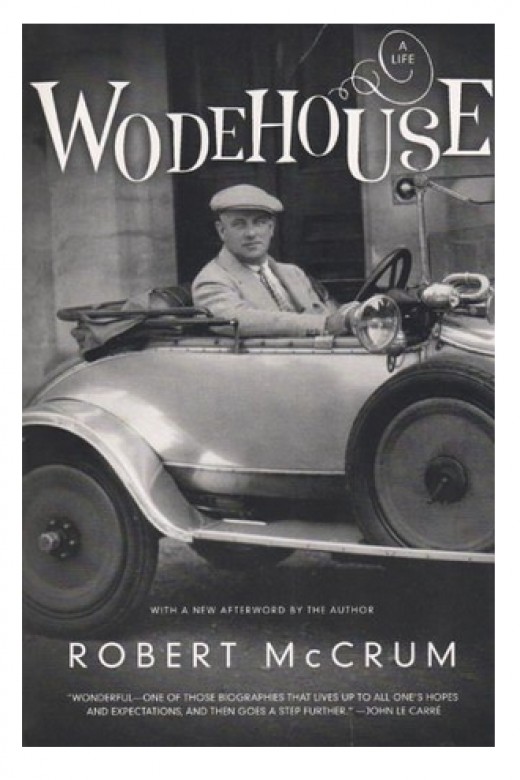 Now that would have seemed like a very odd thing to ask had it not been for the book you see here.  Robert McCrum, the author of this book tells a story I had never heard before.

I’ve read Wodehouse – the creator of the Jeeves and Wooster series- for many years but didn’t realise that during the Second World War he was accused of being aNazi collaborator. This was definitely a revelation.

Who isn’t familiar with Wodehouse from either his books or from television or film? But the Nazi connected – the alleged Nazi connection- came as a complete surprise. So did many other factors from Wodehouse’s life.

I had always thought of Wodehouse as being a rather gentle, scholarly type of man and definitely not the sort to be involved in politics of any sort. I also see him as being very English. What English chap of his stature would work for the Germans during wartime?

His marriage was another surprise too. It was certainly unusual,though loving, and I also hadn’t realised that he’d worked for many years on Broadway.

You see, when he was accused of being a spy or collaborator, he never quite forgave England and had become an American citizen.

He had moved to America shortly after the Second World War and lived there until his death at the age of ninety three. HIs life though, we like a novel in itself. When he was born, Queen Victoria was on the throne and Victorian morals and ideas were firmly in place. Then, when he was a young man, he lived through the less restrictive Edwardian Age and later, in the United States, the much more relaxed Jazz Age. THe author has used Wodehouse’s own letters to create this book, plus he interviewed many people who knew him well.

By the time the Second World War began, Wodehouse was approaching his sixties and was living peacefully in France. Due to bizarre circumstances he was sent to an internment camp – he became a prisoner of the Germans. He was interred for a year and then, not knowing why, he was sent to Berlin.

Then everything went badly wrong….

I don’t want to give too much away because I don’t want to spoil your enjoyment of this book. It’s available from Amazon – just click the image or the link.

I suspect that,like me, you will want to keep turning the pages – it reads almost like a novel and I kept reading to find out what happened next.

The section about what happened to him during the Second World War is truly fascinating and you can make up your own mind about his motivations.

It’s so interesting to read about the life of a man who has given so many readers so much pleasure over the years.