This is the second of my articles on 19th century paintings in art galleries in Yorkshire that caught my interest.

This one, ‘The Dole’, painted in 1867 by the Yorkshire artist, James Lobley, is an example of ‘narrative’ painting – one that tells us a story.

In ‘The Dole’ the story is about social class, dependency, poverty, charity, and the impact of charity on others. 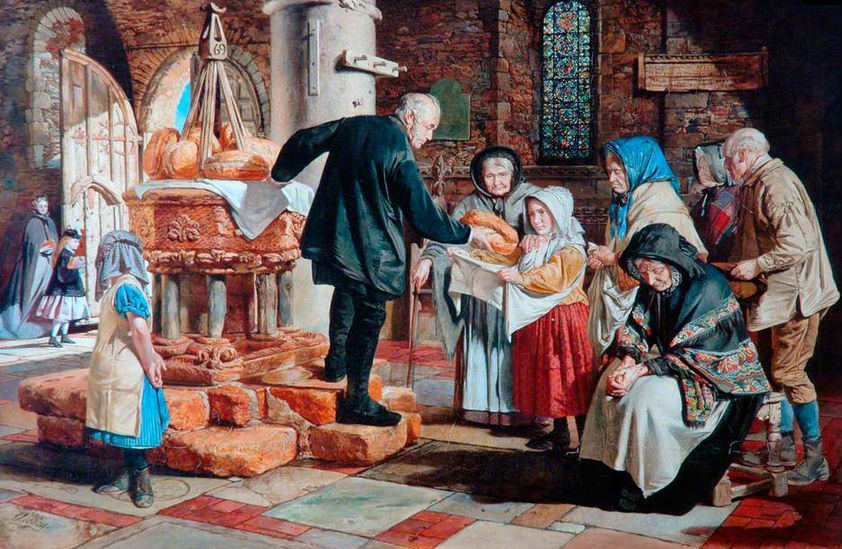 A Social Record – Or Imagined Scene?

The painting is oil on canvas, 30″ x 26″, and is exhibited at Cartwright Hall Art Gallery, West Yorkshire, managed by the City of Bradford Library and Museums Service.

It illustrates the donation of bread to the poor at Stow Church in Lincolnshire. It was part of the Tomlinson’s Dole, an ancient charity that allowed a small sum of money (20 shillings annually) for bread to be given out to needy parishioners immediately after Divine Service on a Sunday.

As the money ran out for the charity around 1840, and the painting completed twenty-seven years later, the artist, James Lobley, must either have relied on the memories of local people to construct his painting, or imagined how the scene may have looked. He certainly did not witness it himself.

‘The Dole’ then, should not be viewed as one might view a photograph, or a sketch made at the time of an event, but as Lobley’s own interpretation of what he was told, read or imagined. We know he took sketches of the interior of the church and then in his studio, using models, including members of his own family, painted the group scene.

Lobley’s own attitudes and character are also important too, in understanding his motivations to paint this work. Lobley’s biographer, Caroline Krzesinka, Assistant Keeper of Fine Art, Cartwright Hall, describes the artist as a liberal-thinking man of “gentle compassionate nature” who often portrayed working and poor people in his work.

It is likely he was affected by what he had heard or read about the doling out of bread in the church from the older residents of Stow so wanted to put his own thoughts, social ideology and responses into art form to make a point.

The BBC ‘Your Paintings’ site – helps you find online copies of paintings you enjoy. 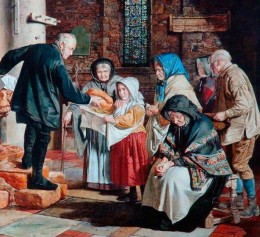 In this scene, composition and ‘meaning’ of the work are closely linked.

The scene shows the local Parson (believed to be modelled on Lobley’s own father), giving out loaves of bread to a group of mainly ageing parishioners.

The dependency, and impact of dependency, of those receiving the dole is emphasised by their demeanour. The two older women upright in the scene have their eyes downcast, and the woman seated appears to be in a state of depression: her shoulders are stooped and eyes cast down. Even the young girl receiving bread has averted her eyes from the Parson.

The Parson is in an elevated position, emphasising his social position and illustrates him looking down, literally, on the dependent parishioners.

The composition also gives the painting its perspectives, with the small retreating figures, stained glass window in the background, and church floor tiles in the foreground, giving the central focus of the painting an almost three-dimensional effect.

Lobley has painted the scene in great detail – note the stained glass window; the carvings on the font; the colours of the wall tiles; the shawls of the women; and grain of the bread.

In the far corner, left, a woman and child are leaving the church by the main door. Both figures are well-dressed, and a young girl in working clothes has turned toward the opened door to watch her wealthy neighbours go.

The composition in the painting reflects the social composition of society, with a small wealthy group in the background; the middle classes, as represented by the Parson – and occupying the middle ground of the picture; and a rural working class population, where the old and very young, unable to work themselves, were often dependent on the generosity of others to survive.

Lobley’s ideas and concerns about the social class divides and poverty in mid-19th century Britain, and particularly in rural communities, are subtly expressed in this work. Note the worn boots of the child looking at the two figures leaving the church, and the contrast between her head covering compared with the bonnet of the departing child.

There are also religious echoes and connotations in the work, with references in the Bible to the symbolism of bread; for example:

“… I say to you, whoever believes has eternal life. I am the bread of life…This is the bread that comes down from heaven, so that one may eat of it and not die. (John: 6.47-50).

However, the shame of being dependent, and being on the receiving end of charity, is clearly written on to the faces of the villagers.

They would also have needed to attend church regularly to receive the bread. If you were an agnostic, you went hungry. 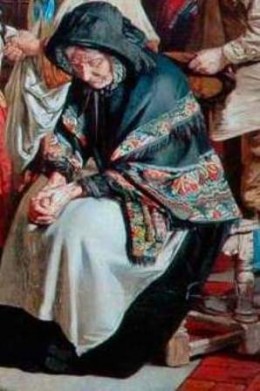 James Lobley was born at Brighouse, West Yorkshire, in 1828. He was the third child of six, and his father, also named James, worked as a currier in the leather industry. Despite his modest background, James was encouraged to pursue his talent for art at Leeds art school and his subsequent career revolved around teaching design in Yorkshire, Norfolk and Belfast. He married a Yorkshire woman in 1853 and had four children.

In 1849 he was appointed as design teacher at the School of Design, Mechanics Institute, in Bradford, and worked hard to improve the status of British design within industry.

Lobley’s work as a teacher, and his national campaign to improve the quality of industrial design, were indeed influential in improving the status and teaching of design in Britain, but Lobley, now in a state of exhaustion, resigned his post in 1865.

After convalescing for a year, he began to work independently as an artist, concentrating at first on church architecture – a very popular subject in the 19th century. Gradually he expanded his repertoire to include social scenes, and his own working class origins, liberal political leanings and progressive views on education are likely to have encouraged his choice of subjects.

He was successful as an artist and exhibited his work regularly at the Royal Academy in London for over 20 years before his death in 1888. 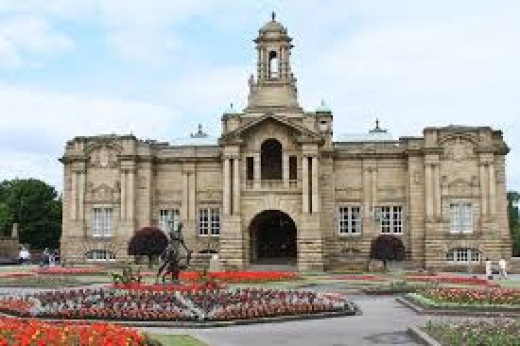