Of Palm Trees and Buried Treasure

Home » All style » Of Palm Trees and Buried Treasure

Since men first set out to sea there have been tales of imaginary islands. A disc of sand and a coconut palm tree anchored in an azure ocean; a pirate’s treasure buried beneath and some unexpected stories to tell.

As a child I was hooked on all those stories.

At school the imagination was fed by no less than William Shakespeare, whose play The Tempest uses the idea of being stranded on a desert island as a pretext for the whole plot. “Sit still, and hear the last of our sea-sorrow. Here in this island we arrived…”

Verne’s castaways climb an extinct volcano to behold island shores on each sides.

The sea, the sea everywhere!” they cried, as if their lips could not restrain the words which made islanders of them. Jules Verne, 20,000 Leagues Under the Sea.

At the edge of all this was the humble coconut palm tree. Not the mythical palm of peace and plenty, or the roman palm of victory but the palmeras, waiting patiently at the fringes of paradise.

Robinson Crusoe was a man sent back to paradise, mysterious and elemental. He can’t survive on wits and coconuts alone – he has to quickly adapt from castaway to colonist, Lord of his own new kingdom he has to learn how to survive.

These islands have a real menace too, with dark interior landscapes dense with foliage and exotic wildlife. There’s also that archaic and primitive figure in the darkness, the native, who will have you in a cooking pot as soon as look at you.

Forbidding yet idyllic, where natives are first innocent and generous but soon turn savage, ungrateful and treacherous with heathen practices like cannibalism and human sacrifice. The rotters!

One of the earliest children’s books to feature exclusively juvenile heroes was R. M. Ballantyne’s The Coral Island. The book relates the adventures of three boys marooned on a South Pacific island, the only survivors of a shipwreck. A proper Boy’s Own classic it has never been out of print. Blood-thirsty adventure and pompous imperialism populated by three boys, shining products of empire, who risk all to help each other.

Coral Island‘s stiff-upper-lip morality was swiftly turned on its head in William Goulding’s Lord of the Flies. In Coral Island the threats are purely external, with sharks and pirates and the inevitable savages interupting the young chaps derring do.

In Lord of the Flies the opposite is true.

A story that strands a group of boys on a desert island should be a rip-roaring adventure. Free from adult supervision the boys could battle wild animals and learn to hunt and fish. But in Lord of the Flies the stranded schoolboys lose all sense of responsibility with tragic repercussions. All sense of morality, carefully taught by loving parents and public schools, falls apart. There are no hostile savages – the children are the savages.

Walk of Life – by Andy Royston

A wonderful antidote to ‘savage’ natives, the ‘civilised’ British and that whole new world narrative comes along in the guise of the pirate.

The pirates were impure and lawless with darker skin and tattoos to distinguish then from imperial white privilege. There was a strong sense of a different languages and cultures working together behind those wild beards and big swords. After imperial discipline and the stranded white man’s agonies the pirates were much more fun.

I could not doubt that he hoped to seize upon the treasure, find and board the Hispanola under cover of night, cut every honest throat about that island, and sail away as he had at first intended, laden with crimes and riches.” Robert Louis Stevenson – Treasure Island 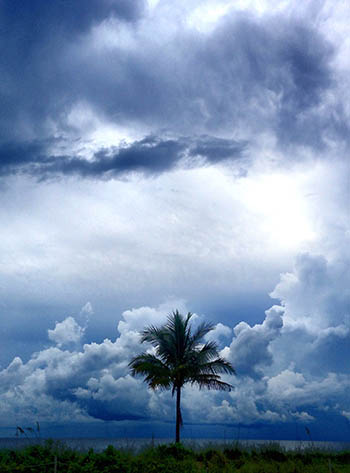 Real life castaway yarns emerged, led by the infamous Mutiny on the Bounty, a real-life adventure from the 1700s.  Bligh’s own gripping journal was followed by Sir John Barrow’s book, a tale of a British navy cutter called HMS Bounty, which sailed for the south seas led by one of Captain Cooks expedition veterans only to be faced with a full crew mutiny.

The story of the Tahitian mutiny was intimately linked with stories of remote islands, where the ship would stop to pick up wood, coconuts and other supplies. Bligh had visited these islands with Cook so was familiar with the islands (of which they were thousands) and knew the hazards of the area and had dealings with local tribal chiefs.

The story of the Bounty, and the fate of the mutineers – some of whom would found the settlement of the Pitcairn Islands on the eastern edge of Tahiti – became legend. The island turned out to be an ideal haven for the mutineers—uninhabited, inaccessible, with plenty of food, water and fertile lands to farm. No wonder Hollywood’s Errol Flynn, Clark Gable Marlon Brando and Mel Gibson tried their hand at playing the rebel leader, Fletcher Christian. 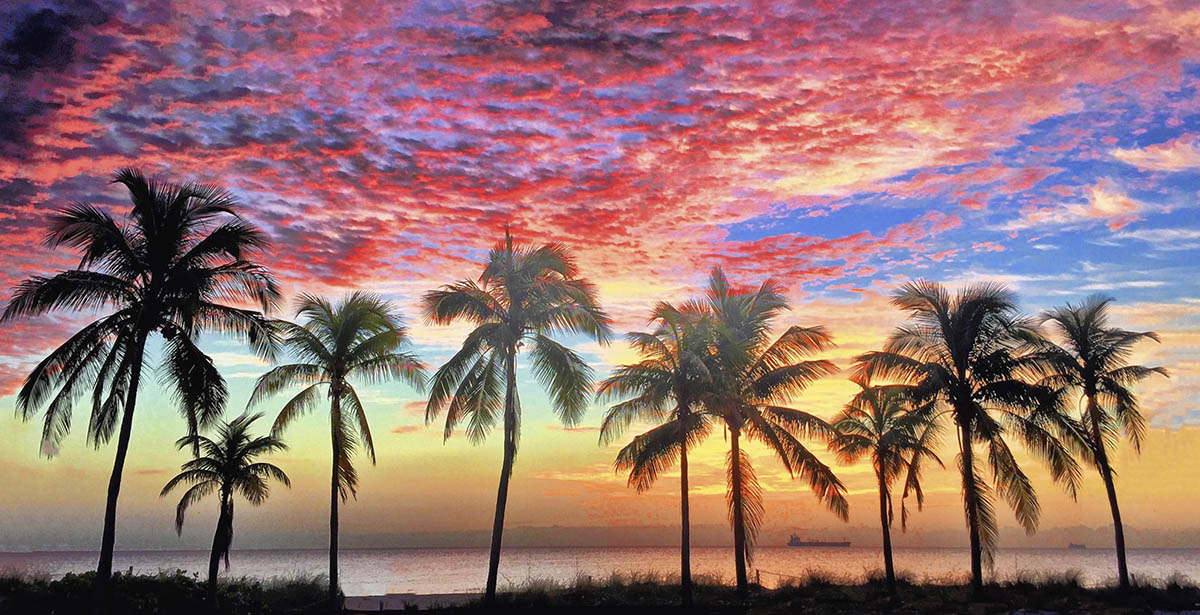 By the time I had left home for studies in Manchester I had my own palm tree. In a pot, complete with the coconut shell it grew from. I was ever so pleased with it!

My experience of palm trees in the wild was scant, however. Apart from the ones that unexpectedly thrive along the south coast of the Isle of Arran in Scotland, my only sighting of full grown palms were within the steamy interior of the Palm House, at the Royal Botanical Gardens of Kew. There one can wander amongst African oil palms and a rare triangle palm from Madagascar.

A trip off to the Isles of Scilly, way off the south-eastern corner of England out in the Atlantic Ocean, was a treat. The island of Tresco houses a breathtaking outdoor tropical gardens in the ruins of an old Benadictine abbey. The salt-wind-tolerant evergreen trees includes lofty Californian pines and holm oaks, and the promise of a tropical paradise was suddenly so much nearer. 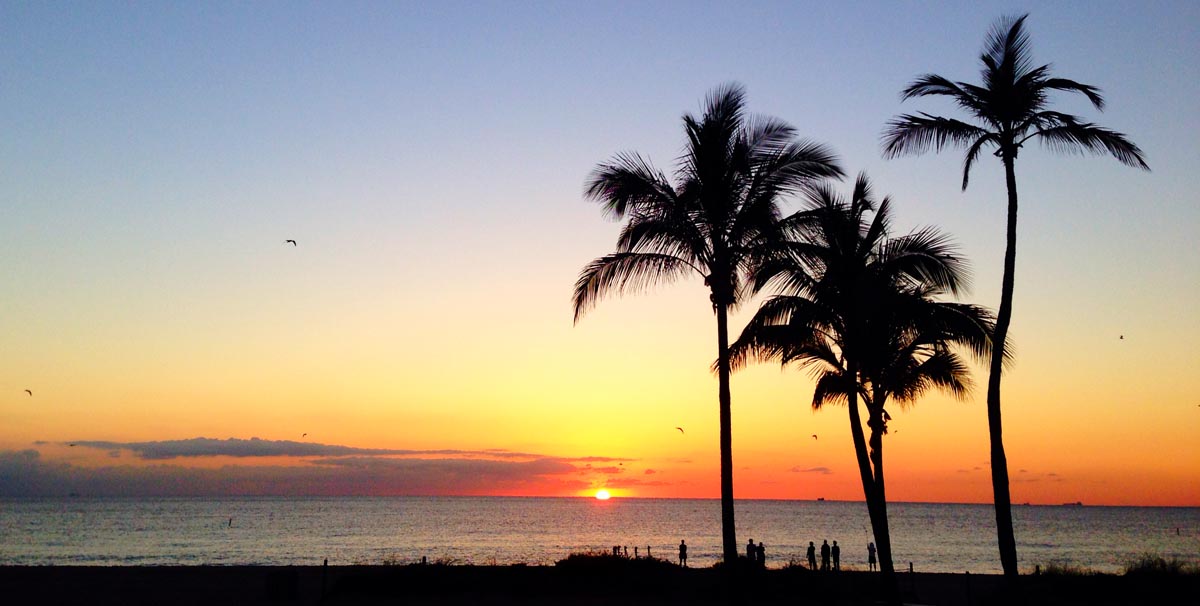 The British singer Graham Nash describes his first encounter with the sub-tropical city of Los Angeles with its sunny mediterranean climate and most importantly its abundance of palm trees. He just fell in love, as I did a generation later flying into South Florida where I’ve lived these last fifteen years. 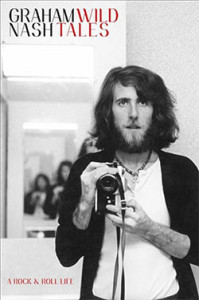 Flying over the city I was completely sold. There were turquoise-blue pools spread across the landscape, the ocean licking across the western shore. Minutes after we got off the plane I climbed to the top of the nearest palm tree and told Clarkie I was never coming down.” Graham Nash – Wild Tales

Graham Nash had grown up in Salford, Manchester. Like myself he’d not had the luxury of foreign travel and had grown up in the final days of smokey industry, so the impact of a city filled with tropical plants, succulents and endless palms proved to be completly intoxicating. So much that he would move there to make a home under the fronds.

I completely identified with Graham Nash up his tree. My own experience of moving to Fort Lauderdale, with its lush sub-tropicalia, was that I’d finally found my treasure under the palms. It wasn’t buried in the sands of my imagination but was (and still is) right here outside my window, growing in plain sight. 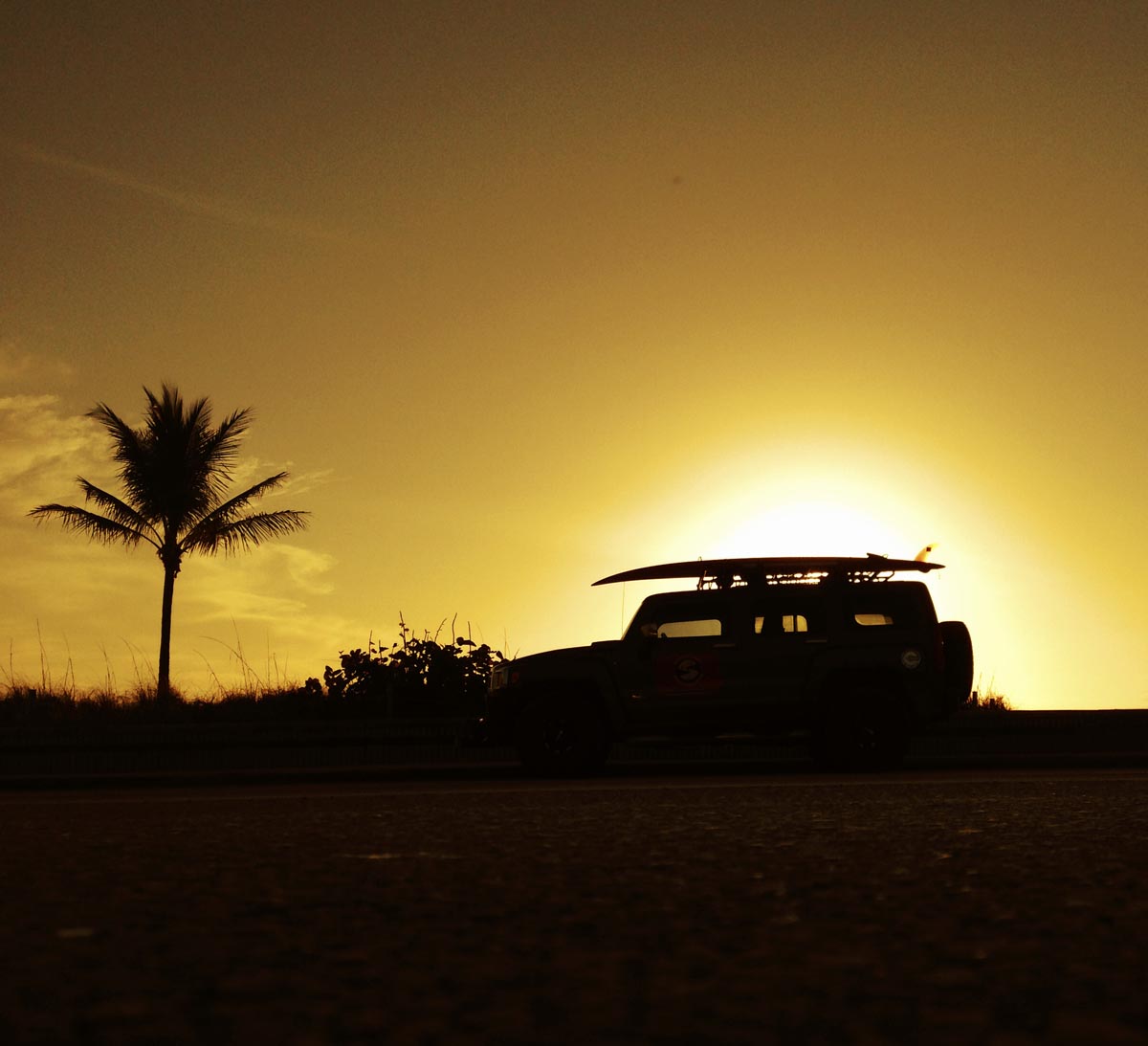