Home » All society » Who was Pancho Barnes?

She was no beauty, that’s for sure, but she was one of the fastest-living, hardiest partying girls of the last century. She was married four times, was a Hollywood stunt pilot and spent her way through several fortunes. 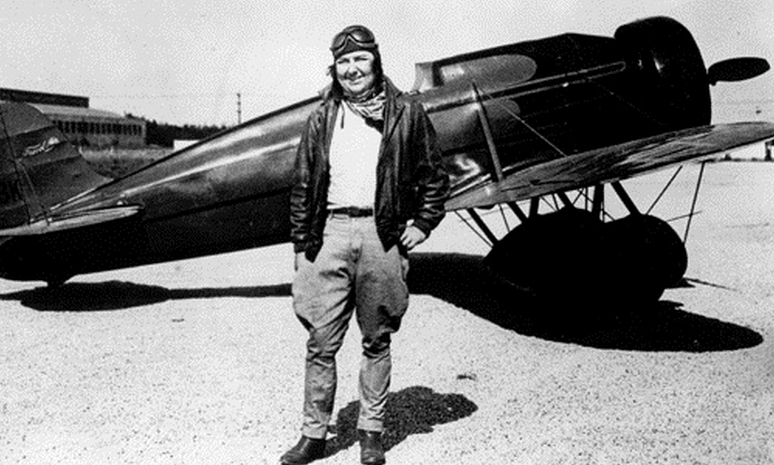 The girl who was destined to escape from Mexican rebels by dressing as a man, and who could out-party, out-drink and out-everything most men she met, was born with the demure name of Florence Leontine Lowe in 1901 to a wealthy family.

Her older brother died when she was a child and Florence was to become something of a tomboy, encouraged by her father and grandfather. Her grandfather had been a pioneer balloon flyer in the American Civil War so maybe she was genetically disposed towards a career in aviation of some sort.

She was quite a wild child and her mother thought that marrying her off as a teenager would calm her down so Florence duly entered into matrimony with the Reverend C. Rankin Barnes and although she gave birth to a son, it was obvious that being a mother and a minister’s wife was not quite her style.

Salvation came in the form of a local growing industry – the Hollywood film business. Florence had been an excellent horsewoman since she was a child and now found fun- and money – by riding in movies. The money she was able to earn allowed her to employ and maid for her home and a nanny for her young child, thus freeing her of her marital obligations. (It’s said that the other marital obligation had taken place on only one occasion – on her honeymoon when her child was conceived). 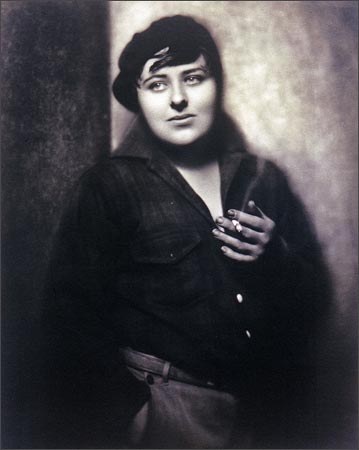 However, Florence did find the pleasures that had been denied to her in the marital bed when she had an affair with a student. This was more like it, she thought, and soon embarked on a further affair.

We can assume that her lovers were highly satisfied with the arrangement too as she was more than likely good at what she was doing. Her attraction was unlikely to have been her rather masculine appearance. (Later, test pilot Chuck Yaeger was to describe her face as being ‘like a bucket of snakes’.)

It was that masculine look that helped her when she and several male friends decided to have an adventure. They set sail to South America aboard a banana boat, Florence being disguised as a man. But they found that in fact, the boat was running guns for Mexican rebels.

Florence escaped and after a series of adventures – she was still dressed as a man – made her way back home. It was during this time she was assigned the nickname she was to use for the rest of her life, Pancho.

Pancho had flying in her blood. She started to take flying lessons which she could now afford thanks to an inheritance. She told friends that ‘flying makes me feel like a sex maniac in a whorehouse’. She started performing in air shows and races and during the twenties, also became Hollywood’s first female stunt pilot.

She bought her own expensive plane and partied and entertained lavishly. She wasn’t a girl to think about tomorrow and it was inevitable that by the mid thirties, her inherited money had drained away helped by the Great Depression. She moved her horses and her aircraft to a tiny farm near to March Field, a budding aircraft base.

She enlarged and extended her home so that friends could come to stay and her home became party central. Although she was still legally married to the reverend – he was bringing up Bill, their child – she continued her affairs gleefully. But she asked him for a divorce when she met Robert Hudson Nichols Jr. They were eventually married – the marriage lasted about two weeks.

Just in time, another elderly relative died and Pancho received her second fortune. With this, she created the Happy Bottom Riding Club on her land.  Here she entertained her Hollywood friends and the airmen stationed at the nearly airbase. She also married again, this time to Don Shalita who was several years her junior. This marriage lasted for about four months.

She continued to expand her Happy Bottom. She hired hostesses to serve the all-male clientèle – serve them food and drink, that is, she always denied that the girls offered more intimate services. The men’s wives thought otherwise. Her fourth marriage was on the cards too, to one of her customers, Eugene McKendry. When they married, she was fifty one and he was thirty two.

Despite the popularity of the Happy Bottom, it made no money because Pancho had no head for finances. But aniother inheritance meant that she could keep the place running during World War Two and beyond.

The air base had expanded rapidly and the air force wanted to expand their operations by building a new runway – a runway that would require Pancho’s property. At first, they offered her money for the property and to relocate her but negotiations broke down. The air force claimed that she was running a bordello at the Happy Bottom and made it off limits to air force personnel.

The business suffered greatly and she decided to take the air force to court. She won her case but during it, her home and all her buildings were destroyed by fire. She always suspected foul play. 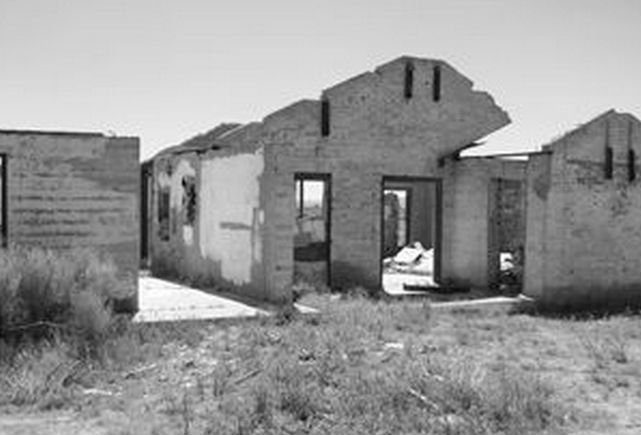 She had now run out of rich, dying relatives and there were no more inheritances on the horizon. And what’s more, her marriage was going downhill too. By the time she was divorced, she was penniless. Some of her old friends rallied round and she lived in a small, rent-free property but now her health was declining too.

The officer’s mess at the airbase was renamed the Pancho Barnes Room.