Who was Pattie Boyd?

Home » All entertainment » Who was Pattie Boyd? 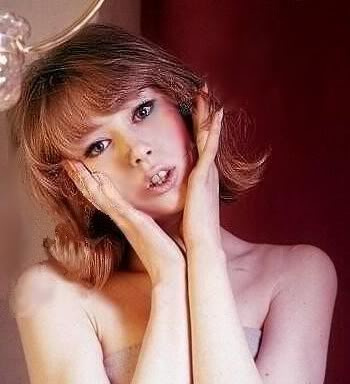 There must have been something special about Pattie Boyd. Actually, you might have noticed a minor pun there because Pattie supposedly was the inspiration behind George Harrison’s song Something.

The Eric Clapton song Wonderful Tonight was also reputedly written about her. She was married to both men – George first and then to his best friend, Eric.

She first met George in 1964 on the set of A Hard Day’s Night where she was employed to play the part of a schoolgirl fan. She wasn’t a fan though herself.

George asked her out and she turned him down – she was already seeing someone, an older man. But when he asked again, she agreed. They became a couple and were married two years later.

In her biography, she claims that she first heard Something in 1966 when George played it in their home. Strangely though the song wasn’t recorded until the Abbey Road album featured it. This was released in September 1969 – by which time the couple were divorced and George had married again – this time to Olivia Arias with whom he stayed until his death.

George denied that he had written it for Pattie saying that someone had made a video of the Beatles and their four original wives and used Something as a soundtrack. People then assumed, he explained, that he’d written it about Pattie. He said he hadn’t written it for her at all but had been thinking about Ray Charles (who later recorded the song). A year afterwards, the couple split up.

George and Eric were good friends. Eric had dated Pattie’s younger sister, Paula, but Pattie and Eric had enjoyed a flirty relationship. One day, he played her a song that he had written in Miami. It was based on the book by Nezami, entitled Layla and Majnun.

The book was about a couple who were in love except she wasn’t free to marry. The Clapton song was, of course, Layla. Pattie wrote in her autobiography that she was thrilled – another song written about her, she decided. But in fact, Clapton was pretty embroiled in a relationship with the rather upper-class Alice Ormsby-Gore.

Pattie and George’s relationship had been on shaky ground for a while – she’d had an affair with Ronnie Wood of the Faces –  but when she discovered that he’d had an affair with Ringo Starr’s wife,Maureen, that was it. She left him and flew off to see her sister in L.A. There she came across Eric Clapton and their relationship resumed,more permanently this time. They were married in 1979.

This didn’t shake the relationship between the two musicians though and they used to refer to themselves as ‘husbands-in-law’. George used to visit them at their home and George’s only complaint was that she was no longer vegetarian.

Pattie claims that one evening they were about to go out and she was trying on clothes upstairs whilst Eric was strumming his guitar. Going downstairs, she asked him ifshe looked all right and he immediately started singing to her – a new song, Wonderful Tonight.

As their relationship  also deteriorated, and she became more dependant on booze, some said that it was more accurate that Clapton’s The Shape You’re In was actually the song written for her:

“Well my little girl really loves that wine
Wine will do it for her most every time”.

Pattie and Eric divorced in 1984 but here are the good friends, George and Eric – the husbands-in-law – playing together in 1987.