Who Was Percy Shaw?

Home » Featured » Who Was Percy Shaw?

Who was Percy Shaw? 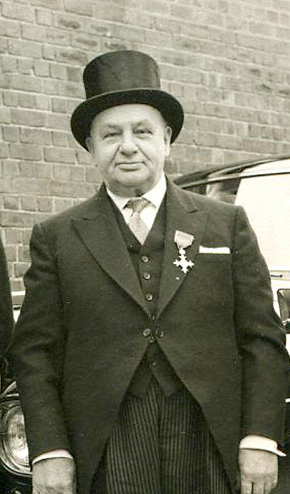 If you’re from Yorkshire, like me, the chances are that you know perfectly well who Percy Shaw was – and what he invented.

If  you don’t know who he was,there’s still the strong likelihood that you see and use his most famous invention every day. There must be millions of them throughout the world. Although you see them every day, you might be so familiar with them that you don’t even notice them.

What was Percy Shaw’s invention?

It is one of those ‘why didn’t I think of that?’products that is so very simple and yet extremely effective. Most of us can’t imagine life without them these days. They were invented and went into production in the 1930s so almost all of us have been accustomed to seeing these all our lives.

Percy was one of a large family. His father was married twice and was pretty prolific with both. Percy, who was born in 1890, left school when he was only thirteen years old in order to work to bring money into the family home, but he it was soon realised that he was something of an entrepreneur.

He had a variety of jobs as a young man, but in 1912, when his father became unemployed, the pair started their own business repairing, well, just about anything that people needed to be repaired. Percy had worked in such a variety of jobs that he had picked up various skills.

After the First World War, they moved onto include road re-surfacing to their roster of skills.

Percy never married. By 1930 his parents had both died and he was still living in the family home in Halifax with an unmarried sister. The one thing he did enjoy was going to his favourite pub, the Old Dolphin in nearby Queensbury. The downside of this was the drive home in the dark, especially on those foggy Yorkshire nights.

The legend goes that one particularly gloomy night, Percy was driving home from the pub down a particularly twisty, hilly section of road. He saw something that made him stop the car. Was it a light? Drivers on that stretch of road – there were no streetlights – used the reflections of the tramlines to help them stay on the road but they had gone.What was the light he had seen? When he stopped the car, it’s said that he realised that had he not seen the light, he wouldn’t have realised that he was driving on the wrong side of the road and the car would have plummeted over the edge of the high, hilly roadway.

What was the light he had seen?

He realised that the light had saved him, but what was it? He discovered that it hadn’t been a light at all. It had been the eyes of a cat, reflected in the car’s headlights.

Yes,that’s what Percy Shaw invented – reflective road studs, or as they are also known, ‘catseyes’.

He is even immortalised in song.