In the Second World War many British men, often RAF pilots, became prisoners of war in Germany. Their planes had been shot down and then men, often only in their late teens or early twenties, were captured and imprisoned by German soldiers. This is the story about one of them – Pete Tunstall. RAF pilot Tunstall was only twenty one when he was shot down and captured.

Most of them had been given the same advice from their superior officers during their training. Namely: “If you are captured, your first duty is to try to escape. Your second duty is to be as big a bloody nuisance as possible to the enemy.”

And most of them, Tunstall included, followed this advice to the letter. Although they were now prisoners of war, they still were members of the British Forces and believed that it was their duty to hamper the German war machine as much as possible towards the British war effort.

When they escaped they were pursued by hundreds of German soldiers; soldiers who would otherwise be fighting. Therefore, even if the escapee was caught, he had undermined the German war effort by diverting its manpower.

Of course, if they were successful in their escape and were able to return to Britain, they were largely eager to play a part in the war again. And as they’d been taught during training, just the fact that they were being ‘as big a bloody nuisance as possible’ was ensuring that German soldiers were trying to contain them rather than swelling the ranks of the German army. 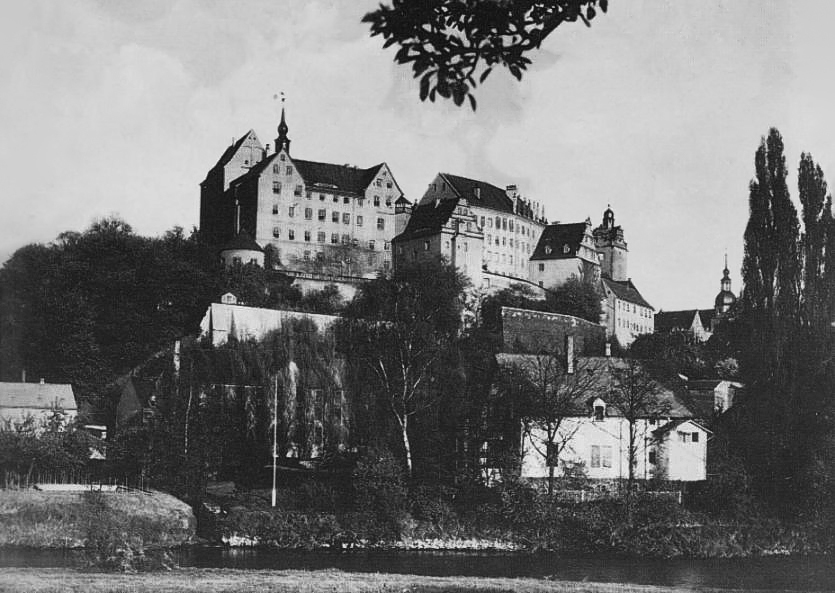 Tunstall and his fellow prisoners took their training to heart and almost from day one of their capture, planned escapes. Some were successful but even those that weren’t proved that they certainly were ‘a bloody nuisance’ to the enemy.

The Germans decided to crack down on the more prolific escapees and troublemakers, and Tunstall was one of them, by incarcerating them in a massive and forbidding fortress that had been built above a cliff in the sixteenth century — Colditz Castle.

Perched as it was atop a hill, with sheer drops and surrounded by a moat, Colditz seemed to the Germans to be the ideal place to put a stop to escapes. But what they didn’t realise was that by putting all the serial escapers together in the one place, they were putting together the geniuses and masterminds of prisoner of war escapes. So although they faced more challenges, their ‘escape machine’ was well oiled.

Peter Tunstall relates his stories about Colditz with enormous humour. But of course, not every story has a happy ending. Although there was an atmosphere that was rather fun and prankster-ish, there was also great privation and sometimes tragedy too. But the book is immensely readable.

It’s all the more fascinating knowing that you are reading the memories of someone who actually experienced the fearsome Colditz rather than a second hand account. Although it reads rather like a novel, it’s a moving, true account that is also full of fun and the bulldog spirit.

I highly recommend this book — a great read.

Pete Tunstall died at the age of 94 in 2013. There are few, if any, surviving Colditz ex-prisoners. In the video below, which is several years old, you can hear more first-hand accounts. Note how young these men were when they were imprisoned.