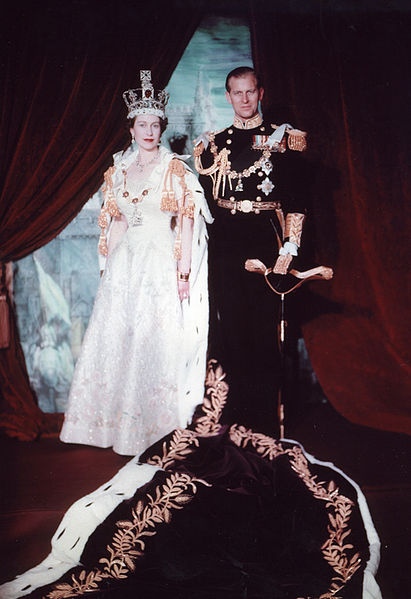 Prince Philip is often known as ‘Phil the Greek’. Often, when people use this nickname, they also make sniggering comment about kebab shops.

But is it really the case?

It’s true that he was born on Greek soil – on the island of Corfu to be precise – but it’s also true that he doesn’t have a drop of Greek blood.

The fact remains though that he is a prince of Greece. How can that be? Well, if I were to explain the complexities of the Greek royal family, we’d all be here all day, but in fact, Philip is a mixture of English, Russian, German and Danish.

He is also a prince of the latter country. (Although I’ve yet to hear anyone refer to him as the ‘Great Dane’.) He abandoned his princely titles when he married Princess Elizabeth.

During his early boyhood, he lived in Germany and France. At adolescence, he based himself in England and was educated there. After this, he joined the British Royal Navy so his teenage and early adulthood were distinctly British.

He served gallantly during the Second World War.

To all intents and purposes, he was British but he was going by the unwieldy surname of Schleswig-Holstein-Sonderburg-Glücksburg. Quite tricky.

By 1944 Philip, and his uncle, Lord Mountbatten, decided that Philip should take British citizenship. The rest of the family agreed.

By this time, on  aPhilip was corresponding with Princess Elizabeth on a regular basis and if indeed he did have any intentions of marriage, being British would be a definite advantage.

Although it’s not known whether this was in his mind, it’s likely that it was certainly in the mind of the ambitious Mountbatten.

However, acquiring British citizenship, especially in wartime, is not easy.  He needed the permission of both the English King George VI and Greek George II. Bureaucratic wheels turned slowly but eventually in 1947 he became a British subpect.

But it transpired that all the red tape had been completely unnecessary.

In 1701, British Queen Anne had endured seventeen pregnancies and none of her children had survived beyond eleven years old. Many resulted in stillbirths and miscarriages. Succession was a huge political firecracker at the time so the queen initiated the Act of Settlement which decreed that all the descendants of Electress Sophia of Hanover (complicatedly the granddaughter of James I)  should automatically – by law- be British subjects.

And Prince Philip was one of those descendants.