Pic of the Week: Clouds

Home » All style » Pic of the Week: Clouds

Photograph of the Week: What the Clouds are Saying.

Have you noticed that every morning on the homepage here at JAQUO there’s a new photograph taken from the beach? Here is one taken today. 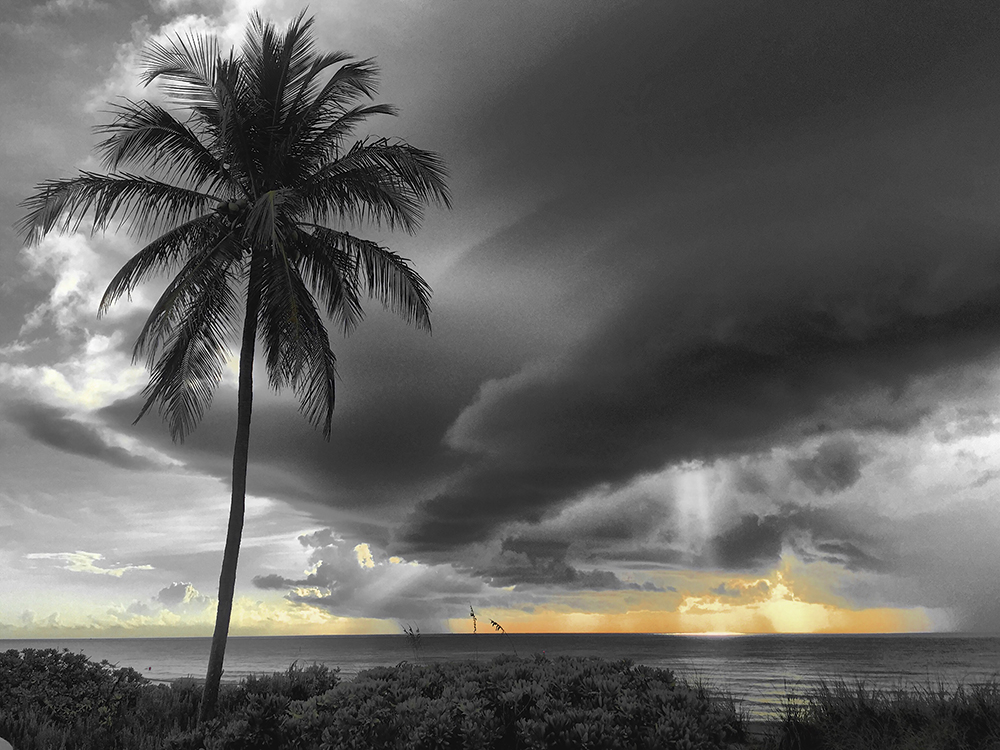 This image was captured on Fort Lauderdale beach just as the sun was beginning to rise. Isn’t it amazing how nature provides us with such fabulous artwork? Andy Royston has been taking photographs of the beach for six years – you can read an interview with him here.

Andy specialises in iPhoneography – yes, the image you see above was taken with his cellphone. What’s interesting about using the phone is that this means that he can immediately share his work to his many followers on social media. Even people who aren’t lucky enough to live in Florida can still enjoy the spectacular Fort Lauderdale daybreak no matter where they are in the world. And seeing the dawning of a new morning, so full of promise and potential, is a splendid way to start the day.

Every morning is different. The location remains the same but nature’s artwork changes constantly. Some mornings are clear and bright. On others there might be an offshore storm (as in the photograph above) and cloud patterns and formations change within mere moments. The wildlife varies with the seasons.

As the sun rises, the light changes to reveal a new and special image to shoot. If photography can be referred to as ‘sharing the moment’, then Andy’s work is a great example. Waves, sea birds, clouds, the rising sun, palm trees, shells, passing ships –  they are are all captured, not on film but on the iPhone and sent out to social media and enjoyed throughout the world. 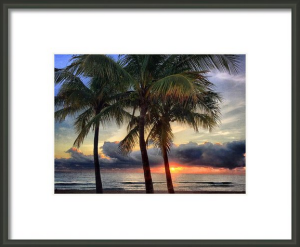 When Andy started this photography series, which by the way is daily, gradually people began to ask where they could buy prints of the fabulous photographs.

After all, if you can’t wake up to see palm trees and sunshine every morning then a print in your home is the next best thing. He decided that the best quality prints were available from Fine Art America – you can see Andy’s available work on the site here, including the image above. They make fantastic gifts or are a lovely way to treat yourself to the tropical way of life every day.

Andy’s work  has been exhibited his all over the world and he regularly teaches iPhoneography at the Museum of Art | Fort Lauderdale and the Museum of Discovery and Science.