Planet-friendly tips we can learn today from wartime Britain 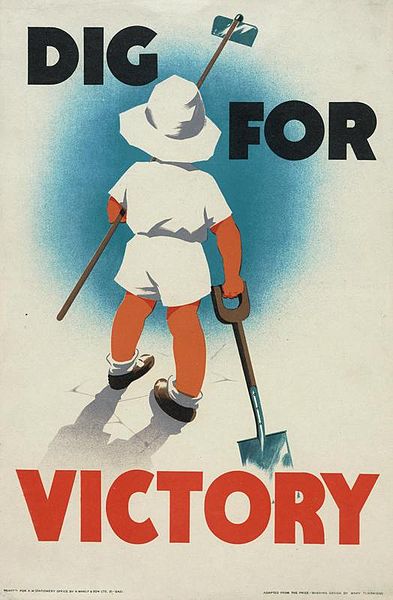 It seems strange but it’s true that there are lots of planet-friendly tips that were common practice in the UK during the Second World War. Everything,particularly food, was in short supply.Clothes were severely rationed. The motto of the time was:

Make Do And Mend

An entire generation was brought up to make the most of what they had. Clothes were repaired rather than replaced. Meals were prepared using cheaper, more plentiful ingredients.

People grew their own vegetables. It was impossible to buy new household goods so these were carefully cared for and repaired if necessary.

Water was used sparingly, as was fuel, and everything possible was recycled or re-purposed.

Doesn’t that sound like a great blueprint for living today?

I was lucky – both my parents were teenagers during the war so ‘make do and mend’ was a concept I was brought up with.

This means that it isn’t difficult for me to live in a planet-friendly way because it seems like a normal way of life to me. And there were – and still are – lots of advantages to adopting the ‘wartime’ approach to running your household.

It’s well known that during the Second World War, the homefront population was healthier than ever before. Also, by practising wartime economies, we spend much less money. Plus, we know that we are being considerate to the planet at the same  time.

Of course, we are luckier than the people who lived with wartime privations. They had no choice but to accept the rationing, the privations and the harder work. We do have that choice. We also have better healthcare, better knowledge and the advantages of today’s technical world to help us.

During the Second World War, people made do, mended and grew their own to save their country. Today, we are doing it to save the planet.That’s pretty powerful stuff.

There are lots of tips here.