Prince Edward: A virtually unknown member of the royal family. 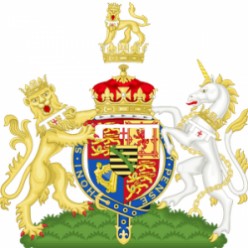 You might not have heard of Prince Eddy. It’s true that over the years he has been largely considered to be homosexual and, to put it nicely, mentally challenged. It’s true that his existence has been overshadowed by his the life of his brother but why did poor Eddy slip into obscurity?

I say ‘poor Eddy’ because no-one seems to challenge the general impression and the poor hand that he has been dealt by history.

Yes, there are some mildly juicy scandals in his life story and a couple of conspiracy theories but there are tragedies too and yet history needs to be kinder to this man. Are the stories about him true? Or are they the product of the over imagination of people with little else to do? Let’s take  look at his life.

The childhood of Prince Eddy 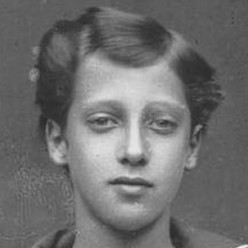 He was born to the Prince and Princess of Wales in 1864. His grandparents were Queen Victoria and Prince Albert. The baby was named Albert Victor but was always known as ‘Eddy’. He was the Prince of Wales’ eldest son so it was therefore expected that he would become king in due course.

Eddy had a younger brother named George. In some ways the brothers were in the same circumstances as the twenty first century Princes William and Harry in that their grandmother was on the throne and their father next in line. And Victoria had been on the throne for many years, just as Queen Elizabeth is today.

Victoria wanted her two grandsons to be educated by a private tutor and duly appointed John Neale Dalton to fulfil the role. Dalton reacted curiously to his pupils, saying that both boys were virtually unteachable – Eddy in particular. The chances are that he was simply a rotten teacher who couldn’t discipline the boys. Dalton was a curate who had received a university education but had no training in  teaching. His was the first suggestion that Eddy was lacking in brainpower. 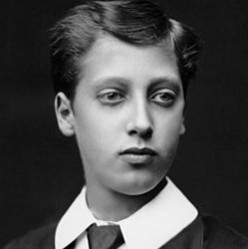 Some people who don’t understand the British educational system – particularly the education of the nobility – think that the practice of sending children to boarding school is cruel (it most certainly isn’t). But what happened to the young princes really does seem to be cruel.

They were sent to live board the HMS Britainnia as naval cadets when Eddy was thirteen and George eleven and then the ship embarked on a three year tour of the worldwide countries that made up the British Empire. Like the brothers of the twenty first century, William and Harry, the two princes were enormously popular everywhere they went.

Traditionally, male members of the royal family were then sent to university and after this they entered the army. Eddy followed these traditions which are still in place today. 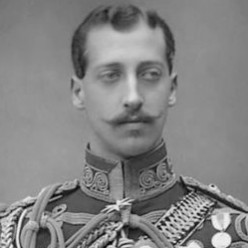 The general perception today is that the Victorians were incredibly straight-laced with ridiculous moral codes. It’s true that Victoria was trying to clean up the moral code of the country but she, and everyone, was well aware that beyond their own lives, another world existed in the UK. This was especially the case on Victoria’s own doorstep – London. There was plenty of prostitution, drunkenness, violence, drugs, crime and homosexuality – the latter being illegal at the time.

In the 1880s a homosexual brothel was raided by the police. The male prostitutes who worked there were mainly recruited from the postal service and their clients were often men from the upper echelons of society. One of these was the equerry of Eddy’s father. Some people put two and two together – making about a hundred and sixty nine – and developed the theory that the equerry was taking Eddy with him to the brothel. They pointed out that many of Eddy’s friends at university had been homosexual therefore Eddy must be too. 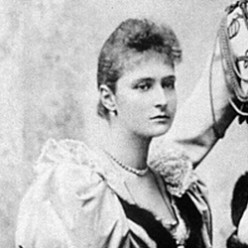 The Prince of Wales, Eddy’s father, had been no stranger to sex scandals when he’d been a young man. At the time, Queen Victoria had decided that getting him married would be the best way to put paid to wagging tongues and she decided on the same policy for Eddy.

Fortunately, Eddy was madly in love. Furthermore, he knew that the queen would approve of the woman he loved because she was his cousin, Princess Alix of Hesse (pictured). She seemed ideal and Victoria was always keen on marrying off her children and grandchildren to European royalty.

But there was enormous fly in the ointment – Alix was in love with another of her cousins, Nicholas of Russia. They married with tragic results. Alix, Nicholas and their children were all massacred during the Russian revolution.

Casting round the royal gene pool, Eddy fell in love with a French princess, Helene.  Once again, there was problem. Eddy, as the oldest son of the Prince of Wales,  would one day be king and as such was barred from marrying Helene because she was a Catholic.

Many years later, another Edward, King Edward VIII, would give up his throne so that he could marry his true love,Wallis Simpson. This is what Eddy wanted to do. He told the queen that he would renounce his position in line to the throne if she could only marry Helene. Helene, equally anxious to marry Eddy, proposed another solution – she said that she would renounce her religion.

Victoria realised how the couple were so much in love and agreed that they could marry. She gave her permission. Eddy’s parents were also happy with the match as was Helene’s mother. Her father was another matter. He did not want his daughter to convert from Catholicism. As gesture he allowed her to appeal to the pope, with no success.

The tragedy of Prince Eddy 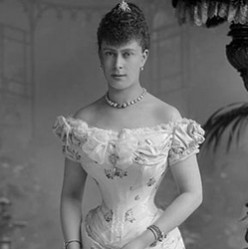 Eddy had now been thwarted in two potential marriages to women he truly loved.

It was Queen Victoria who suggested the girl you see on the right, Mary of Teck. Eddy proposed and was accepted. The date was set for their wedding and preparations for the ceremony went into full  swing.

As the date grew near, Eddy became ill. A flu epidemic was ravaging its way through Europe and Eddy became its victim. It worsened and developed into pneumonia.

Eddy died but two weeks before the planned wedding date. It was just a few days after his twenty eighth birthday. 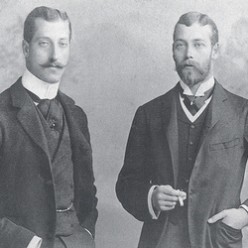 The family was distraught. They were at Eddy’s bedside when he died, as was his fiancée Mary. Crowds of people had waited anxiously and gathered to hear news about the prince who they believed that one day would be king and Eddy was genuinely mourned.

When the Prince of Wales became king, it was Eddy’s younger brother George – shown on the right in this photograph- who became next in line to the throne.

But he took his younger brother’s place in more ways than one – he married Eddy’s bereaved fiancée, Mary. He eventually became King George V and he and Mary had six children. The eldest of these became King Edward VIII who, as mentioned above, abdicated so that he could marry the America, twice-divorced Mrs Simpson. History repeated itself in that Edward VIII’s younger brother became the next king.

The next conspiracy theory 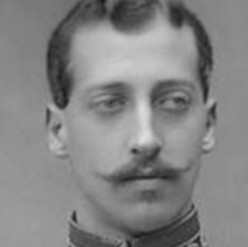 This didn’t rear its head until long after Eddy’s death; in the nineteen sixties. This was when interest was revived in the Victorian London murders that were never solved – those of the so-called Jack the Ripper. There were several theories but two persisted – one was that the murderer was ‘a gentleman’ and the other that he had knowledge of surgery. The latter was based on the way the prostitute victims were ‘butchered’.

So  theory developed that the murderer ‘must’ have been Prince Eddy. This seems to hang on the ‘evidence’ that Eddy had been a keen hunter and therefore had ample opportunity of seeing animals being butchered. Yeah, I know, but only two days ago, I read on the internet that it ‘is well-known’ that Jack the Ripper was a member of the British royal family.

Find out more about Prince Eddy from this book.

(Pictured right). There were several more scandals that he was involved in – or reputedly involved in. Find out more.

The information on this page has mostly been taken from the book you  see on the right, entitled Prince

Eddy: The King Britain Never Had