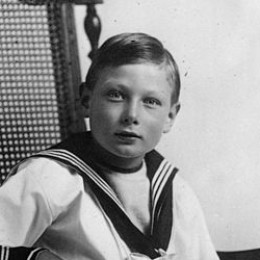 For many years, few members of the public had even heard about Prince John. And a lot of the ‘information’ that exists about him is actually incorrect.

The story that many people have heard about Prince John has often been used to ‘demonstrate’ that the British royal family are a heartless, unfeeling bunch. The myth is that John, who was the youngest of George V’s sons, was abandoned by his parents and sent away into seclusion. This, the story goes, is because they were ashamed of his epilepsy and wanted to keep this ‘flaw’ in the family genes a secret from the world.

John had four older brothers so although he was in line to the throne, there was only the vaguest possibility that he would every become king. But the idea prevailed in those days – John was born in 1905 – that epilepsy was something to be ashamed of; that it was an indication of mental instability or even madness. 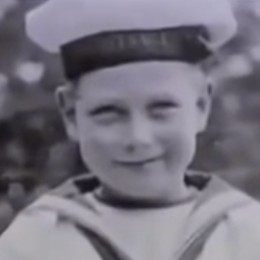 When John was born, his father wasn’t yet the king. The boy was born on the Sandringham Estate and the family home wasn’t a grand palace or palatial mansion. It was small, cluttered and cosy.

The family loved it there. As the baby of the family, young John was much loved. Because there was so little chance that he would be king, he wasn’t treated in the same strict way that his older brothers had been, especially the eldest two, Edward and George.

John was a mischievous, happy-go-lucky little boy with a  loving nature. 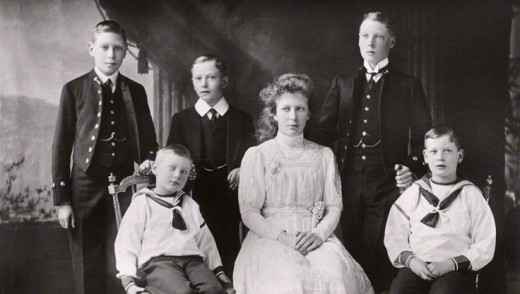 Here are the five boys with their only sister, Princess Mary. As you can see, as a small child John was hardly ‘hidden’ away. The six siblings were photographed often. The general public had a natural curiosity about them, the children’s parents were proud of their family and photography was a rather new art that was increasing in popularity. Therefore there was lots of pictures and they always included John.

The family realised that John had epilepsy when he was four years old. Of course all parents are concerned when their children have any sort of medical condition but they weren’t unduly concerned. John’s great uncle, Prince Leopold, had also had the condition. He had played a relatively active part in the royal family (he was the son of Queen Victoria and acted as her personal and confidential assistant) and although he had died aged only thirty, that was due to a fall which causes a cerebral haemorrhage. (He also had haemophilia).

So you can see that there was certainly no reason to ‘hide John away’ or to be particularly concerned about the epilepsy. And photograph demonstrate only too well that he was fully accepted as a member of the family. 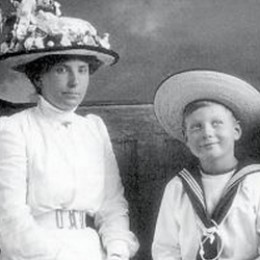 John, like all children of his class, had a nanny. Her name was Charlotte but she was known as ‘Lala’. Until the day she died she kept John’s letters to her which were very loving and affectionate.

She is pictured on the right with the young prince.

Today, some people criticise those who put their children into the care of nannies but it was quite normal in those days. And we have to remember that his parents were very busy members of an active royal family, especially as they had become king and queen when John was four and a half years old.

The myth of the situation is that she was terribly strict and almost a jailer to the young boy but his letters show otherwise. 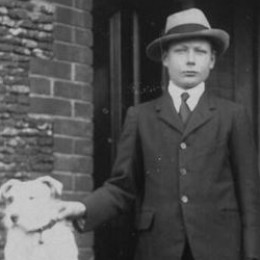 As John grew older, it became evident that he also had a slight learning disability. It  could have been that he was mildly autistic. It was traditional for the royal sons to be sent away to preparatory school when they were eleven but as John approached that age, it was doubtful that it would be right for him.

His parents, far from ‘sending him into isolation’ believed that it would be a good idea for him to be away from the hustle and bustle of their royal lives for a while and spend time exclusively with Lala and be treated more like a non-royal.

They were not getting rid of the boy.  Lala reported that John’s seizures upset the other children as they were so concerned about their younger brother’s well-being so a spell away seemed like an excellent plan for everyone. Lala and John went to live on a pleasant small farm. (Today, the home is still used by the royal family). This was only two miles away from his parents’ home and in the grounds. His parents were nearby and they and his siblings visited often. They didn’t didn’t want him to lead a life of isolation and one of the reasons for them choosing the farm was that there were local children he could befriend.

These were the children of estate workers and when they were interviewed as adults, they all remembered John as a friendly boy who was good-natured, kind and happy. 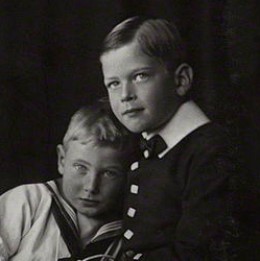 When the war began, John was nine years old.  His parents, now on the throne, were busier than ever before. They were important to the morale of the public and were obliged to travel throughout the country on official visits. This means that even had he not been ‘sent away’ John would have rarely seen his parents.

Also John was the only child in the household by now. His siblings were either away at school or, in the case of the older brothers, serving in the forces.

So throughout the war he lived his normal life untouched by the chaos that was raging in Europe. The king and queen went to see him as often as their busy schedule would allow. 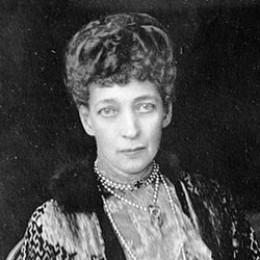 The king and queen did not live at Buckingham Palace as later royals chose to do. They preferred their small home in Sandringham, with John’s cottage nearby. Sandringham also had a mansion where the king’s widowed mother, Alexandria, lived.

She was devoted to her grandson John. He would visit her every week to spend an entire day. He loved to go because she had set aside a small piece of land for him as his garden. He loved to grow flowers there. Sometimes a friend would accompany him and  they’d spend hours with his doting grandmother tending the garden.

He would pick some of his favourite flowers, then press them and include them in letters he sent to his parents and siblings.

By now, he didn’t see his older brothers as often as before as they were busy serving in the war but all the family visited John whenever they could. And when the family gathered for birthdays or holidays, John would always  be included. One particularly happy and festive occasion was Christmas 1918.

It was only a few weeks later that John, aged thirteen, had a major seizure and afterwards, died in his asleep.

So how did the myth begin that John’s family abandoned him?

Of course, it was a wonderful story for the press to get hold of and embellish. So the myths and untruths soon began.

So the myth of John being sent away in isolation by cruel parents wasn’t remotely true. He lived in a pleasant home, just minutes away from his parents. His family members visited often and he visited them and his beloved grandmother. His final years were spent in the company of a devoted nanny who he loved dearly and he enjoyed his life, playing with his local friends.