At one time, European royalty would marry for what we would consider the wrong reasons. Marriages were arranged to consolidate lands, to gain wealth or for purely political reasons. And members of any royal house was supposed to marry someone of equal standing.

Luckily, in those days,there were plenty of them to go round.

But as time went on, things became more relaxed.There’s little doubt that Queen Victoria married for love, albeit within her small circle; although she did encourage her children to marry high-ranking Europeans and thus had just about the whole of Europe sewn up.

Even when the situation became less strict, there were proposed royal marriages that just wouldn’t have been acceptable. One of these was that of Prince William.

He was highly eligible. Tall, good-looking and athletic, he played polo, was an experienced pilot and loved fast sports cars. But he chose the wrong woman. 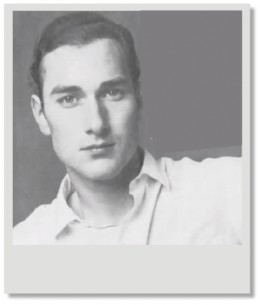 William was the eldest son of Prince Henry. This means that he was the cousin of Queen Elizabeth II. However, he was only seven years older than Prince Charles and was the young prince’s idol. (Charles even named his first-born after him).

He entered the Foreign Office and was stationed in Tokyo. There he formed a relationship with a woman who captivated him but was definitely not seen as ideal princess material.

The royal stigma of Wallis Simpson was still comparatively fresh in mind and William’s secret mistress had a couple of things in common with Wallis. She wasn’t English and she too was divorced. Twice, just like Wallis Simpson.

In the eyes of the hidebound courtiers it got worse – not only was she Jewish, she also had two children and was seven years older than the dashing prince.

But the prince was deeply in love with Zsuzsi Starkloff. (Princess Zsuzsi, anyone?) He wrote to his parents asking them what they thought – would it be acceptable if he proposed to Zsuzsi?

Click on the image to buy the Kindle book

He took her to stay at the family home. He even took her to meet the queen.The relationship lasted for four

years and Zsuzsi knew it was hopeless.She knew that she simply wouldn’t be accepted as a member of the royal family.

He wrote his last letter to her in August 1972. He was still in an emotional turmoil trying to decide what to do for the best. He loved Zsuzsi but he didn’t want to marry in secret and his didn’t want to be exiled and ostracised in the way that the Duke and Duchess of Windsor had been.

Later that month, he was competing in an air race in the English countryside – something that he loved and that was a huge hobby and fascination.

For reasons we may never know,the plane suddenly became out of control and plummeted, burning, from the sky. 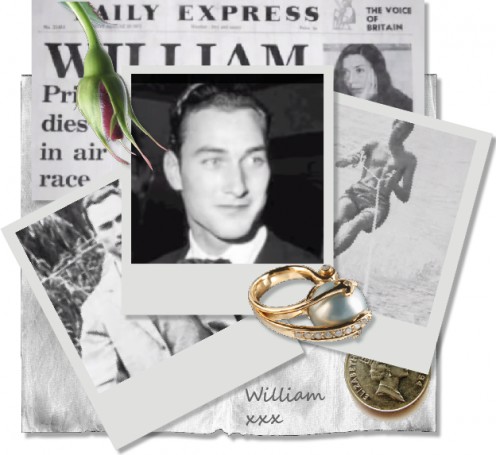 READ MORE ABOUT PRINCE WILLIAM IN THIS ARTICLE