Home » All books » Rain With Scattered Showers (of laughter & tears) 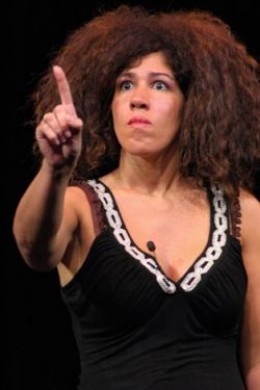 I wanna go to Baltimore.

I don’t even know anything about Baltimore. I know it’s a city in that big US of A, but that’s all I know. I’m an Englishman, and I live nowhere near Baltimore – I live here… England. There are no Baltimores here.

But still I want to go visit Baltimore.

Is it not the case for you, as it is for me, that every once in a while we finish reading a book and we want more? We don’t want it to end where it has. That book was more than just an enjoyable read. It moved us or touched us in some way.

Well that’s why I wanna go to Baltimore.

When I read Jack London’s ‘White Fang’ I wanted to take his hand and shake it till it fell off (or mine fell off, whichever happened soonest). I wanted to ask him: “Mr London, please, I NEED to know… how on earth did you come up with such a powerful story as you did? Where did it come from, Mr London?”

When earlier this year I reread my trusty old copy of ‘Watership Down’ by Richard Adams (afterwards I wrote a rather crude review  ) the old ‘I need more – please don’t end – where did this story come from’ was still there. I had never fancied the idea of turning up at the front door of Mr Adams’ Hampshire cottage and shaking his hand until it fell off. He has long since retired now and is in his 90’s.

The last thing he needs is a smuck like me banging on his door setting off his dogs and alarming his gardener. Instead, I posted him a copy of my review of his magical book along with the many comments readers had left underneath it. And to my surprise and utter delightment, he replied.

So I want to go to Baltimore.

‘Jokes My Father Never Taught Me’ is another one of those books for me… don’t end there I need more.

Essentially, it is the real-life story of an exceptionally talented, yet complicated, and sometimes violent man, told from the eyes of his daughter. The man eventually dies of MS.

The way she tells the story, drawing from her own observations growing up, is heartbreaking, hilariously funny and terribly moving, and sometimes all in the same paragraph! “It was easier to love him if you didn’t know him”, she writes. Her mother, by the way, was a Jewish go-go dancer, and her father was black.

I can’t stand it that this book just ends – I need to hear more – there MUST be more.

I want to go to Baltimore, because that is where she lives. I hope her hand is strongly attached to her arm!

‘Jokes My Father Never Taught Me’ is available on Amazon, and I have found it for you here.

It is written by a mother, comedienne, actress, theatre director and all round stand up kinda gal – it is written by Rain Pryor, daughter of the greatest comedian that has ever lived… Richard!