Visits to gran’s house were so often soundtracked by her favorite crooners from the late 50s. Nat King Cole, Harry Belafonte, Dean Martin and Frank Sinatra were the cornerstones of her musical appreciation and of course this rubbed off on my mother who carried the torch (song) into the sixties with her own Roy Orbison and Shirley Bassey LPs.

I also need to mention my Uncle Eric, her son, who was also a big musical influence from those times. He was more into the country and western side of things. Crooners like Slim Whitman, Tab Hunter and Hank Williams played constantly through the music centre at his house.

As a child I was much more into the livelier pop sounds of the Beatles, The Kinks and the Stones. The idea of the ballad was already old to me – the stuff of prime time TV –  Val Doonican, Perry Como and Andy Williams; time to get up, go out and play. Let the grown-ups watch those knitted sweater types sail down moon river. We had better things to do…

In time though the balladeer was re-claimed by serious musicians such as 60s pop icon Scott Walker. Suddenly the ballad was cool. Walker introduced English ears to cabaret-theater and French chanson traditions, and particularly to Jacques Brel, who was more likely to sing of Marseille harbour prostitutes than swinging on a rainbow.

It’s fair to say that contemporary crooner Richard Hawley is from this tradition, rather than Harry Connick Jr style swing jazz or the lush orchestrations that my gran loved.

Hawley’s musical past throws a little light on the story.

He emerged from the British independent music scene – and specifically the unfashionable steel city of Sheffield – where he led The Longpigs and later played guitar in Jarvis Cocker’s PULP. Hawley has developed a style that draws from the bitter-sweet arrangements and singing styles of Johnny Cash and Roy Orbison. There’s a strong whiff of popcorn and velour from the cinema of David Lynch and Quentin Tarantino too – as many of Richard’s songs have a melancholy drama about them. There are earlier film noir echoes too.Richard could easily be the singer that gazes back at Robert Blake from the bus station mirror during the opening Capote and Richard Brooks “In Cold Blood”.

A lyrical romanticist who seems very aware of the anchronistic nature of his chosen style, Richard Hawley’s songs are knowingly nostalgic yet still have a very contemporary air. 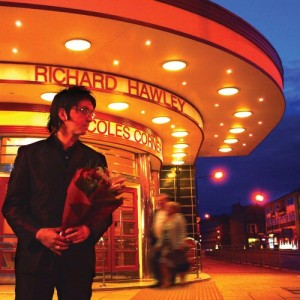 The songs on Cole’s Corner, his fourth album, seems steeped in the past – with hints of rockabilly, country, lounge jazz,and a little blues for good measure. It’s hard to pick out pop artists who have been as faithful to the old masters as Richard Hawley is. Nick Drake, perhaps. Nick Lowe certainly. Morrissey gives the impression that he’s capable but rarely goes this down tempo. Young guns like Teddy Thompson and Rufus Wainwright have tapped into this rich seam too but only for a song or two.

What I love about Richard Hawley is the heart-on-the-sleeve sincerity that his music pervades. Mojo Magazine spotted such emotion when they reviewed it back in 2005, noticing a melange of loss, regret, love, romance and homesickness. All things that touch the heart. It’s a feeling that my gran would have felt listening to Natt, Ray, Dean, Harry and Frank.

And lets face it, we all need to be a little more Frank… 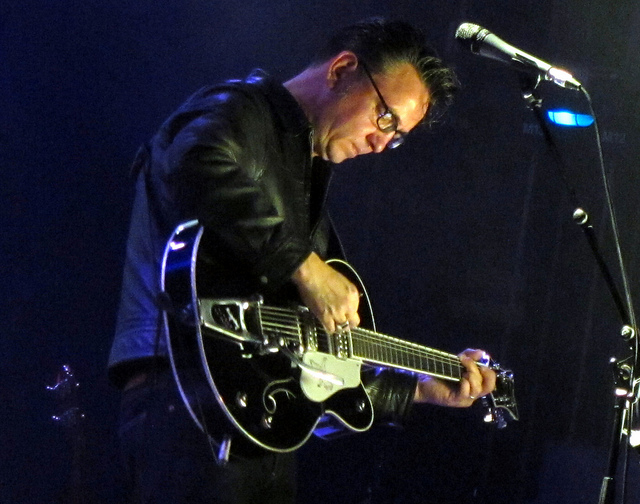