Ice Cube has a BAD Day in Ride Along

My Personal Review of Ride Along Starring Ice Cube and Kevin Hart.

I love comedies featuring police officers. I’m not sure why I find these movies so entertaining, but I do. In fact, some of my favorite comedies of all time include 21 Jump Street, Blue Streak, Miami Vice, Bad Boys, and many others. So, when I saw the previews for Ride Along, I was pretty sure it would be a movie that I liked. I mean with Kevin Hart and Ice Cube co-starring in the film hilarity was sure to erupt. 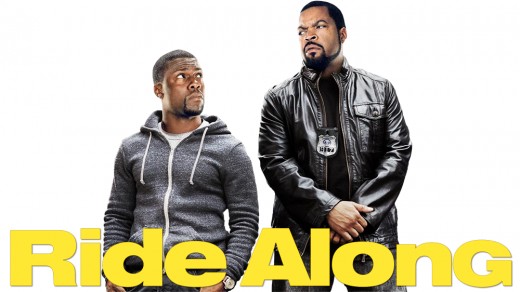 In the film, Ben Barber (Kevin Hart) is a wannabe police officer who works security at an Atlanta high school. Ben, nicknamed, the black hammer, is a good-hearted man who wants to make his girlfriend, Angela (Tika Sumpter), his wife. However, there is one obstacle in Ben’s way and that is Angela’s brother, James (Ice Cube). You see, James is one of Atlanta’s best police officers and someone that Ben looks up to. Unfortunately, due to some accidental third degree burns, James cannot stand Ben. For this reason, Ben thinks the only way to win James over and receive his blessing to marry his sister is to be accepted and graduate the police force.

When James refuses to give Ben his blessing, Ben attempts to prove himself to James. In order to get rid of Ben once and for all, James allows Ben to accompany him on a 24-hour ride along. After only a few hours, James is ready to rid himself of his sister’s boyfriend, but Ben won’t give up. The harder James pushes Ben, the harder Ben works to win James’ approval.

Ice Cube and Kevin Hart are a Great Comedic Team

If you aren’t familiar with Ice Cube, you may not realize just how funny the rapper is. The first film I remember watching with Ice Cube in it was Friday. Since this time, Ice Cube has appeared in many films and has recently appeared as a cop in a few of the films. Like many other rappers, including LL Cool J and Ice-T, Ice Cube, plays a cop very well. His angry demeanor makes him loveable and his comedic side adds just the right amount of balance to his character. His movie co-star, Kevin Hart, is effortlessly funny. At just 5’2, Hart often finds himself the butt of the joke and can turn any situation around with style. Hart’s comedic timing and physical humor had me literally laughing out loud at times and the pairing of Hart with the ever-angry Ice Cube is enough to make the toughest gangster smile.

If you love comedies starring cops, check out my favorite cop movies below.