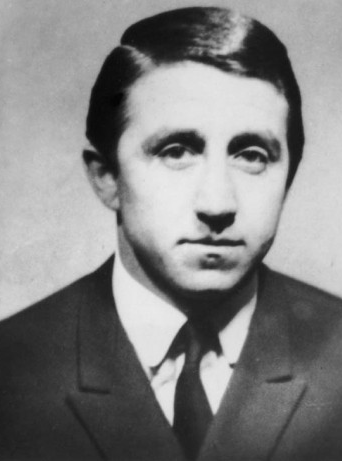 In the early nineteen sixties, Roy James was a promising young racing driver. He was also a criminal*.

In 1963 he was the getaway driver for what was referred to as ‘the crime of the century’- the Great Train Robbery that took place on August 8th, 1963.

He was a good racing driver and therefore an excellent getaway driver. When he took part in the Great Train Robbery, his intention was to use his share of the loot to finance a drive for himself in Formula One.

And he did have Formula One connections. This is why for many years, it was thought that the mastermind behind today’s F1 success was also the brains behind the train robbery.

Was Bernie Ecclestone involved in the Great Train Robbery?

This was a story that persisted for many years. It seems that people heard rumours that there was a connection between Roy James and Ecclestone, who is often referred to as the ‘Formula One supremo’, and this led to the theory that he had masterminded the train heist.

After all, the men who robbed the train in 1963 – even though they were portrayed in the media of the time as being highly organised – were rather shambolic, really.  And how did Bernie, the son of a humble fisherman, make all his money? It’s certainly true that he has the organisational brain to plan a successful robbery. But is it true?

In April, 2005, Bernie announced to the Independent newspaper that he had not planned the robbery or been involved in it in any way. He claimed that ‘there wasn’t enough money on that train; I could have done something better than that.’ Typical Bernie.

So what was the connection?

I said above that the robbers were not particularly adept. This is demonstrated by the fact that they were captured and sentenced to long terms in prison. (Most received thirty years). Roy James was paroled after spending eleven years in prison.

He then contacted his fellow racing driver, Graham Hill, to tell him that he was looking for work now that he was a free man. Word of this reached Bernie Ecclestone.

As well as being a racing driver and a train robber, James was also a silversmith. Bernie Ecclestone employed him to create Formula One trophies, in particular that given annually to the promoters – an award for the best organised Grand Prix of the year.

This, says Ecclestone, was his only connection with the Great Train Robbers. Hmm….

What happened to Roy James?

He tried to get back into motor racing but was unsuccessful. In 1983 he was charged with the illegal importation of gold but was acquitted. The following year, at the age of forty eight, he was married to an eighteen year old – the daughter of a bank manager. Shortly afterwards he was sentenced to six years inside for shooting his father-in-law (the bank manager) and attacking his wife.

Shortly after he was released from jail in  1997 he died of a heart attack, aged sixty one.

* In the twentieth century (I’m saying nothing about the twenty-first) motor racing was an exceptionally good cover for any number of illegal activities. Smuggling was particularly common – and don’t ask me how I know this 🙂

team. In 1993, he was jailed for twelve years for drug smuggling.