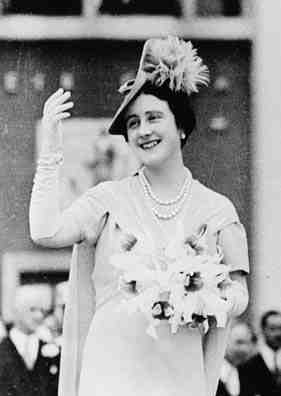 The great feuds of history usually involve the desire for power. What makes this twentieth century royal feud extraordinary is that this feud of over fifty years was brought about because of unwanted power and position.

This battle royal persisted from 1935 until 1986 and its protagonists were Queen Elizabeth and Wallis Simpson (later the Duchess of Windsor). The two women were sworn enemies. But why?

When this situation first began, Elizabeth was the Duchess of York and married to the king’s younger brother. She and her husband were accustomed to living in King Edward VIII’s shadow and that’s how they preferred life to be. They had two young daughters and preferred to live quietly in the country. But events were to change all that. In December 1937 Elizabeth, a quiet housewife, found herself being thrust onto the throne as the Queen of England. She hated it and thus hated the woman, Wallis Simpson, who had brought this about.

And Wallis Simpson found that she was probably the most hated woman in the world. She laid the blame on Elizabeth – who she felt had robbed her of the throne – and thus started the feud between the two women that was to last for the next fifty years.

The two women changed the course of British history 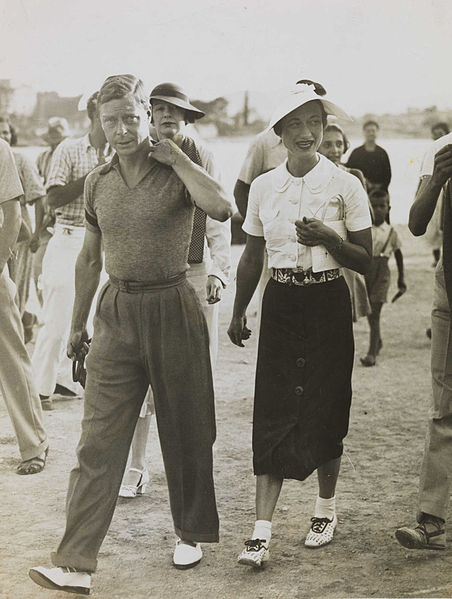 Indeed, it could be said that they changed world history. Wallis was the king’s American mistress. She was married and with a divorce behind her and was totally unsuitable to marry the king. This was not, as some people suggested, because she was American – many American women had married British nobility – but because she had a racy past.

The relationship between Mrs Simpson and Edward had started in the early nineteen thirties before he became king. He introduced her to Elizabeth and her husband during a reception at Buckingham Palace in November 1934. Wallis was, by palace standards, most unsuitably attired in a flashy lamé dress that was described as ‘Hollywood-style’. When she was introduced to the king’s brother and sister-in-law, Elizabeth coolly regarded the American and gave her a regal nod. Others in the room realised (Wallis did not) that this was a sign of Elizabeth’s deep disapproval.

Wallis became bolder over the months as her confidence in her place in Edward’s affections cemented itself. She invariably acted as his hostess. At one event, she was mimicking Elizabeth’s mode of speech when in walked Elizabeth herself. This marked the start of their feud.

In January 1936, Edward became king. The government was horrified by his continuation of his relationship with Wallis and also with his well-known admiration for Adolf Hitler. In September that year the king gave a  dinner. When Elizabeth arrived, Wallis in her role as unofficial hostess – with an air of confidence and ownership – went to greet her. Elizabeth sailed regally by declaring ‘I have come to dine with the king’. Everyone, even Wallis herself, realised that she had gone too far.

In due course, Wallis was divorced and the king still maintained that he wanted to marry her.  The government threatened to resign.But the king was adamant and abdicated. No-one was more horrified than Elizabeth’s husband – the moment the abdication papers were signed he became King George VI and she became Queen Elizabeth. Elizabeth was horrified at the thought of her shy and sensitive husband having to take on such role and she blamed just one person – Wallis Simpson.

And Elizabeth was without doubt the power behind the throne. At her urging, Edward was instantly exiled. Wallis began to receive hate mail from people all around the world. Edward would regularly telephone the king asking to know what his financial situation would be but the king stopped taking his calls.

Edward and Wallis were married and the king made Edward into the Duke of Windsor. In a move led by Elizabeth, the king refused to permit Wallis to use the title ‘Her Royal Highness’.This upset the duke immensely for the rest of his life. Said to emanate from the Windsors, the rumour was spread that Elizabeth had been born to the family cook – used as a surrogate mother. Their nickname for her was ‘Cookie’. Then  further rumour began, said to have been started by Elizabeth, that Wallis Simpson ensnared Edward’s affections thanks to curious sexual methods she had been taught in the brothels of China.

The gloves were off

Edward and Wallis visited Germany in 1937 and images of them with Hitler helped fuel the couple’s unpopularity. At the same time, Elizabeth was showing herself to be  popular queen. Wallis’ fury grew all the more when she realised that Elizabeth – who she used to refer to as ‘the dowdy duchess’ – was being hailed as a fashion icon. Wallis thought that was her preserve.

The Windsors often badgered the king wanting money and asking to return to England but they were refused every time – due, it is said, to Elizabeth. when war broke out, Edward asked the king for a public role and was sent to Paris in a minor military position. Wallis, who had once thought she would be queen, was horrified to find that she was now the wife of a junior officer. But the Germans were approaching so the Windsors fled to Spain. Here, the Germans kept up their friendship with Edward, insisting that ‘once they had won the war’ they would reinstate him on the throne, knowing his pro-Nazi views.

But at the urging of the royal family, the government gave the duke a new appointment- as the governor of the Bahamas. Wallis and Edward hated it. Their regular letters featuring comments about how dreadful it was did not endear them to the British people who thought that languishing in a tropical paradise was surely far better than being in war-torn Britain.

After the war, the couple decamped to the States where they were eventually seen as free-loaders. The duke occupied himself by writing his own highly biased memoirs about the abdication. When it was published it created an uproar because it coincided with a deep deterioration of the health of King George VI.  Many said, and certainly Elizabeth did, that his ill health was brought about by the strain of being king during the war years.

When George died on February 3rd, 1952, his widow Elizabeth referred to Wallis as ‘the woman who killed my husband’.

But the two women were ageing and as far as Elizabeth was concerned, Wallis had done her worst. When the Duke of Windsor died in 1972, Elizabeth attended the funeral at Windsor Castle. Others in attendance were astonished to see her gently steer the sedated widow to a sofa and start to chat with her. It  was the first time they had spoken for thirty six years.

When Wallis herself died in 1986, Elizabeth was amongst the chief mourners.