The Russell Baby: A virgin birth?

Home » All society » The Russell Baby: A virgin birth?

A virgin birth? You decide.

In the nineteen twenties, a married woman – Christobel Russell – became pregnant. That’s hardly remarkable in itself but there was a huge scandal. This is because that the rather posh Mrs Russell claimed that her husband had not been responsible for the pregnancy, and neither had another man. She said it was due to the ‘injudicious use of a sponge’. This is a great story. 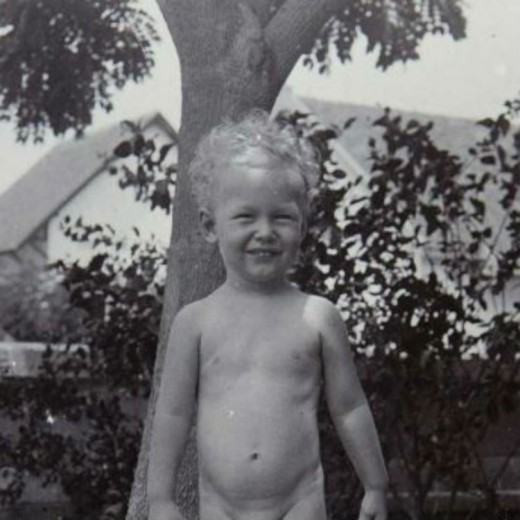 Christobel Hart  had married John Russell in 1918, and she had told him from day one that she didn’t want children. John agreed. This was quite unusual for a member of the aristocracy – they normally want to have heirs to carry on the family bloodline but John was fine with it. You’ll see why further down the page.

Christobel was so adamant that she was not going to give birth that she told her husband that there would be absolutely no hanky-panky. Rumpy pumpy was out of the question, she insisted. Oddly, he agreed.

Well, it seems likely that the young husband may not have been as keen an hanky-panky as the majority of young men were. You see, he was rather fond of cross-dressing.

Now don’t get me wrong. If a bloke wants to wear a frock from time to time, it doesn’t mean to say that he’s not capable of fulfilling his marital obligations. But it does make you wonder, especially as he was so quick to acquiesce to his wife’s celibacy mandate.

But whatever the reason for his lack of marital interest, suffice it to say that the marriage wasn’t consummated by mutual consent. But then —

Christobel discovered that she was pregnant. John, who had happily  agreed to his wife’s strange marital terms was sure that he couldn’t be responsible. So his only option, he felt, was to divorce this undoubtedly unfaithful wife.

Of course, this was far too scandalous a case to be ignore by the press and the public eagerly devoured every word of the court case reports. This was especially the case when it was revealed that several eminent doctors had examined Christobel prior to the birth and had declared her to be a virgin. As pure as the driven snow.

Unbelievably, the court found in Christobel’s favour. They had believed her evidence which was that the pregnancy had happened when the couple went to stay with Christobel’s mother-in-law, Lady Ampthill. The good lady presumably knew nothing of her son’s strange marriage condition. Or the fact that he was partial to donning the occasional frock.

Lady Ampthill naturally wanted the couple to produce heirs so not unnaturally, during their visit she  gave them just the one bedroom. At home, they were accustomed to having their own suites of rooms. But for his particular reasons and hers, Christobel and John passed the night without changing their previous habits. It may be that John had a go, but Christobel maintained that she fended him off and the marriage remained unconsummated. The problem arose the next morning.

In their own home, they had separate bathrooms but Lady Ampthill hadn’t supplied them with that luxury. Chrisobel related that she had bathed in the same water that had been used by her husband. She explained that she had washed herself, thoroughly one must assume, with a sponge he had also used.

She imagined that he had been aroused by her unaccustomed proximity   overnight had led him to attend to his own needs when taking his bath, using the moist, soft sponge as a makeshift substitute to herself (or parts thereof).

The baby was duly born and was named Geoffrey. In due course, he became Baron Ampthill when his father died in 1973. (The courts had ruled that Geoffrey was indeed John’s son, even via the sponge). As such, Geoffrey was a member of the House of Lords.

More than twenty years later, there was a parliamentary reform regarding the House of Lords.  Britain was getting rather tired of this side of the Houses of Parliament. The lords were there by reason of hereditary, not by their own merit. A new bill meant that lords now had to be elected.

Members of the Houses of Parliament, whether elected or not, have always been fair game for the press and their sarcastic wit. The week prior to the elections, one journalist recounted the story of Geoffrey’s birth and wrote: