The murder of Sam Cooke.

On December 1964, singer Sam Cooke had been in a Los Angeles nightclub. There he’d met (or probably picked up) a girl of ‘English and Chinese origin’, Elisa Boyer. He had taken her to a motel, booked a room, registered and the couple went to their accommodation.

Some time later, the manager of the motel, Bertha Franklin, was in her room which was also her office. In burst Sam Cooke, demanding to know if she had seen Elisa — who had disappeared. Bertha noticed that the intruder was wearing nothing but one shoe and a jacket. She claimed that in addition to his eccentric appearance, he was drunk and violent. 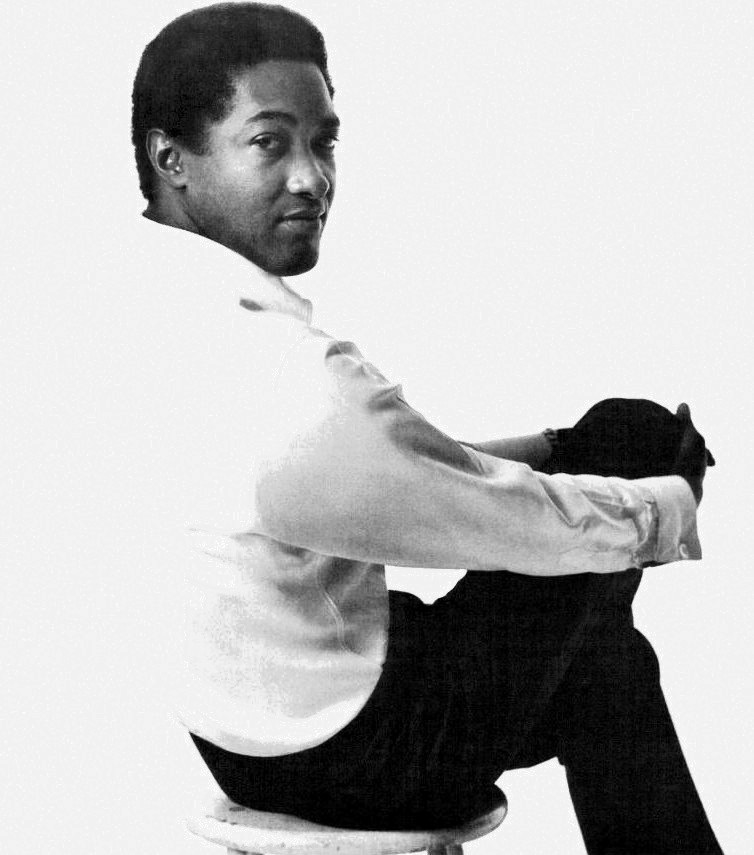 They struggled, she ran for her gun and shot him — fatally

As he lay dying, she also beat him about the head with a broomstick. When Cooke had burst into her room, she had been on the phone to her boss, the motel’s owner, Evelyn Carr. Hearing the commotion, she called the police to report the shooting.

At much the same time, the woman who had created this furore, Elisa Boyer, was in a phone booth up the road calling the police and telling them that she had just escaped from a kidnapper, Sam Cooke.

Even though she admitted that she had shot the singer, Bertha Franklin was not charged with killing him. It was accepted that it was an act of self defence. And of course, her boss corroborated her story as she had heard the events over the phone.

When people who knew Cooke heard about the circumstance of his death, they were doubtful, especially when it came to Elisa Boyer’s story. She claimed that she had spent the evening with Cooke at the nightclub and that she asked him to drive her home. But he took her to the motel instead and ‘forced her onto the bed’.

She explained that when he went to the bathroom for a moment (which seems a strange thing to do when you’ve ‘forced’ a woman onto the bed) she grabbed her clothes (so presumably he had also ‘forced’ her to undress) and escaped,inadvertently taking his clothes with her.

Does that sound right to you?

Imagine you are a rapist. (Strange to imagine, I know). You force your intended victim onto the bed, force her to undress (how, I have no idea), get undressed yourself and then think ‘oh, I’ll just pop for a pee’. It doesn’t occur to you that your victim might not just quietly remain on the bed, naked, waiting to be raped.

True, it’s hard to put yourself in the mind of a rapist but do you really think that they take a bathroom break just prior to doing the deed?

Furthermore, the idea of a frightened young woman ‘accidentally’ grabbing her potential rapist’s clothes as well as her own is a little odd. Would the clothes of a terrified victim and a rampant rapist end up on a nice pile together? It’s more likely that they would be scattered throughout the room.

But we should add to this that the newspapers of the time referred to the ‘victim’ as a ‘lady of the evening’ and ‘an exotic dancer’. And just one month after the events of December 11th, she was arrested for prostitution after agreeing to an assignation with an undercover cop.  Indeed about eighteen months later she was arrested again in a raid on a nightclub that was allegedly involved in prostitution.

And as Sam Cooke’s friends, family and fans pointed out, she had willing gone with him in his car, she had not resisted when he booked into the motel and had gone to the room willingly. They had checked in at about 2.30 in the morning of December 11th. Bertha Franklin, the manager who shot Cooke had dealt with them and said that Elisa showed no signed of distress.

She also had told the couple that it was required that they signed in as a married couple so they had registered as Mr and Mrs Sam Cooke. This was a strange thing for the singer to do if his goal had been rape.

Cooke’s family commissioned their own investigation and two important points were discovered. The first was that it was claimed that he had been seeing Elisa for three weeks before his murder. This means that she was not a casual pick-up and that she knew him reasonably well.

The second fact was that Bertha Franklin did indeed have a gun registered in her name. But it was a .32 whereas Cooke was killed by a .22. It was also later discovered that Franklin had a police record — for running a brothel.

What happened to Sam Cooke’s cash?

It was said that on the day before he was shot, Cooke had taken $5000 in cash from a deposit box. Witnesses also spoke of his flashing a lot of cash around on that day.  (Which might well have been a huge temptation for Ms Boyer). When the police inventoried the dead man’s belongings they found his watch and his money clip but the wallet he always carried that contained his credit cards, driving licence and cash was never found.

Was this simply a robbery that went wrong?

The motel was well-known as a place for prostitutes to take their clients. (And because of Franklin’s previous career path this comes as no surprise). It was also quite common (and may still be) for prostitutes to sneak out with their clients’ belongings and money. Often, a good ploy was to also take the clients’ clothes as he would be unlikely to pursue his robber in his birthday suit.

Bertha Franklin was not prosecuted for the killing as it was regarded as justifiable homicide. She received death threats – presumably from fans – and lost her job at the motel. She tried, unsuccessfully, to claim damages from Cooke’s family. She moved away from the area and died of a coronary just over a year later.

Elisa Boyer continued in her chosen profession. Her speciality was known to be robbing her clients of their money and valuables. In 1979 she was convicted of murder as she had killed her boyfriend. She was sentenced to a jail term of twenty five years to life.

Cook and his wife Barbara had had a relatively open marriage. He was known to frequent prostitutes and she was also known to have had affairs. But she surprised everyone when only three months after being widowed, she married her late husband’s guitarist, Bobby Womack. He was ten years her junior and became the stepfather of her two children.

The couple were divorced five years later because Barbara accused him of having an affair with her eighteen year old daughter, Linda. Evidently she found them in bed together. Barbara then shot Bobbie, though not fatally. Now it gets really confusing — follow closely.

Linda then married Bobby’s (her stepfather) brother, Cecil. The pair had fleeting fame as the singing partnership, Womack & Womack.