Home » All entertainment » Sergeant Pepper Taught the Band to Play 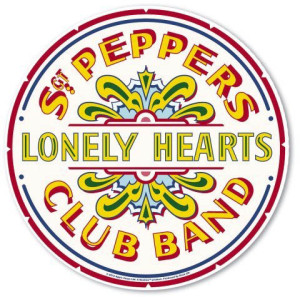 Over the years there have been some spectacular Beatles cover versions. I was always partial to the ones with soul, with Richie Havens’ Here Comes The Sun, Ray Charles’ Eleanor Rigby and the Brothers Johnson’s, Come Together up at the top of the list.

But one album that’s spawned more than a few monsters is Sgt. Peppers Lonely Hearts Club Band. We could be here all day looking for the absolute worst. Scots comic Billy Connolly’s Mr Kite. That was one. George Burns Fixing A Hole was another. William Shatner’s Lucy In The Sky With Diamonds is right down there with the worst of records ever made.

But, my friends, all is not lost! So let me introduce to you…Easy Star’s Lonely Hearts Dub Band.

The Easy Star All-Stars were formed in New York by two longtime friends, Michael G. and Ticklah. Working with a Brooklyn-based sound system they’d been backing visiting Jamaican reggae stars both on the stage and in the studio for a few years before releasing their reggae/dub take on Pink Floyd’s legendary Dark Side of the Moon album in its entirity.

That was one of those really dumb ideas that we can be glad someone had the nerve to follow through with, because it works way better than you’d ever expect. There’s a fantastic drum and bass take of On The Run and a beautiful version of Time with singer Corey Harris and DJ Ranking Joe.

Next came Radiodread, an equally challenging redux of Radiohead’s OK Computer album. It really could have come off as a parody, or an unlistenable mess. This too, though, went down a treat. Their use of top ranking guest vocalists like Toots Hibbert and Horace Andy was inspired and the interpretations and arrangements are both true to the reggae genre and to Radiohead’s 21st century rock aesthetic. 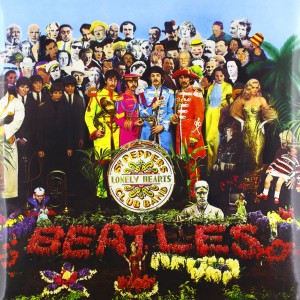 So these boys had a great track record when it came to tackling The Beatles psychedelic masterpiece. Key to their approach has always been their easy style. By now the group had been gigging their easy-skanking grooves for a few years so were always going to make this another quality interpretation. They brought in more top notch reggae singers – Frankie Paul and Matisyahu head the list – and now a well drilled horn section put the icing on the cake.

We try to find albums that are great as a whole, while also being made up of cool and interesting songs.  We have to believe that we are going to be able to take the original to a new and interesting place.  And we also want to do albums that will resonate with a large number of people.
Michael G – Easy Star Allstars

Having made Pink Floyd and Radiohead sound like party people, they were always going to have fun with the Beatles.

With A Little Help from My Friends is the first song that really benefits from this new vibe, with lead singer Luciano all up-beat, bringing to mind Bob Marley at his best.

Another strong take is Lovely Rita, benefiting from a changed tempo and Rasta vibe.  Some spoken lines add a whimsical spin on the song.  Sgt. Pepper’s Lonely Hearts Club Band (Reprise), lacks the hard-driving rock guitar of the original, but is lifted by strong harmonies and a continuing party vibe.

The song that could have been the most difficult, A Day in the Life really works well as a reggae arrangement, with a gentle acoustic guitar lending a “Redemption Song” feel.  They even play with the lyrics, particularly in the middle eight: “Woke up, fell out of bed / Jacked my fingers through my dreads,” they sing. 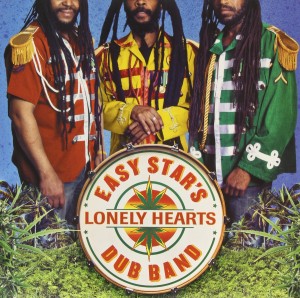 My favorite arrangement is Within You and Without You, which combines an indian sitar with a driving reggae back beat. Matisyahu delivers a beautiful vocal.

This was a chance for us to really change our ways –  in that our first two albums were dark and minor-key reggae, which I really love, but Sgt Pepper is upbeat, and a major-key album, to apply the Easy Star sound to an upbeat and really fun album.
Michael G – Easy Star Allstars

There are some weak moments, where they are probably sticking to the Beatles original too closely. Conversely I’m sure that this album may offend Beatles purists for their more radical re-interpretations, but if the alternative is Frankie Howard and William Shatner goofing aound, then…