The Girl in the Song: She’s Leaving Home

Home » All entertainment » The Girl in the Song: She’s Leaving Home

Melanie Coe was seventeen years old when she ran away from home. The story of her disappearance was reported in the British newspaper, The Daily Mirror, and when Paul McCartney read it, he began to write the song She’s Leaving Home. 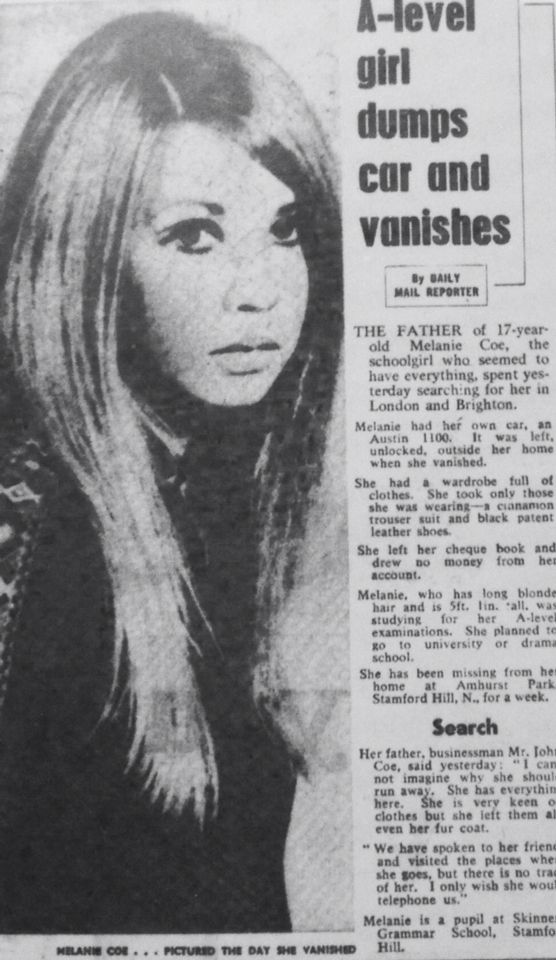 What he didn’t realise what that he had met Melanie three years previously, in 1963. She had been on the television show, Ready, Steady Go, and won a prize for a miming and dancing contest. The Beatles were performing on the programme and it was Paul who presented her with her prize.

You can see the excruciating video below, which I’m sure is an embarrassment to all concerned.

However, Melanie’s situation wasn’t as Paul described it in the song. The Lennon and McCartney girl slipped out of her parent’s house early in the morning. Melanie left in the afternoon leaving a note that her mother found when she returned from her hairdressing job.  Melanie was running away with her boyfriend because she was in the early stages of pregnancy.

The song, quite delightfully, refers to the boyfriend as ‘a man from the motor trade’ but in fact Melanie’s boyfriend was a croupier. (I much prefer Paul McCartney’s version). The couple were discovered ten days later in his flat in London. It hadn’t been difficult to trace them – Melanie had already told her parents where her boyfriend worked.

What happened to Melanie Coe?

To explain her behaviour, she used the juvenile excuse “I had everything money could buy” (it it said in the song) “but my parents never told me that they love me”.  The pregnancy problem was sorted out by an abortion. Less than a year later, she married a man from Spain and the couple moved to the Bahamas but the marriage ended after a year.

Melanie moved to Los Angeles, having decided to become an actress. She didn’t andher only (very minor) claim to fame was that she dated Burt Ward – a.k.a Robin in the television series Batman. She moved back to England and then on to Southern Spain pursuing yet another dream. By this time she had married again. But she was forced to demolish her property there (reportedly worth $200,000 in the nineteen nineties) because it had been built illegally on land belonging to the National Park.

She was leaving home again

Melanie was involved in a long legal wrangle over the property from which she said she discovered many things about Spanish property law which made her into an expert.

She became a real estate agent, selling properties in Spain.