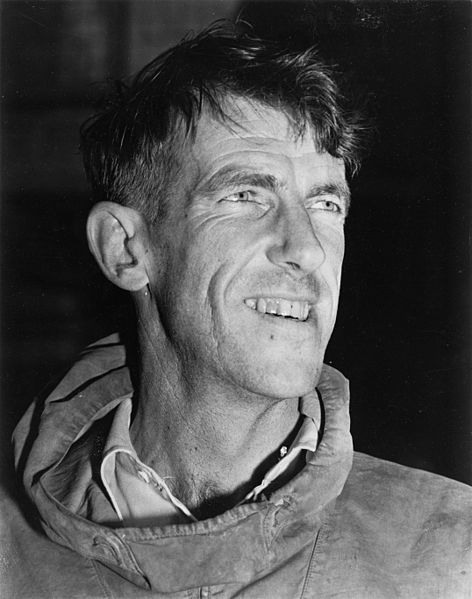 Sir Edmund Hillary is best known for being the first person to scale Mount Everest, along with his Sherpa guide, Norgay Tenzing.

Tenzing was more than just his guide and companion though – he provided the inspiration for Sir Edmund to devote much of his life trying to improve the lot and the lifestyle of the Nepal Sherpas.

Hillary undertook many expeditions -going to both the North and South Poles, and Everest was just one of the many mountains he climbed.

He was an adventurer and was game for any experience.

But did you know that the greatest luck he experienced in his life – and the greatest tragedy – were not caused by his adventurous lifestyle at all?

In 1960, commercial air travel was still comparatively new. On December 16th, 1960, an event took place that many had feared – two aircraft collided in mid-air when approaching Idlewild and the planes plummeted to New York itself.

No passengers or crew survived and it was miraculous that only six people had been killed on the ground.

It was also known as the Park Slope Plane Crash and was to worst US air disaster to date.

Edmund Hillary was booked on one of the fatal flights but was late and missed the plane.

Hillary married in 1953, shortly after he had conquered Everest. He and his wife had three children, Peter, Sarah and Belinda. In 1975, Hillary was on the lower slopes of Everest where he was supervising the construction of schools and hospitals to help the Sherpa community.

His wife Louise and youngest daughter Belinda were flying from Kathmandu to join him. The plane crashed on take off and all the occupants were killed.

In the late seventies, Air New Zealand was running tour flights to the Antarctic.The planes would fly above the frozen wastes for couple of hours in order to allow the passengers to see the inhospitable area and its majesty. They would refuel and then fly over another area of the Antarctic.

The tours had distinguished guides aboard to explain the area and answer questions from the passengers. Edmund Hillary was one of the regular speakers on the flight.

Edmund was scheduled to be on that flight.

He had cancelled at the last minute and his place had been taken by Hillary’s good friend and fellow adventurer, Peter Mulgrew. Ten years later, Hillary married Mulgrew’s widow, June. They remained married until Hillary died on 11th January, 2008 at the age of eighty eight.