The biography of a restaurateur extraordinaire. 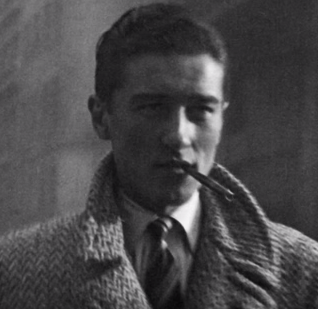 Sirio Maccioni was born into a poor Italian family of farmers in the nineteen thirties. And yet this extraordinary man became the most important restaurateur in America, if not the world.

The philosophy behind his success was simple. He believed in hard work — it’s as simple as that. He believed in the traditional Italian values that had been passed to him from his family – especially his grandparents – from when he was boy.

He brought to America his philosophy of providing simple but perfect food, the ‘dining experience’ and above all, his desire to make people happy. After a fascinating early career, this is exactly what he provided – with enormous success – it his famous Le Cirque restaurants.

Sirio became known throughout the world and befriended hosts of celebrities, politicians, even royalty, yet he remains at heart an honest Tuscan with strong family values — and a huge degree of charm.

It’s fascinating to read about Sirio’s life and this is no typical rags-to-riches story. He was born into a farming family – you might say into peasant stock- in the nineteen thirties. When he was only six years old his mother died of pneumonia – there was no money for medicines or hospitals.

In September 1944 he became an orphan when his father was fatally injured in a bombing attack. He was brought up by his grandparents but the family could not afford to educate him – he didn’t have the opportunity to go to high school. So he went to work in the local hotel – on the very lowest rung of the ladder.

He had no intentions at all of leaving his beloved Tuscany and family but his grandmother encouraged him to go to work in Paris where he would learn – and earn – more. But in 1954 he began working as a waiter on a cross-Atlantic ship and, having travelled the world being treated almost as a slave, Sirio simply left the ship in New York. 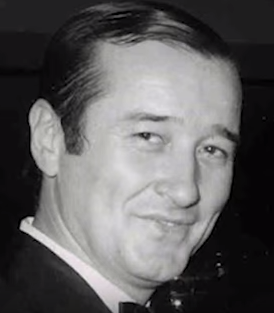 As you read about Sirio’s life and how he started his new career in the United States, you’ll find that the book includes fabulous photographs dating from the 1930s right up until the publication date. You’ll find quotes about Sirio from celebrities, food critics and politicians. Probably even more importantly, several delicious recipes that come directly from the kitchens of Le Cirque.

Although Sirio employed the very best chefs, the final arbiter in his kitchens was always his wife Egidiana who he married in 1964. Egi, as she is known, was an Italian girl (you just can’t imagine Sirio marrying a girl of any other nationality) and a classical singer. In his book, Sirio says ‘my wife is the best thing I have’.

But this doesn’t mean that Sirio is no longer at the helm. At time of writing, he is still at one of his restaurants every day – still believing in hard work.

Sirio’s biography is so very readable. It reads like an exciting rags-to-riches fictional novel – sometimes it’s hard to remember that this book is describing the facts of Sirio’s life. And Sirio is remarkably honest when talking about his life and career.

Not being a member of the New York glitterati, I confess that I hadn’t even heard of Sirio Maccioni before I discovered his delicious biography. But they say that his Le Cirque was always very popular with women and I imagine that was due to Sirio’s natural charm, discretion and impeccable manner. I suspect they were all slightly in love with him and I’m not surprised — when you read the book you too will come under his Italian spell.

It is somehow appropriate – and indicative of Sirio’s life – that the forward in the book is written by Donald Trump and yet Sirio has lovingly dedicated it to his grandmother.

Scroll down to meet Sirio in a video.