Song For Sunrise – The Sopranos

Home » All entertainment » Song For Sunrise – The Sopranos 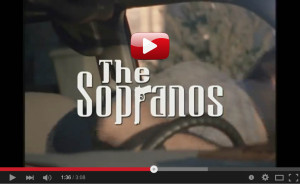 View the full theme of the HBA Series The Sopranos. Click it!

“Woke up this morning, got yourself a gun…”

The opening titles to the most highly rated TV show of the 21st century starts with a rumbling bass-driven trip hop track, and what sounds like a southern fried pick-up trucker drawling the lyrics.

A small-time mobster, who we’d later get to know as Tony Soprano, speeds out of the Lincoln tunnel and heads down the New Jersey turnpike into the setting sunshine. The twin towers are glimpsed through his rear view. He’s driving a Chevy Suburban, which is a big-guy truck; an arm-chair on wheels. We see some of the rougher edge of town – Port Newark, the old Pulaski Skyway over the Hackensack River and the North Arlington Cemetery. He jumps out somewhere in suburbia, with the sound of a needle knocked off the record, cutting off the song.

The theme song seems a perfect fit. It’s easy to imagine the singer in a beat up stetson, mirror shades. A hard partying sixty-a-day Old Oprey vet from Alabama, right? Well not quite.

The band behind the song ‘Woke Up This Morning’ are actually British, formed in deepest south London. The accent is all in the vocal – like Mick Jagger, Elton John, Rod Stewart, Amy Winehouse and Adele – the American accent maybe Southern but the the band are not. “We are the Alabama 3, but we’re not from Alabama – and there’s not three of us.”

They weren’t taken entirely seriously at first. Calling themselves First Presleyterian Church of Elvis the Divine before changing the name to Alabama 3, their 12″ vinyl release sank without trace in the States. One of the few who DID pick up a copy was The Sopranos creator David Chase who fell in love with one of the remixes done by producer Bob Clearmountain.

A classic title sequence was born. 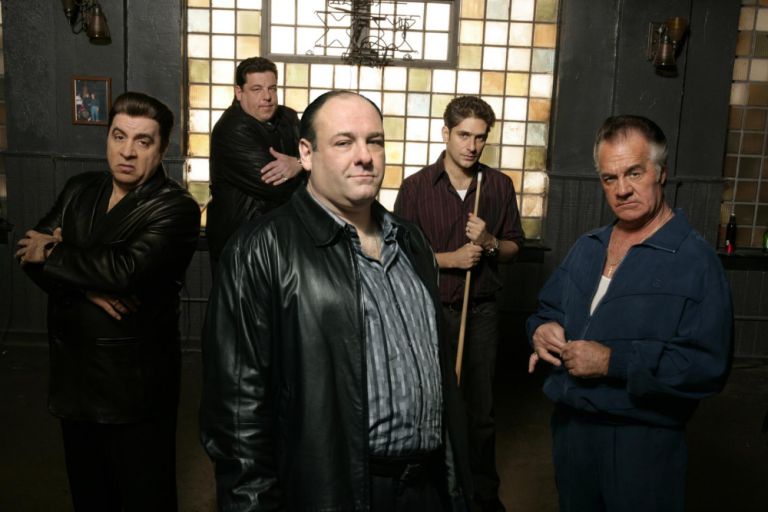 The theme tune seems to have been written perfectly for this series about a New Jersey mobster family. “Born under a bad sign with the blue moon in your eyes..” hints of destiny and a world tarnished by a ‘shotgun shine’, yet the inspiration for the song comes from a completely different scenario. 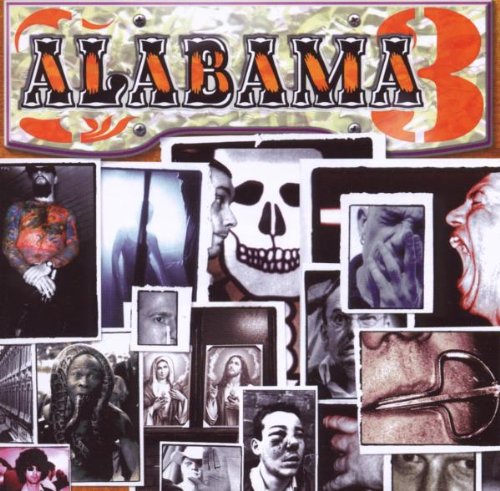 Battle of Coldharbour Lane by Alabama 3. It’s great! Buy it!

Malcolm Thornton died after a domestic argument in his home in Warwickshire, England. He’s been stabbed by his wife, who didn’t deny doing it, but claimed self-defense – her husband had been known to use Sara as a punchbag during their twenty year marriage. This didn’t make any difference. It went through the courts as an open-and-shut case, and she was given a life sentence.

Sara Thornton would have spent the rest of her days staring at the walls of a prison cell but for her case being taken up by anti-domestic violence campaigners. There was a clamour for a re-trail, where psychiatrists argued that Sara had suffered from a syndrome called ‘dissociation’, a personality disorder that causes an individual to react inappropriately to events.

The sentence was commuted to manslaughter and she was unexpectedly set free due to the amount of time served. Songwriter Rob Spragg was moved to write the song as a tale of female rebellion, so it’s ironic that the piece is now intertwined with plus-sized masculinity and violence.

The band weren’t paid a huge amount and the band paid it no mind at the time – there was no hint that The Sopranos would be box office gold, yet the song is a good draw for a savvy live act.

Ironically there is a gangster connection to the Alabama Three – one of the band is the son of Bruce Reynolds, mastermind of The Great Train Robbery. Now there lies a story…