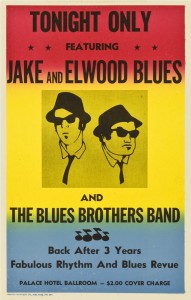 When it comes to Chicago music it all boils down to one thing. A cultural moment that overshadows all else.

A watershed experience, not just for the city, but everyone else on the planet that witnessed the car crashes, the celebrity cameos, the flamethrower attacks, the shopping mall destructions, and the relentless car chase carnage that was The Blues Brothers.

This is the second of two articles about music inspired by the great city of Chicago, and here we look at the post Blues Brothers period.

Read Part One of Songs About Cities – Chicago here!

The Blues Brothers was one of the first movies available to rent on VHS and watch over and over. If youve failed to see it, the movie is a musical comedy based on sketches from the Saturday Night Live TV show, back when it was still funny.

Musically this means that, once again, I can start the ball rolling with Sweet Home Chicago, only this time its a Chicago boy, John Belushi (in the guise of the legendary Joliet Jake) running the show.

“It’s 106 miles to Chicago, we got a full tank of gas, half a pack of cigarettes, it’s dark and we’re wearing sunglasses.”

I suppose I shouldn’t be picking cover versions, but here’s another one. Spencer Davis’s Hammond-driven blues rock number, a hit in ’67. In the hands of Chicago Transit Authority it became a wigged out rock-meets-jazz jam – a synthesis of wild electric guitar and more deeply rooted jazz arrangements. Cracking rock and roll and an aggressive brass trio. Marvellous.

There were other notable bands out of Chi-town in the seventies, but having witnessed pissed up REO Speedwagon fans throwing bottles at Tom Petty in the 70s I’m still not inclined to give them the time of day. Fast forward to the eighties and Steve Albini’s Big Black is all that comes to mind. The city came back alive musically in the 1990s as Liz Phair, Urge Overkill and Ministry added some noise to the story.

I’d previously lumped Billy Corgan’s band alongside Soundgarden in the grunge bargain bin. I loved their multi-layered guitar sound and expected more of the same from the new triple (triple?!?) album Mellon Collie and the Infinite Sadness I almost didn’t play the thing at first thanks to that dumb title wordplay, but once the needle hit the record I soon changed my tune.

Tonight came from Smashing Pumpkins breakthrough album in the mid nineties, and they became my new favourite band overnight. Unlike a lot of Corgan’s lyrics this came together perfectly –  magnificent orchestral strings and  wonderful, lovestruck propulsion. The song is a wonder of “the time is now” self-motivation. So much so that it was reguarly heard at the United Center during The Chicago Bulls basketball games.

“We’ll find a way to offer up the night tonight
The indescribable moments of your life tonight
The impossible is possible tonight
Believe in me as I believe in you, tonight”

From 2002’s Demolition album – and written at a time when Ryan was bursting with songs – many of hich were debuted at solo acoustic shows. As a whole it did sound like a collection of demo tracks, but some, like Dear Chicago, really hit home. In the song he uses cities (Chicago and New York) as metaphors for old lovers. As some wag once said about it, “nice and depressing”.

One of America’s most  creative musicians, Chicago is from his 2005 album, Illinoise, a fabulous masterpiece of a song. He’s a stunning storyteller and this is one of mine, and I suspect many people’s favourites. It can be taken in many ways. Love lost, escape from things past, the temporary nature of things, a free spirit city existence, travel as redemption…

“I’m prone to making my life, my family, and the world around me complicit in my cosmic fable, and often it’s not fair to manipulate the hard facts of life into a vision quest. But it’s all an attempt to extract meaning, and ultimately that’s what I’m in pursuit of, like: What’s the significance of these experiences?” Sujan Stevens

Another of America’s great shaman storytellers and a recent addition to his extraordinary catalog. His Chicago revisits a theme we can find in so many songs devoted to the city – that of a new life, and a new start, having nothing left to lose. It’s a theme that has remained a constant since Robert Johnson’s ‘Sweet Home Chicago’ a song written as if the city was a home even though the protagonist hadn’t reached the city yet. The same feeling emerges from this song too.

Isbell emerged from an apprenticeship with one of America’s finest and most literate southern rock bands to release equally credible music of his own. Drive By Truckers are a combination of loose, twangy country rock and finely crafted songs, full of  folklore, politics, and character studies  – warts and all. Jason Isbell’s inclination was towards the acoustic and the melancholy, and expanded his lyrical allegories once he went solo. In the years he was with DBT he only recorded eight songs with them.

Chicago Promenade is a heartfelt song; a kind of bandaid for loss. In interviews he’s said that it’s a song about his grandfather, who was playing a show in Chicago. His live shows are excellent and a little more upbeat than this one.

The last single release from Kanye West’s Graduation album realeased in 2006. His tribute to his hometown uses an extended metaphor of a girl called Windy, and his guilt about leaving her to persue his musical dream. Stylus Magazine rightly noted Kanye’s confidence and his attention to detail. “Kanye has always made headphone records, and this one is no exception: he’s as obsessed with sonic detail as any producer this side of Timbaland or Trent Reznor.”

His feelings about his home city are complex, as this blog points out. But with a generous hook courtesy of Coldplay’s Chris Martin and a superb video by the ever inspiring Hype Williams this is a real highlight. His truest Chicago  statement is his work in the city via Donda’s House, the charity foundation he set up as a tribute to his mom.

Foo Fighters – Something From Nothing

Foo Fighters had an ambitious idea for their Sonic Highways album last year. Eight songs written and recorded in eight different cities, with contributions from legendary local musicians. The real stars on this trip are the studios – Band leader Dave Grohl runs with an idea that the great analog studios are sacred and a natural space for creative storytelling.

Something For Nothing was recorded at Recorded at Steve Albini’s Electrical Audio studio and is steeped in the influence of the city. A souring guitar has more than a hint of Smashing Pumpkins about it, and includes a great solo from Cheap Trick’s Rick Neilsen.

“The first time I ever saw a live band play was at this little bar called the Cubby Bear. I got my belly against the stage . . . it’s loud, there’s spit and blood and beer everywhere, and I’m like, ‘I want to do this for the rest of my life.’” Dave Grohl on the Cubby Bear, a sports bar opposite Wrigley Field.

To end my Chicago set I come to Wilco, who have been my favorite band since the 1990s.

The song I’ve picked is from one of their earlier albums, but in the video you see the latest incarnation of Jeff Tweedy’s band, probably his best. Live the band really tear through the back catalog and regularly lift uncertain originals into majestic classics.

I could have picked the melacholy murder ballad ‘Via Chicago’ – but I’m in a great mood and the good Dr. Jackson tells me to avoid miserable and gloomy music at all costs.

So here’s a song about a tortured artist who may or may not have been a former band mate, recorded live in 2011 at the Civic Opera House in Chicago, IL, photography and editing by Richie Wireman, the guy behind Wilcoworld.

Don’t worry – there will be more, as the great soul and blues labels of this city are both worth their own articles!

Read the first part of Songs About Cities- Chicago here! 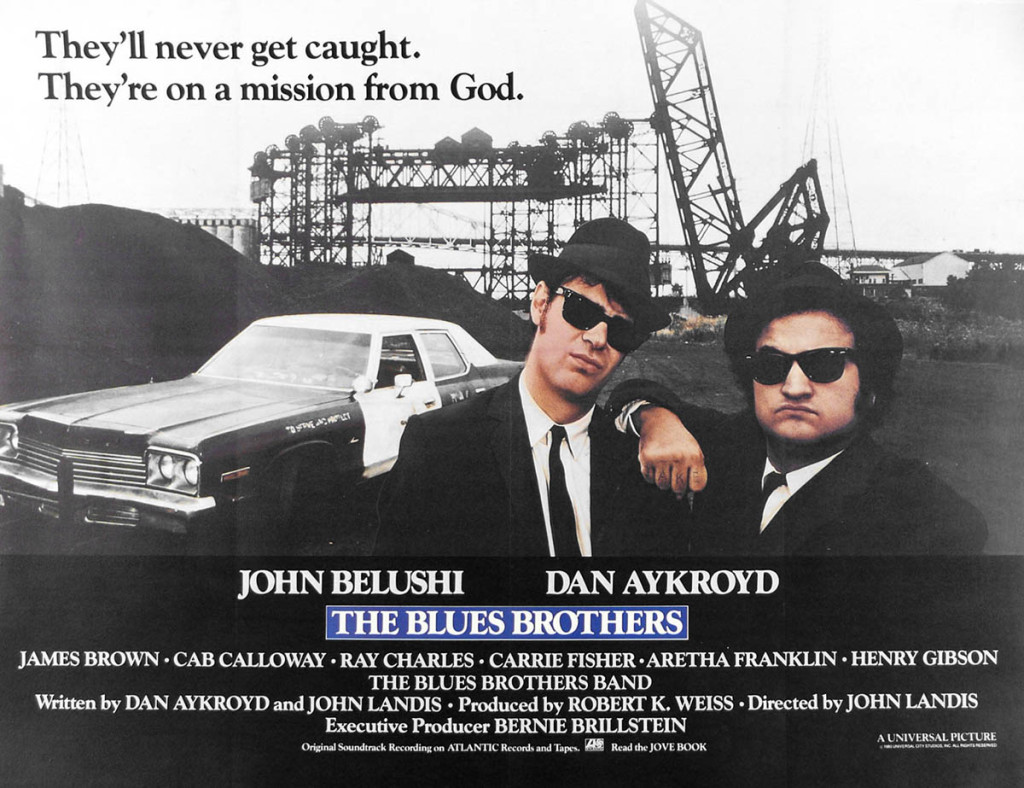 They’ll never get caught. They’re on a mission from God. Buy the poster.