A Song for Sunrise – The Eagles

Home » All entertainment » A Song for Sunrise – The Eagles 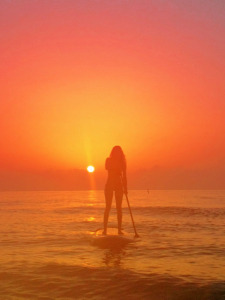 A Song for Sunrise – The Eagles.

It’s the weekend. The all-night partygoers are on the beach watching the night out and the day begin.

The evidence of the party chill is right there in the form of a phalanx of empty Corona bottles. The sun is beginning to burn a hole in the blue. Conversation fades and it’s just time to let those sloe colors do their magic. And if the luck is still on your side it’ll be a dash of Florida orange juice, a splash of grenadine, a squeeze of lime and the last of that Tequila bottle you’ve got there…

Word is that the Tequila Sunrise cocktail was invented by bartenders at an after-party on a Rolling Stones tour. In California of all places. The Trident Restaurant in Sausalito. Some say the drink was named after the Eagles song of the same name, but they were probably too out of it to know for sure. 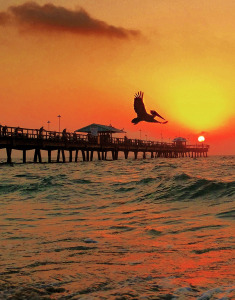 The Eagles? Well those guys just nailed that California up-for-four-days partying look. They stepped from the lear jet looking like dude ranchers and wrote songs that were the ultimate in paranoid hangover come-downs. And loath as I am to admit it, their songs are sounding better the older I get.

As a young man I was about as relaxed as a long tail cat in a room full of rocking chairs. Those stoner rockers meant nothing at all to me, as I hadn’t gotten to the point where I knew that life had a break pedal. But as soon when I got to Florida and slowed down just enough to take it easy the Eagles’ sun-drenched infused music just fitted the new mood just fine.

Tequila Sunrise, one of the first songs that Glenn Frey and Don Heley wrote together, is one of those melancholy up-all-night songs. It doesn’t meander down the canyon as many classic Eagles numbers tend to do. The song’s about as love sick and punch drunk as the teenage ranch hand protagonist. He’s moved in with some fast cat who is out on Sunset Strip every night leaving him at home to nurse his bottle. She’s had him and dumped him, or most likely she’s no idea he’s even there. 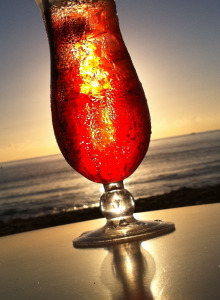 Sitting out on the back deck watching the orange merge with the night sky I now understand a little more about the song. I was always falling in love with the Carmens of this world and I was no Toreador. Brassy and confident with a hard party attitude these girls lit up the room – as an eager teenager  it was really hard to get their attention love-wise.

I remember taking some feisty rockin’ blonde to the hottest show in town and just adored the way she ended up on stage dancing, and the way she really really really wanted to go back stage to meet the guys. We were in there not ten minutes and she was in the bass player’s lap with her shirt off. Not surprisingly my night went downhill rapidly after that.

Tequila Sunrise is that kind of song. It’s not that the singer is having a moan about his lost witchy woman, there’s almost a resigned shrug to the whole thing. She’s got her eye on guys who make stuff happen, not some young stud getting slowly drunk in the back porch chair.

The sun’s coming up and the long glass is getting shorter and shorter. She’s run off with Joe Walsh and she ain’t never coming back.