In late September 2008, a hiker was out in the Sierra Nevada in California with his wife and a couple of friends. The hiker had heard that there was an abandoned mine nearby so left the rest of the party to see if he could locate it.

He didn’t – but he found something far more remarkable, although he didn’t realise it at the time. He found a pilot’s license and some banknotes. The license was made out to James Stephen Fossett. 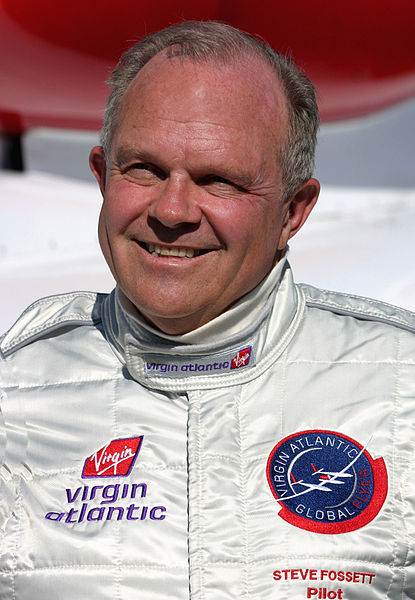 What the hiker didn’t realise at the time was that Fossett had disappeared whilst on a solo flight more than a year previously.

At first the name didn’t ring a bell. The hiker didn’t realise that this was Steve Fossett who had circumnavigated the world in a balloon and, as a well known adventurer, held dozens of records for aviation.

On the day he disappeared, he had set off in a borrowed aircraft from a private airstrip in Nevada. It was thought that he was looking for dried up lakes in order to find a location for a land speed record attempt.

He took off at about 9am, intending his flight to be two hours long. He planned to have lunch with his wife back at their Nevada ranch.

But he was never seen again

He hadn’t registered  flight plan as it wasn’t necessary. The plane was carrying a locating system that was supposed to kick in should the plane crash – but it didn’t. By the following day, fourteen aircraft were scouring the area but located no wreckage. Although the plane was fully equipped with a radio, no transmissions had been received.

Chasing the Wind: The Autobiography of Steve Fossett

What followed was the largest ever search mission in peacetime history. But no clues were found. The wreckage of the aircraft wasn’t discovered, nor were Steve’s remains. The official searches were called off although others continued searching for over a year.

When the hiker found the identification and banknotes, he didn’t realise whose they were. It was only later that he discovered that these might be the most important clue to the disappearance of Steve Fossett. Via his lawyer, he tried to contact the Fossett family first – he said that had it been a member of his family he wouldn’t like to  hear such things on the TV – but it wasn’t possible. Therefore the police were contacted.

Several days later, a wrecked plane was located just 750  yards away from where the identification had been found. It was confirmed to be Fossett’s borrowed plane. But there was no body.

Eventually, two human bones were found about half a mile east of the wreckage.  DNA tests confirmed that these were Fossett’s.The authorities declared that he would have died on impact and that his body – sorry, this is a bit grim – would have been dragged to its location half a mile away by animals.

But more than that …

Why was $1005 in banknotes discovered with his identification?

He had borrowed the plane and not rented it so he didn’t need the money for rental payments. The airstrip belonged to a friend – there were no fees involved there. His only plan for the rest of the day was to have lunch with his wife back at their home. So why should he be carrying so much ready cash? And it’s pretty safe to assume that there was even more that had been lost or damaged.

Little had been found of the man himself; just two bones. A sweatshirt and a tennis shoe, neither of which were 100% proved to have belonged to the missing man, were the only garments found.(Animals to the best of my knowledge do not eat clothing).

Yet fragile paper money had survived out in the open for over a year.

Richard Branson of Virgin fame had helped finance several of Steve’s adventures. For many years I have regarded Branson as an insensitive clod – due to a run-in with him in the 1990s, a story too long to go into here. And he demonstrated this ably when his only comment to reporters when the aviator first disappeared was ‘Steve is a tough old boot. I suspect he is waiting by his plane right now waiting for someone to pick him up.’

Branson, you were wrong again, mate.