Home » All entertainment » Strong and Steady – The Best Reggae of 2016

“Now that I’ve introduced myself in the context of Rastafari consciousness, wellness, awareness, it is safe now to say ‘I am woman’ and all of the other things that means… playful, colorful, light, nurturing and to show sisterhood.” Janine Cunningham (Jah9)

2016 may have been a tough old year in lots of ways, but this year reggae more than delivered.

in 2016 reggae now has such an international scene that I’m as likely to hear reggae music of quality and substance from St. Croix (Akae Beka), Rouen (RocDis), Queens, NYC (Frightnrs), Leeds (Gentlemen’s Dub Club), London (The Skints) or Hawaii (Hirie) as Kingston, Jamaica.

That being said, hands down the most impressive release came from the home country. Janine Cunningham slayed, OK? All day…

2016 was the year that Jah9 became world class.  She’s always been standout – with a dub poet mentality, a strong, conscious attitude and a fine, clear voice.

With 9 she’s taken a real step. Back then she was bracketed with roots divas Tanya Stephens and Queen Ifrica. Now her peers are Erika Badu, Jill Scott, Leela James… I’d add Rhiannon Giddens and Me’shell too as Jah9 is pushing confidently into uncharted waters musically and lyrically.

Jazz and Reggae has never really worked for me. I remember being so excited by legendary guitarist Earnest Ranglin collaborating with Monty Alexander on a jazz reggae tip – but it didn’t really cut to the chase. There have been other, similar collabs, but nothing

Jah9 is heading in a whole new direction, with strong, passionate dub poetry and inventive roots arrangements. My album of the year.

Now what’s all this I read about about neo-roots?

Those nice boys over at Pitchfork Magazine would have you play Max and Lee Perry’s 70s classic War In A Babylon before listening to this immaculate new album from one reggae’s true legends. The implication is a seamless passage through 40 years. I wouldn’t go that far – strong, surprisingly pessimistic songs and a determinedly analog approach brings us pretty close, though.

The album began as a Kickstarter campaign by English producer Daniel Boyle (who had only recently coaxed Lee Perry back into the studio) Horror Zone, full of beauty and dread, sounds fantastic, and each song has a decent dub version to max out your subwoofers. It’s a work that already stands up as a roots classic – fresh and familiar with trombone stabs from Alpha Boy Vin Gordon and contributins frm the Upsetter himself.

One impressive thing about Max is that his family have grown up to support and encourage him in his work, with  family tours, shows across Europe and some fresh new collaborators. His daughter and two sons are all taking the mic to some degree. There are some great clips on YouTube of interviews and yard jams with the whole clan.

Which brings me to my third reggae album of 2016…

“I’m not rushing my releases, won’t water out my thing.  One day at a time, one step at a time. I’m still young no need to rush. Only good music last forever.” Xana Romeo – Reggaenation interview

Xana’s new album was described by Italian Reggae magazine Eventi Reggae just a few days ago as “one of the best albums of feminine roots artists this year.” They are so right.

Wake Up features collaborations with her brothers, and the fine production skills of Jallanzo – formerly of Dubtronic Kru – and Calvin “Firsteye” Bennion. Here we have a combination of a wise young singer with a clear, conscious lyrical style, and some exceptional musical overstanding. Jallanzo not only masterminds the sound, but plays drums, bass, guitar and percussion also.  The dub cuts are especially cool. Heavy bass, one drops, inventive guitar riffs, Augustus Pablo style melodica and some serious dub technique makes this my third album of the year.

Best of all is her voice, which can move from sweet and easy to sharp and edgy in a moment. And no autotune. Clear, refreshing and full of potential.

So what else is cooking? Over in Europe there’s not a great deal of roots reggae going on. Influential British DJ David Rodigan went so far as saying that reggae in the UK is dead. 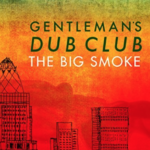 Sure there’s no Afro-Carribean Brits pulling up any trees (or should I say roots) right now, but the legacy of the ska explosion still linger in the form of London’s The Skints (no release in 2016 but check this from last year) and Leeds band Gentleman’s Dub Club who dropped the wonderful The Big Smoke late last year followed by a mix version that roped in some of Blighty’s top mix masters including Prince Fatty.

Major kudos also to The Beat feat Ranking Roger for a solid comeback album, Bounce, with son Ranking Junior and drummers Oscar Harrison of Ocean Colour Scene and Fuzz Townshend of Pop Will Eat Itself. 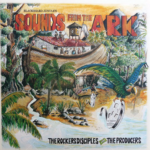 There’s stuff coming out of mainland Europe worthy of your attention too – sometimes undercover. Blackboard Jungle presents Sounds from the Ark by Rockers Disciples and The Producers sounds for all the world as if Lee Perry’s got the Upsetters back together. In fact it’s another super release from the prolific RocDis crew in Rouen, France. A sound system and label with a fine eye for detail – all their art is pure tribute. You can preview this over at iTunes. 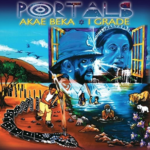 An album I’ve been listening to a lot this fall is Akae Beka’s Portals which comes out of St.Croix in the U.S. Virgin Islands. Band leader Vaughn Benjamin is a former member of Midnite – a roots band who have been gigging since the 80s. Sound wise we’re back to the Mighty Diamonds, the Abyssinians or Yabby You with a luxurious 21st century production. Great work.

Akae Bek for me is so much better than any of the US bands who have been lauded this year. There were albums by John Brown’s Body and Rebelution, both of whom can join Ziggy Marley (just give him the 2017 Grammy now, people) in the hotel pool shallow end. 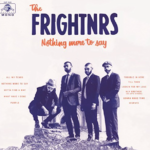 Call me awkward but 2016 was one challenging year and reggae needs to put a few thorns on the rose – especially in America.

One last mention, and the finest record out of the States, The Frightnrs released Nothing More To Say just weeks after the death of their talismanic singer Dan Klein. He succumbed to amyotrophic lateral sclerosis, also known as ALS or Lou Gehrig’s Disease. The album, like many of their Daptone label releases, has a throwback vibe – a low-fi sound steeped in Jamaican Rocksteady. 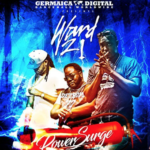 Ward 21 just killed it this year with a solid and danceable comeback Power Surge. For me these guys still rock the halls. they are confident, distinct and at times hilarious. More laughs in the grooves, people!

Elsewhere on this site I’ve been a big supporter of the Marley clan and they’ve been responsible for most of the best releases this side of the Millennium. This year they kinda fizzled – Stephen Marley  spent way too much time in the studio with his famous mates and seriously overcooked his Revelation Pt. 2 – The Fruit of Life. The acoustic Prelude was the standout track, just the man and guitar. The rest was way too produced.

Just because Kanye and Bon Iver are teching up there’s no excuse for autotune south of the Tropic of Cancer. Same goes for Damien Marley who released just one track in 2016 – Nail Pon De Cross. It had the requisite fire at its heart, but we need someone to take a bite and run with it. These are crazy times, and Jamaican music needs another Michael Smith or Mutaburuka to spark something less tech and more revolutionary IMHO. 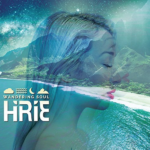 So is Island Reggae a thing then?

The easy skanking surfer scene seems to have really settled down in the Aloha State. Some of the finest laid back and acoustic reggae comes out of the Pacific isles, and one well worth listening to is Hirie’s Wandering Soul – not least because its pop reggae/soul sound is elevated from the tiki bar sound system by one seriously sumptuous production. This comes from Gary Helb, who has a CV as long as your arm, with Beck’s Guerro a standout. 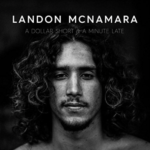 Another improbable hit comes from hot model and pro-surfer Landon McNamara. Following on from Jack Johnson andMakua Rothman  ‘A Dollar Short and a Minute Late’ dropped just a few weeks ago and it’s a chill-out beaut. Pipe charging never sounded so good. 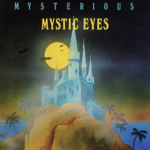 I thought that the classic era of roots and rockers had been fully mined for hidden gems. And then burning Sounds hit us with Mystic Eyes’ Mysterious from 1979.

The dread at the controls here is Lynval Thompson, one of Bunny Lee’s proteges, and the music comes courtesy of classic session band The Revolutionaries. Vocal harmony trio Mystic Eyes ( or the Mystic I) were formed by singer Anthony Johnson have Sly and Robbie bedding in the rhythms, and sound contributions from Ansel Collins, Skully Sims and Earl Chinna Sims. This is a must for roots fans, especially fans of Culture, Wailing Souls, and Mighty Diamonds. 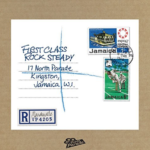 Hands down best compilation out this year was ‘First Class Rock Steady’ put out to celebrate 50 years of the genre. That musical step between the high pace of ska and the guitar upbeat of reggae this set is full of late 60s gems. Early groundbreakers by Hopeton Lewis and Alton Ellis are here, as are rude boy classics from Lee Perry and Derrick Morgan. Guaranteed smiles all round. 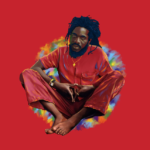 There were other comps getting good reviews, led by We Remember Dennis Brown. This is big hearted tribute to the late singer with some excellent covers of the man’s best songs by some of Jamaica’s top names. Ultimately though it’s all a little to easy and safe, and before long the lovers rock vibe begins to fade. Better off with the original and genuine.