Home » All society » The Tasaday Tribe

The Stone Age Tribe: A hoax or a hoax within a hoax? 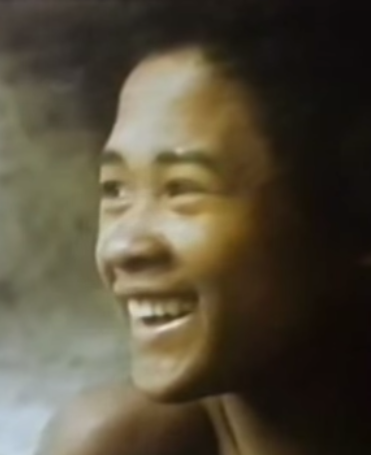 In the late sixties a beautiful and heartwarming story came from the Philippines. Reports told of a cave-dwelling tribe of people –  called the Tasaday – who lived in isolation in the rainforests.  It was said that they lived in the same way as they had done for thousands of years.

They were unaware of the outside world. Indeed, the twenty six people in the group didn’t know that other humans existed.

They had first been discovered by a local trapper and it was said that their diet consisted of yams, worms, crabs and yams. They didn’t hunt or grow crops and their tools were primitive stone-age ones. They still made fire with hand-rolled friction sticks. They wore little – just little leafy things covering their nether regions. The children frolicked and played stark naked.

They were so peaceful and loving that words such as ‘war’ or ‘enemy’ did not exist in their language.

The trapper, a man named Defal, introduced them to knives, taught them to hunt and alerted Manuel Elizalde, a government official, to their existence. Elizalde decided that the lost tribe should be a) carefully studied by experts and b) protected.

National Geographic sent out a team to study the tribe in their jungle caves and in the resultant article, they were lauded as delightful and wonderful people.

What a lovely story, so far

Elizalde protected them and had their region surrounded by soldiers to protect their privacy and maintain their way of life. Selected and fully screened visitors were occasionally allowed to visit their encampment.  One was a linguist who found that the tribe’s language had a word for ‘mortar’ and ‘roof’ – were they really unaware of the rest of the world?

Then the rumours started. An anthropologist said that he had seen the guarding soldiers smuggle cooked rice into the encampment for the tribe.  In the nearest village, locals reported that the Tasaday often visited their market, dressed in normal clothing and smoking cigarettes.

This went on until 1984 when the Marcos government, and hence Elizalde, fell. A Swiss journalist managed to find the Tasaday – who were living in traditional Philippine frame huts and wearing jeans and t-shirts. Television crews followed and ABC interviewed eight tribe members  who laughed and admitted it had all been fake.

It seemed that Elizalde had been the originator of a huge hoax.

We have to remember that when the story broke, it was the era of the emerging hippie movement –  what a utopian discovery – and the Philippine government had used the Tasaday to enhance their country’s reputation. Marco’s totalitarian government was seen as having a more pleasant face because of the existence of the Tasaday.

A hoax within a hoax?

See the videos below

Check them out and see what you think. I’m edging towards thinking that the Tasaday had not been isolated and that Elizalde had invented the whole thing as a PR exercise for the Philippines. The tribespeople are too immaculate – rather like actors. They have great teeth and unblemished bodies. There are no teenagers or elderly people. There was no evidence of any waste in their encampment. No fossils or skeletons were found. Watch the videos and decide for yourself.